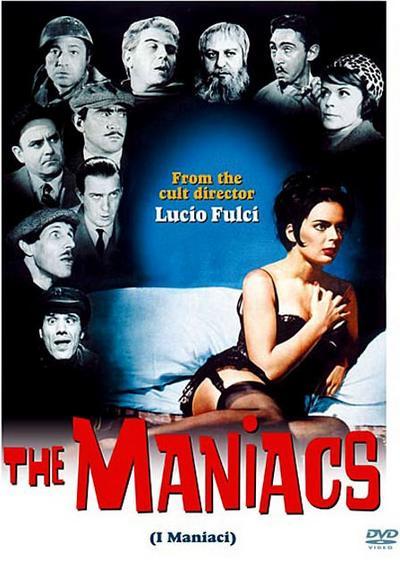 Plot Synopsis by Robert Firsching
A minor comedy from Italian filmmaker Lucio Fulci (Zombi 2; L’Aldila), this anthology is of interest primarily to cult devotees for marking the notorious director’s only collaboration with legendary “scream queen” Barbara Steele (La Maschera del Demonio). Lushly photographed and filled with popular comedians of the era (including Franco Franchi and Ciccio Ingrassia, who made several of their “Franco and Ciccio” comedies with Fulci), the film’s sketches spotlight various manias. As might be expected, nymphomania gets an extended treatment, with all the requisite mugging, leering, and smarmy asides common to Italian comedies of the period, as well as a lengthy parade of songs, many scored by Ennio Morricone, and some international burlesque performers. Enrico Maria Salerno and Walter Chiari lead a cast which includes Lisa Gastoni, Gaia Germani, Umberto d’Orsi, and Raimondo Vianello.

Lucio Fulci directed this comedy anthology that explores Italian culture of the 1960s through a series of vignettes, each focusing on a certain mania, with nymphomania unsurprisingly receiving the most comprehensive attention. Scream queen Barbara Steele stars along with Walter Chiari, Raimondo Vianello, Franco Franchi, Lisa Gatoni, and Gaia Germani; features a score by Ennio Morricone. In Italian with English subtitles.