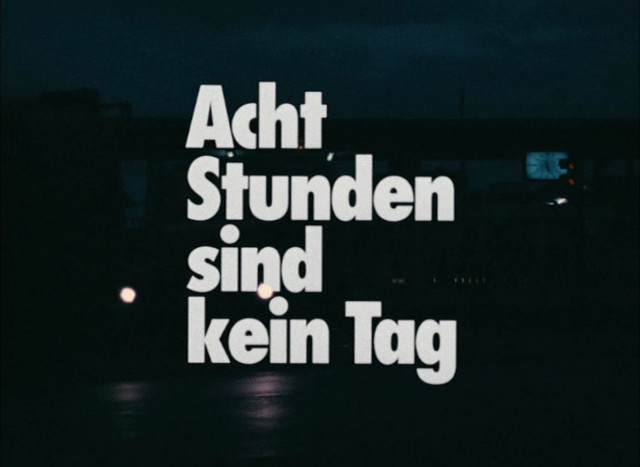 Synopsis:
Rainer Werner Fassbinder had been making feature films for three years – and already amassed a filmography that would satisfy most careers – when he decided to take on a bigger challenge. Teaming up with West German television channel WDR, he conceived of Eight Hours Don’t Make a Day, a series that would extend to five feature-length episodes to be broadcast at monthly intervals.

Centring on the Krüger family, as well as their lovers, in-laws, friends and co-workers, the series takes a sometimes comic, sometimes dramatic look at domestic relationships and labour relationships, with particular focus on skilled worker Jochen (Gottfried John, Berlin Alexanderplatz, Goldeneye) and his new girlfriend, Marion (Hanna Schygulla, The Marriage of Maria Braun).

Reminiscent of working-class soap operas such as Coronation Street and the family-based sitcoms of Carla Lane, Eight Hours Don’t Make a Day has been a one of the more difficult to find entries of Fassbinder’s extraordinarily prolific output, but is now presented here in full and newly restored by the Fassbinder Foundation.

VARIETY:
The 60th Berlinale successfully premiered the restored version of Rainer Werner Fassbinder’s three-part TV series “World on a Wire.” Now, seven years later, the Festival and the Rainer Werner Fassbinder Foundation offer a special presentation of the newly restored, 478-minute, five-part “Eight Hours Don’t Make a Day,” created in 1972 for Westdeutscher Rundfunk (WDR) network. The series, Fassbinder’s first for television, and the last of his major works to be restored, “not only established a new genre for German television but also signaled a major new development in the career of a great contemporary filmmaker,” says Juliane Lorenz, president of the Fassbinder Foundation.

Tasked with creating a new type of family series about the life of the working class, the then-27-year-old Fassbinder did away with the conventional separation between private and professional life, achieving a seamless interconnection between domesticity and workplace activity. Lorenz notes, “Alongside themes common to family series such as interpersonal disputes and misunderstandings, and love stories, ‘Eight Hours’ dealt with such issues, then foreign to television, as solidarity in the workplace, the hierarchical structure of the working world, educational opportunities for workers, free public transport, high rents, and even anti-authoritarian approaches to [raising children].”

Fassbinder was less interested in presenting social realities and educating the public than in motivating it to change the extant reality. In a 1973 interview, he said that rather than analysis, his focus was on “cultivating courage, presenting the situation as full of promise rather than hopeless, showing people that the group provides possibilities not available to the individual, which is a wonderful thing and can lead to something new.”

The production employed Fassbinder’s usual ensemble of actors, including Hanna Schygulla, Irm Herrmann, Kurt Raab, Margit Carstensen, Hans Hirschmüller, Karl Scheydt, and Rudolf-Waldemar Brem, and it provided his first collaboration with lanky leading actor Gottfried John, who subsequently played many significant roles in his films. The production was also important in firming his relationship with WDR commissioning producer Peter Märthesheimer, who would go on to produce Fassbinder’s feature films “The Marriage of Maria Braun,” “Veronika Voss,” and “Lola,” and the epic television series “Berlin Alexanderplatz,” as well as “World on a Wire.” In the book “Chaos as Usual: Conversations About Rainer Werner Fassbinder,” Märthesheimer recalls, “We had anticipated 105 days of filming and he wrapped after 97 days. He was incredibly disciplined. . . Rainer knew just how to cater to the WDR crew. Everybody loved him: his pace, his precision, the power of his artistic expression.”

German director-writer-artist Ulrike Ottinger, a near contemporary of Fassbinder, remembers,

“At that time, only few people had television, so for that kind of film, a bunch of friends would meet in order to watch together, followed by lively discussions.” Ottinger especially liked the way the daily-life talk of the working-class characters was transformed into an artificial language as in the early Fassbinder theater plays. She notes, “This effect was underlined by the actor`s expressions and performance. The films were dealing with very simple questions such as what it means to work for others, even in a Marxist sense. What I particularly liked as well was the use of kitschy elements, clichés and music citations normally used for family series on TV. But in this context they got somehow transformed.”

“Eight Hours Don’t Make a Day” is preserved as a 16mm original reversal positive. This material was digitized and restored under the artistic direction of Lorenz by Arri in 2K resolution. 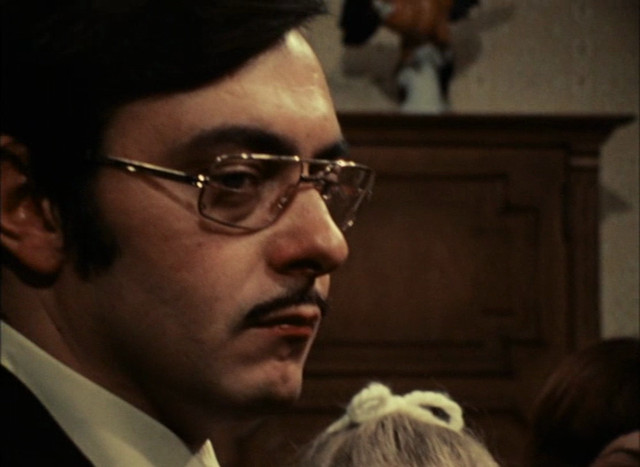 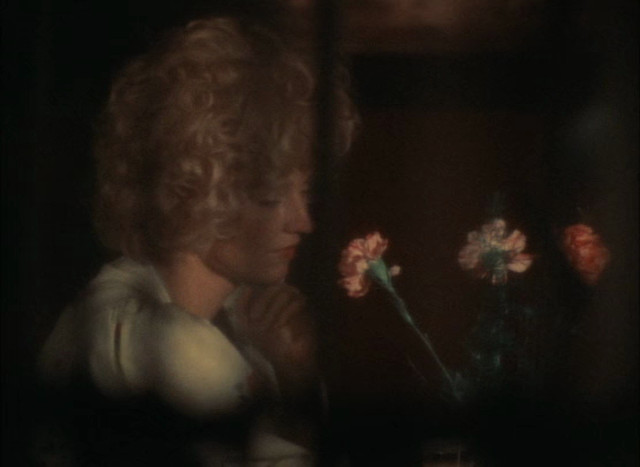 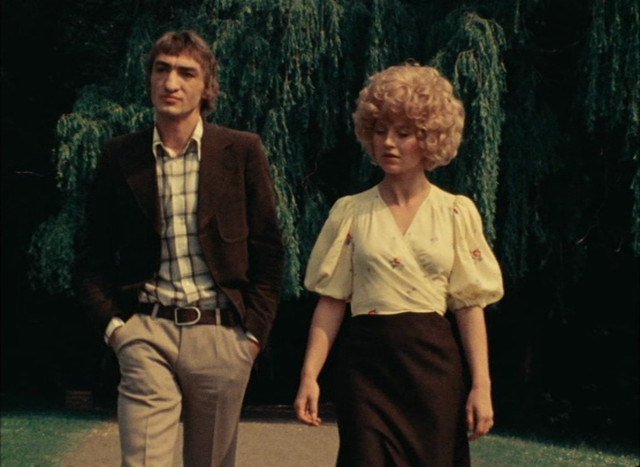 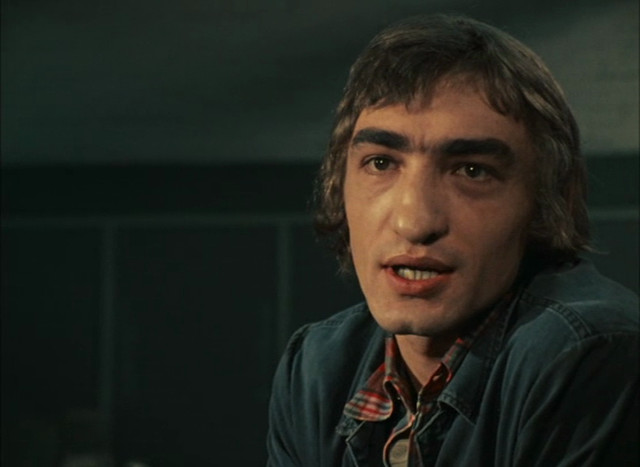 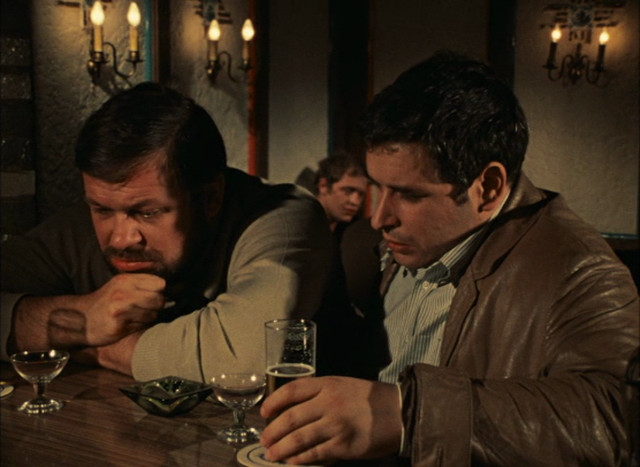 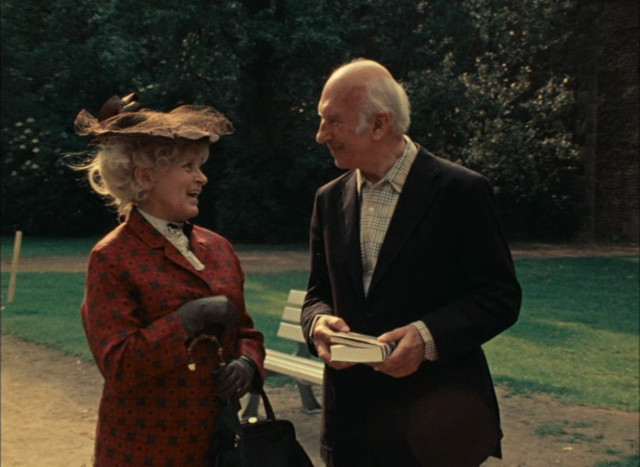