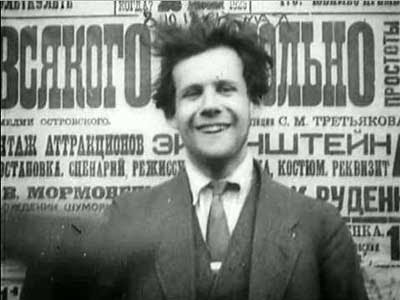 ” Eisenstein’s interest in film began with an appreciation of the work of D.W. Griffith, whose editing style influenced him in the production of his first cinematic endeavor, the 1923 five-minute newsreel parody Dnevnik Glumova. A stint with Lev Kuleshov’s film workshop followed, as did an increasing fascination with the burgeoning avant-garde.”

One voice from IMDB

I regard Eisenstein as one of the few men who created cinema. Whilst his ‘Potemkin’ is considered as his peak as well as in craft and influence, I still consider ‘Oktyabr’ and the two ‘Ivan’ films to go even further in both occasions. So we might get the perspective of how huge a figure we are dealing with. Now that the directors are getting smarter and realise that sound really has not improved the performance by adding text they will go back to films of the early Eisenstein.

This short film, a few years older than his debut ‘Stachka’, continues the tradition of Eisenstein’s high craft. See, of utmost importance in his cinema has always been the notion of theatre, and in all of his films this formula is repeated. This is also important in the concepts of montage, which he not only developed, but recreated with each film, every single time in a different form.

Here we see something more of a mere exercise; Eisenstein was without peer the pioneer of finding the rhythm (I would say that the MTV films get all of their capabilities from him) and even the not so important (read simple) Eisenstein is better than the good films of average minds.

But this is, much like Welles’ ‘The Heart of Age’, something more than just a student film. This has an already accomplished vision. 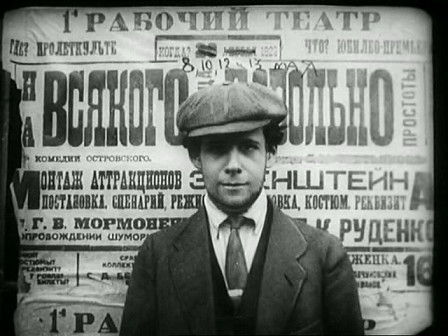