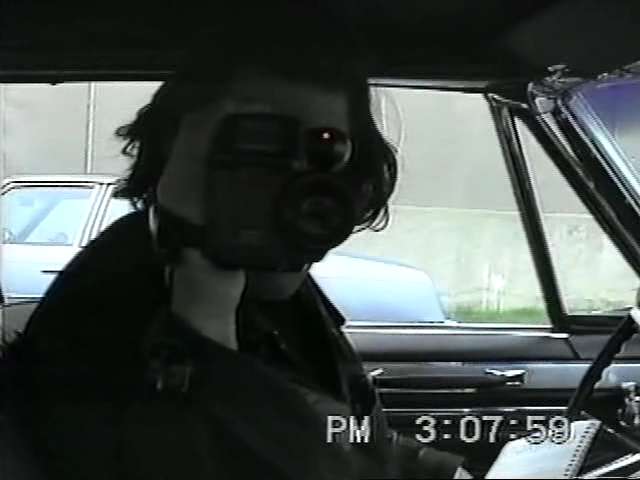 For over 20 years Sophie Calle’s work has taken the form of photographic installations and chronicles, whose structure and form reflect a narrative approach – both within themselves individually and, taken together, in terms of Calle’s own career. Born in Paris in 1953, Calle’s early work dates from a world trip in the 1970s that lasted seven years. During a stay in California in 1978 she took her first photographs – graves marked Father and Mother – with no professional intent, she simply had come upon something that ‘her father might like’. On her return to Paris she began tailing unknowns in the street as part of a conscious ‘drifting through the city’, recording the results in notebooks containing photographs and texts.

By the 1980s the emphasis had moved to her own feelings resulting in the construction of a set of rules and rituals intended to resolve certain personal difficulties. This was followed in the late ‘80s and ‘90s by a concentration on the concept of sight and more recently issues to do with the disappearance of people and things.

The exhibition is the first opportunity for a detailed cross-referencing of the specific themes Calle has been working on throughout her career, themes which are frequently centred around the bed. This motif made its appearance in her first project The Sleepers, 1979, in which, over the course of a week Calle invited various friends and unknowns to sleep in her bed for eight hours each. The resulting photographs and narratives were shown at the Venice Biennale, 1980, and this first exhibition resulted in her decision to ‘become an artist’. The bed is also the focus of Bedroom, 2003, in which we find the emblematic material of the Autobiographies she has been working on since 1988. In Journey to California, 2003, Calle recounts the travels of her bed to an unknown person coming to terms with a failed love affair.

The same leitmotiv is also implicit in many of her other works, among them the masterly Exquisite Pain, 1984-2003. This three-part work is based on the artist’s recollection of a break-up she considered at the time as the most painful experience of her life. The theme of the bed occurs again in No Sex Last Night, 1992, a road movie shot in the United States with Greg Shephard, shown here in its VHS format, Double Blind, 1992.

The exhibition is also pervaded by issues of absence, disappearance and want. The Shadow, 1981, has two voices recounting both a detective’s investigation of a day in the artist’s life and the artists’ own account. In Twenty Years Later, 2001, Sophie Calle repeated the experiment – at the instigation of her gallery director Emmanuel Perrotin.

The exhibition is curated by Christine Macel, Curator, Centre Pompidou, and is organised by the Centre Pompidou, Paris. It will travel to the Martin Gropius-Bau, Berlin, and the Ludwig Forum, Aachen.

A catalogue, published by the Centre Pompidou and Xavier Barral Publishers, with essays by Yve-Alain Bois, art historian and writer, Olivier Rolin, writer, Christine Macel, and a contribution by British artist Damien Hirst, accompanies the exhibition

In her premiere video project, French conceptual artist Sophie Calle joins with Gregory Shephard to create a voyeuristic tour de force. Armed with camcorders, Calle and her collaborator/partner Shephard head West in his Cadillac convertible to produce and document a real-life narrative of their journey and their relationship. With America as the backdrop for this unconventional coast-to-coast road movie, Calle and Shephard each narrates and records a personal diary, presenting strikingly different versions of the narrative/relationship. Aiming their dueling camcorders, the protagonists chronicle the elusive landscapes of human relations, wrestling to reconcile self, sexuality, and desire. The viewer is challenged to reconsider the subjective and cultural roles imposed by gender, sexuality, power, and tradition. Throughout, Calle seeks to redefine through personal investigation the terms and parameters of subject/object, public/private, truth, fiction, and role-playing. The quasi-documentary style evokes the films of Chris Marker, to whom Double-Blind is dedicated. 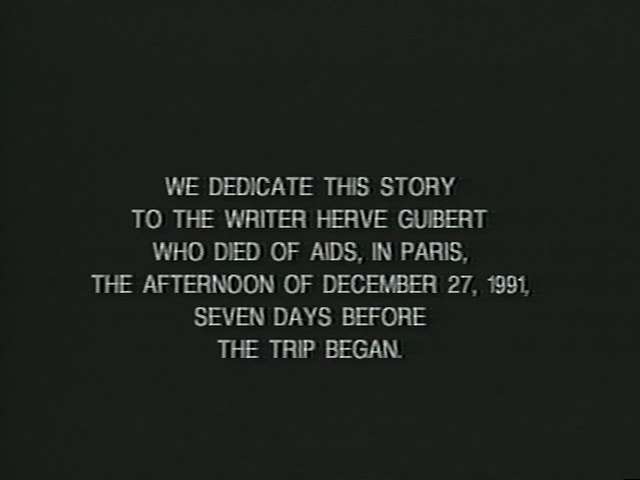 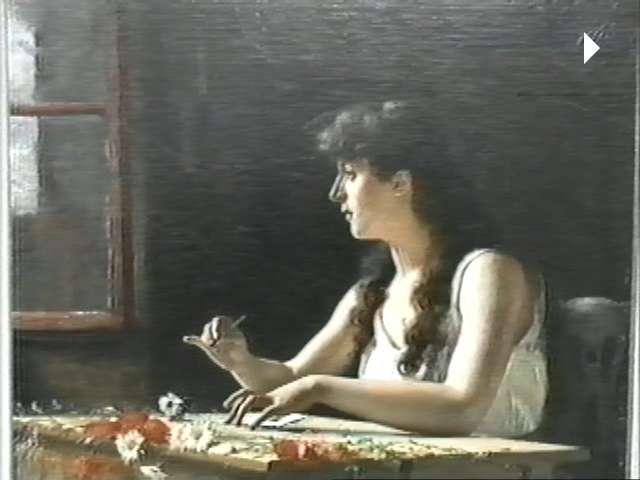 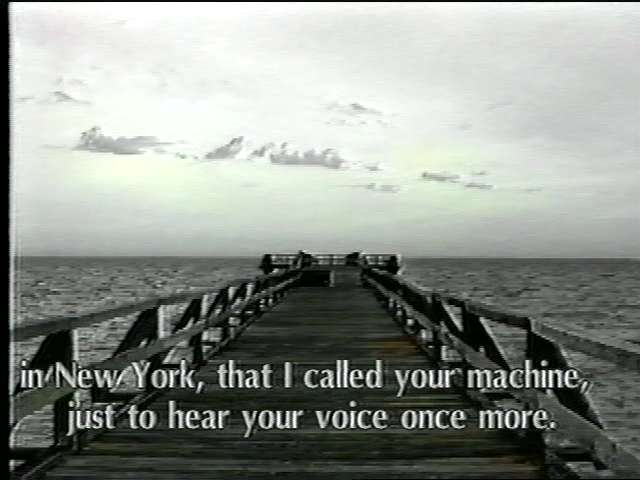 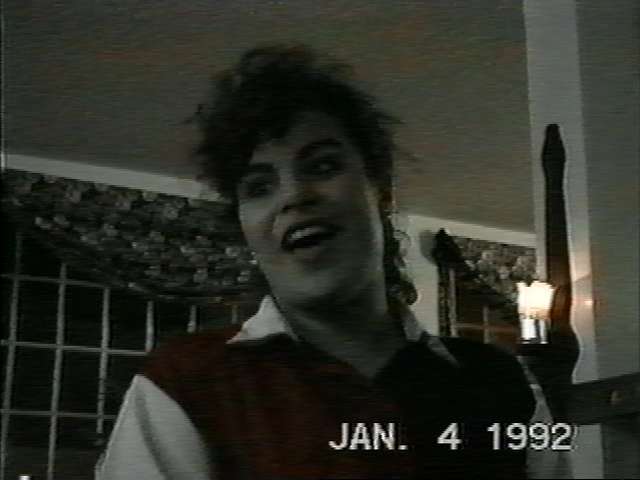 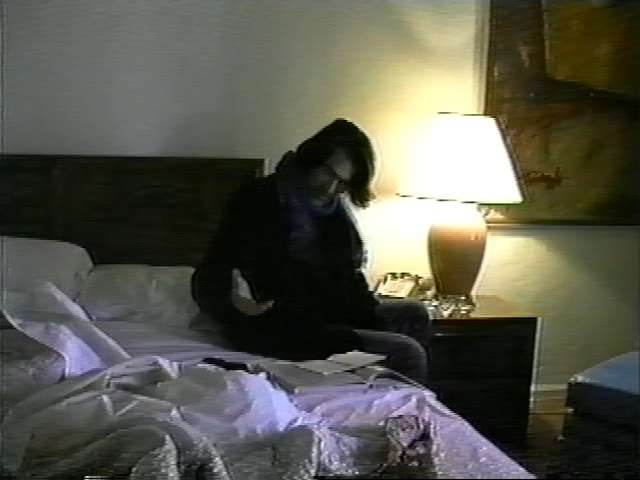 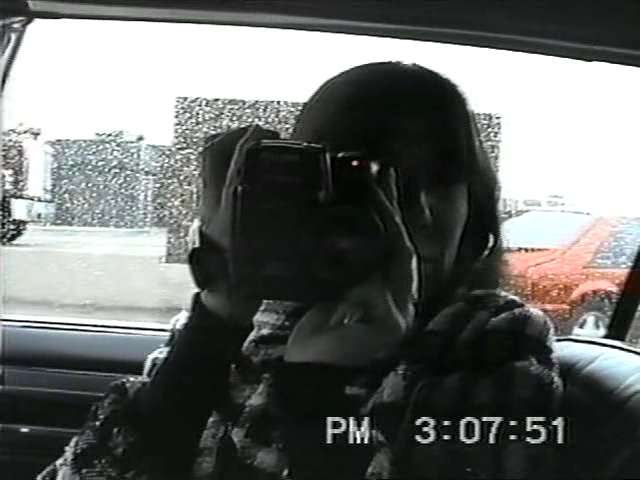