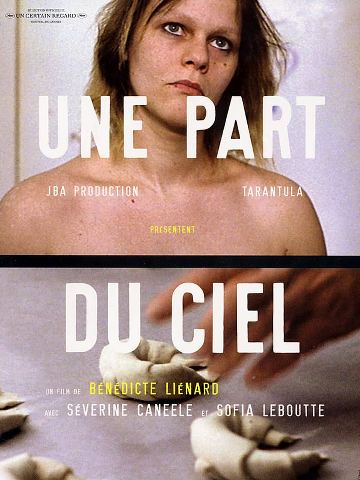 Every day Claudine toils on the production line in a food-processing factory, but as a union leader, she works even harder to get better pay and working conditions for her fellow employees. The days of strong unions are in the past, however, and Claudine senses her union is losing its clout. When Joanna, a friend in prison, needs her to speak up on her behalf, Claudine hesitates, knowing it will diminish her reputation and undermine her role as a union official. In her feature film debut, director Bénédicte Liénard offers a provocative political tale without sacrificing humanity or style. As a social drama with a human face, A Piece of Sky strikes out against injustice. —Blaq Out