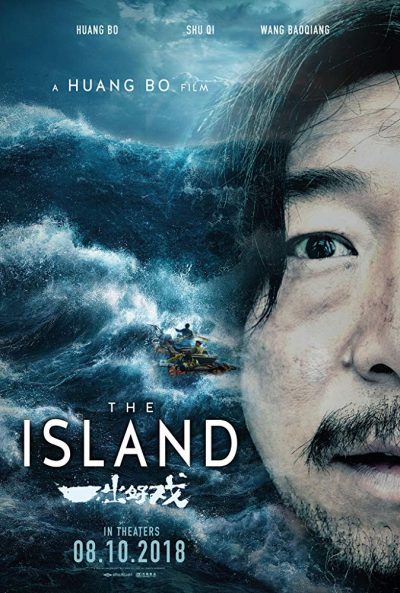 Quote:
Chinese comedy superstar Huang Bo (“Journey to the West: Conquering the Demons”) makes a good first stab at directing with “The Island,” an entertaining if overlong dramedy about company workers splitting into rival factions after being shipwrecked on a desert island. This mix of broad humor, survivalist drama and romance opens brightly and ends with a bang but stutters a little in the middle. Huang’s name and a cast including box-office draws Shu Qi and Wang Baoqiang should ensure strong domestic business, while the universally accessible “Lord of the Flies”-like premise ought to help attract audiences in offshore markets. “The Island” opens in China, North America, and several other international territories on Aug. 10.

Huang, who collaborated on the screenplay with no less than six writers, also plays the central role of Ma Jin, a debt-ridden, middle-aged loser. Along with goofy best buddy Xing (Zhang Yixin), Ma is obliged to participate in a corporate team-building exercise on an amphibious bus called the Surfing Duck Boat. Before the craft has even hit the water, it’s clear Ma cares little about the rah-rah rallying of boss Zhang (Yu Hewei) and only has eyes for Shan Shan (Shu Qi), a colleague he adores but is too scared to talk to.

Funny lines and amusing sight gags pepper the opening sequences, culminating in Ma going ape when the numbers on his 60 million RMB ($8.8 million) lottery ticket come in. In the blink of an eye the bus is hit by a tsunami triggered by a meteor passing dangerously close to Earth. Following a spectacular sequence in which the vehicle narrowly avoids underwater collisions with a massive freighter and a huge whale, it lands on an island in the middle of nowhere.

Without any means of communication and thinking they may be the only survivors of Doomsday itself, the 29-member group soon begins squabbling. While not devoid of humorous moments, the film’s middle section plays out primarily as a political allegory and study in human reaction to adversity. First to emerge as leader is bus driver Dicky Wang (“Lost in Thailand” star Wang Baoqiang), a former soldier and circus monkey trainer who uses violence and intimidation to establish a dictatorship. A breakaway group led by Zhang and pony-tailed heavy Yang Hong (Fang Xiaohang) set up camp in an overturned ship that has washed up on a beach and introduce a capitalist-style trading system with playing cards serving as the new currency.

Though the pace drags with a few too many scenes showing how power corrupts everyone it touches, the film leaps back to life when Ma and Xing emerge as peacemakers. Their diplomacy unites warring parties and initiates a period of collective harmony that includes a delightful, flash mob-style dance sequence. What many viewers will find most satisfying is Ma’s motivation for bringing an end to factional hostilities. After resigning himself to never collecting the lottery winnings, Ma wants only to prove himself worthy of Shan Shan’s love. Seen only briefly thus far as the voice of reason in a world going mad, Shu steps into the spotlight at this point with all the screen magnetism she’s become famous for (in films such as “If You Are the One” and “The Assassin”).

Now firmly anchored by this appealing odd-couple romance, “The Island” packs in plenty more plot twists en route to a highly satisfying finale that is somewhat undercut by the inclusion of “what happened next” footage during the lengthy end-credit roll.

Attractively filmed on stunning locations, “The Island” is very well served by an eclectic score that includes everything from jazzy jungle rhythms to atmospheric synthesizer soundscapes that wouldn’t be out of place on an early ’70s Krautrock album. All other technical contributions are right on the money.