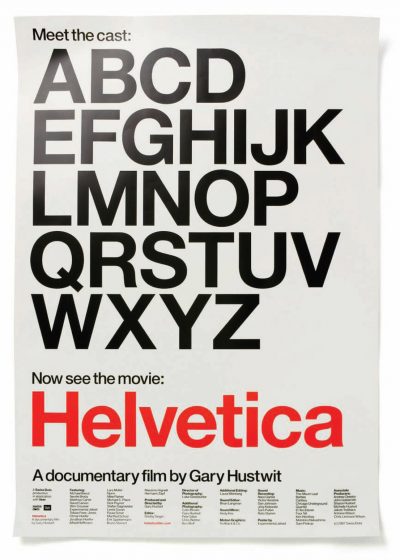 Quote:
There was a joke at Sight & Sound of old, that the designer was holding up the layouts because he needed to ‘kern the folios’ – that’s to say, he was recalibrating the space between the numerals informing us what page we’re on. See for yourself how needful a task this might be – and welcome to the micropolitics of the division of labour in the print-based communications industry, where what the words say is only a part of where brain-time is spent. Helvetica is a san-serif typeface – like the adjacent credit matter, rather than this sentence, it lacks those nice little spikes at letter-ends – and what’s lovely about Gary Hustwit’s documentary is that it not only gets across the passions, absurd and detailed, that shape this world (passions about effects few of us can name and some never notice at all) but also sketches a timeline in changing technologies and fashions over a half-century.As well as mapping the triumph of 1950s functional modernism, reactions and counter-reactions, it very elegantly summarises much of what was variously felt to be at stake in the decades that followed. Helvetica swept out of Switzerland to fuse with the zeitgeist: in Europe, it established or rebuilt social responsibility, cutting a sane (or anyway legible) swathe through the thickets of the Gothic typeface, that dense and spiny symbol of Nazi officialdom; in the US, it was a dynamic managerialist Now driving twee generations of amateur-hour mom-and-pop adverts off the magazine pages. Was a price paid for its success?

Introductory and concluding talking-head commentaries bracket a chronological middle section: the first designers to embrace it say why, while participants tell how the face was developed at the Haas foundry; then successors down the decades chime in, all intercut with a blizzard of examples, low, high, straight and strange, from billboards to badges, CDs to WCs. Thus veterans defend their patch with gravitas and silky menace, against engagé hippies, try-anything post-punkers, faux-naïf post-everything nu-fogeys. The perhaps slightly pat broad sociology of design this seems to sketch, from pre-modern chaos to corporate grid-form monolithicity to directionless computer-controlled postmodern democracy, gradually becomes a torrent of obsession, a flow of subjective disagreements bordering on lunacy: Massimo Vignelli declares Helvetica a cure for disease, visual and mental; Paula Scher serenely blames it for the Vietnam and Iraq wars. Why is it everywhere? Because of its invisibility (you can use it for anything), or because of its neutrality (you can project anything on to it), or because bad taste is after all ubiquitous. It’s reassuring! But it’s boring! But it’s unimprovable! And now it’s in our blood! History comes to an end when choosing either side is meaningless…

At one point, design historian Rick Poynor – deployed as the voice of commonsense overview – uses the word ‘subliminal’, casually referencing a long-banned technique of vanishingly brief messages flashed up in adverts; design, it’s implied bypasses our conscious awareness with its non-verbal filigree, hence its hold on us, its importance and its perils. Thus are we hipped to the secret conviction of all designers, or so the film slyly hints – that they are the unacknowledged legislators; that it isn’t the words at all that agitate your brain or soul, but the white shape between them. In negative space (as film critic Manny Farber knew), everyone can hear you whisper.

Unfortunately, subliminals were some time ago revealed to have been a wholly unscientific scam; adverts – it unremarkably turns out – work by what they clearly and attractively (and repeatedly) say, or omit. Helvetica has the oomph of neat selective clarity, but it’s what’s left out that gets its own likeably memorable summary into viewers’ heads. Thus: we never see explained or dissected how a given layout might amplify or muffle meaning; no other font is compared or contrasted with Helvetica at the level of concrete detail; the he-said-she-said politics is flimsy speed-read at best, ‘modernism’ a handwave for rationality and cohesion, ‘pomo’ for social revolt lite, both more principle-as-flavour than agitation or organisation. Because, in the end, this tale isn’t about left or right, or large or small, or futures or pasts, or even meaning. It’s about a much older and unresolvable war, the struggle between tidiness and mess. And that’s why it matters to kern the folios – or, where applicable, not. 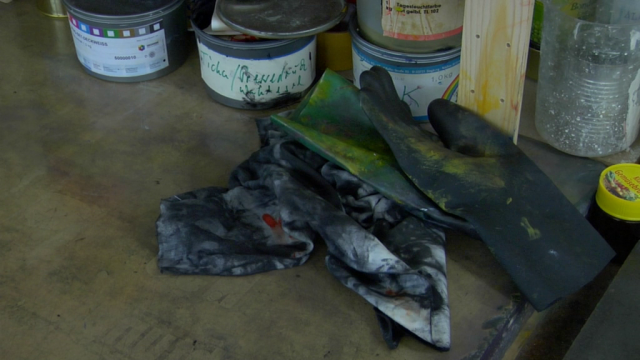 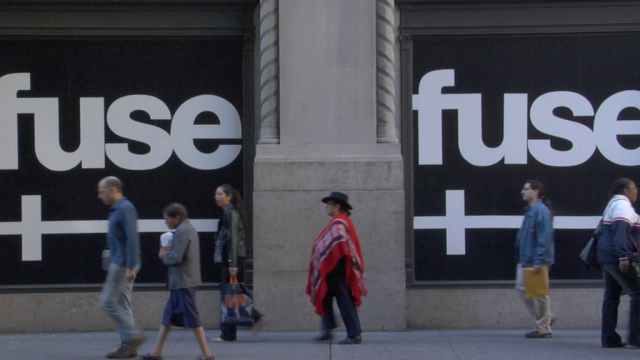 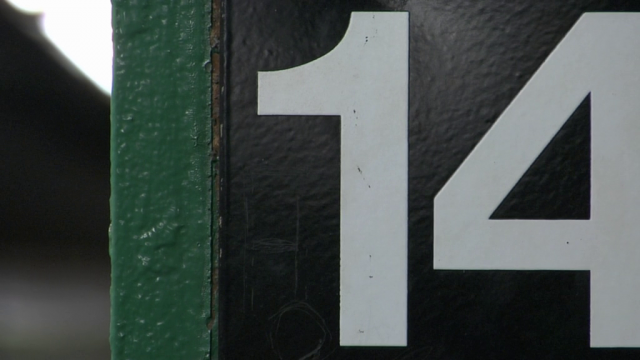 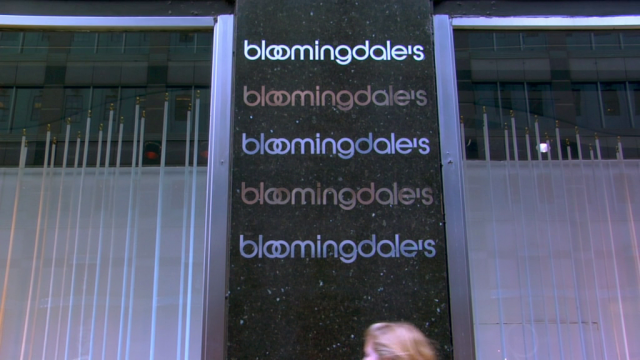 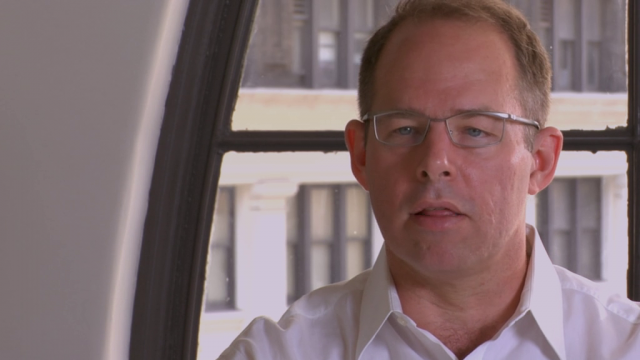 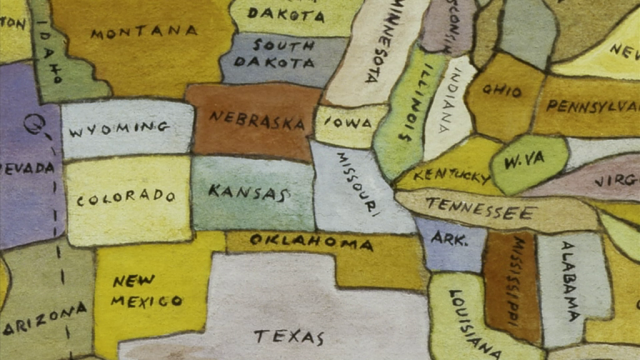 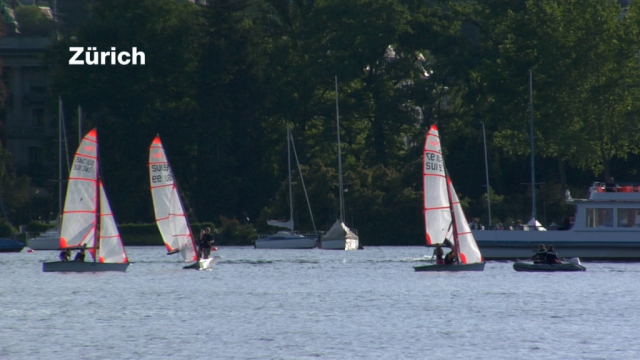 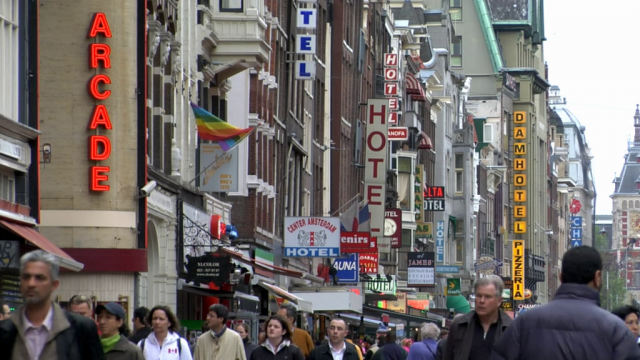