Jeff Feuerzeig – Half Japanese: The Band That Would Be King (1993) 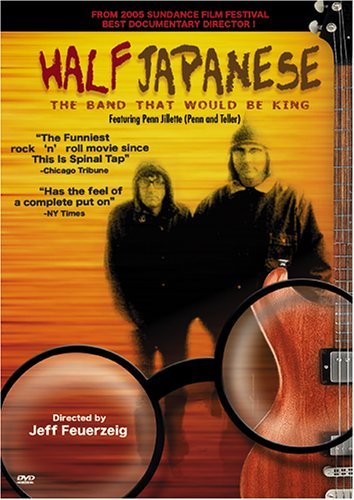 Jad and David Fair are Half Japanese, “The World’s Greatest Underground Band” and the most unlikely pair of rock heroes as can be imagined. Half Japanese play their hearts out on rooftops and nursing home back porches while overzealous fans and rock critics plot the next Beatlemania that never comes. A conspiracy of the Corporate Rock world? Perhaps.

Hyperbole posing as documentary? You decide. Featuring new performances by this power duo and their musical co-conspirators, THE BAND THAT WOULD BE KING is a wildly eccentric as the subject it captures. It takes us on a humorous journey to the birthplace of Punk Rock – a world where MTV, Rolling Stone Magazine, Commercial Radio and the Major Record Labels don’t exist and anarchic teen-age spirit and raw unadulterated passion reign king. 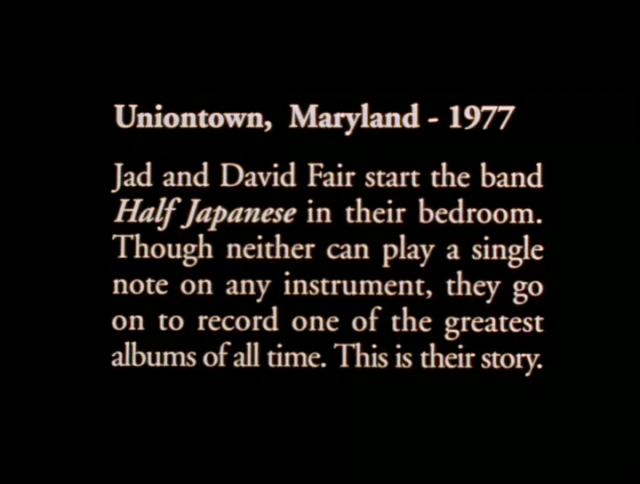 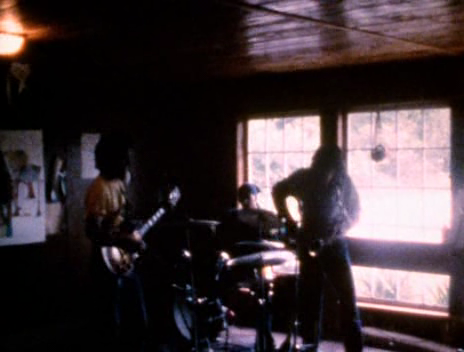 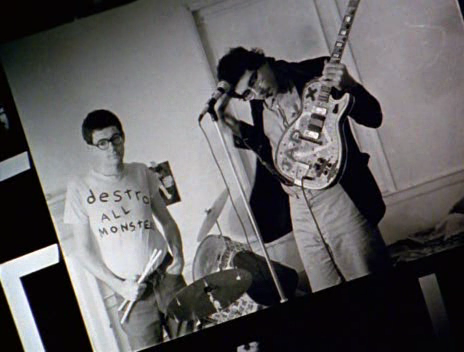 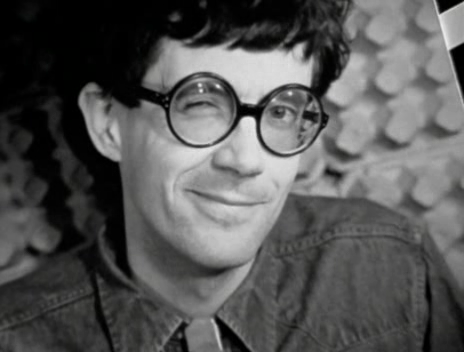