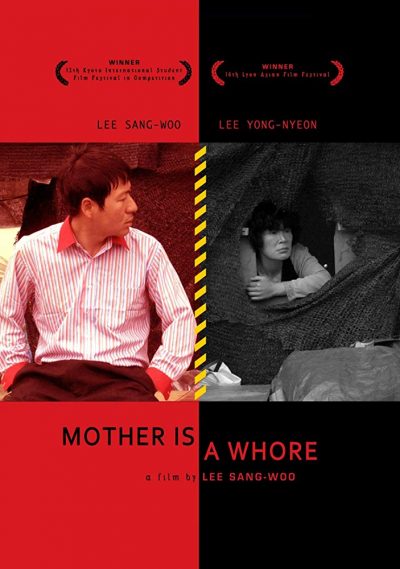 Quote:
“My Mother is a Whore” is a dark piece of Korean independent cinema from the multi talented Lee Sang Woo, who wrote, produced, directed and even takes the lead role in the exceptionally grim drama. Complimenting his similarly themed “Father is a Dog”, the film is another bleak family tale, which also stars Lee Yong Nyeo, Kwon Bum Taek, Kim Ji Hee and Yoo Ae Kyeong. Given the subject matter, themes and tone of his work to date, Lee has perhaps unsurprisingly been compared with a young Kim Ki Duk, having previously also worked on his recent “Time” and “Breath”.

As the title suggests, the film follows Sang Woo himself as an unfortunate, angry HIV-positive 38 year old man who lives in a shack, pimping out his 60-year-old mother (Lee Yong Nyeo) to survive, advertising her as the ‘cheapest whore in Korea’. Wandering around the outskirts of Seoul and trying to drum up business, he also has to deal with his unpleasant father (Kwon Bum Taek), who has now married a younger, fanatically religious woman (Kim Ji Hee). With his mother’s health deteriorating and his own problems getting worse, Sang Woo finds himself getting involved with his father’s new family, in particular wayward daughter Hee Soo (Yoo Ae Kyeong), with conflict becoming inevitable. 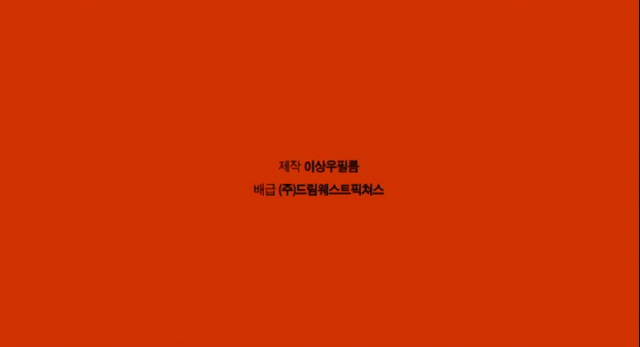 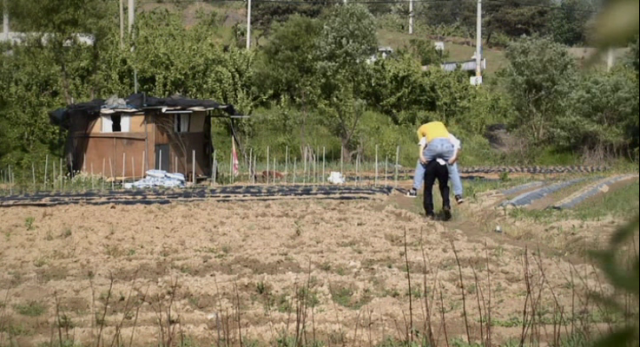 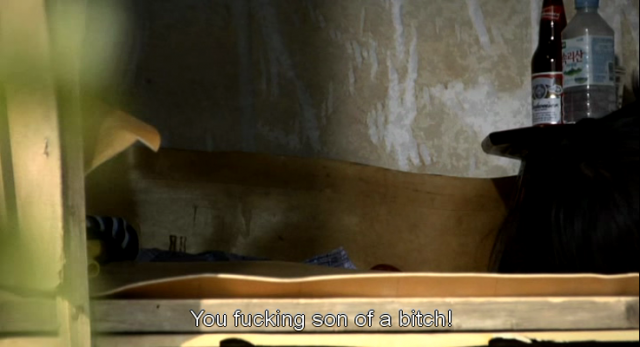 Quote:
“My Mother is a Whore” certainly kicks off as it means to continue, with Sang Woo carrying a young disabled man through a wasteland to a rundown shed to have sex with his mother. The film really doesn’t make for easy viewing, and does indeed have much in common with early Kim Ki Duk efforts such as “Address Unknown” and “Birdcage Inn”, sharing their ramshackle settings, and dealing with themes of abuse, violence and hypocrisy, as well as making use of religious imagery in ambiguous fashion. Sang Woo directs with a naturalistic style, achieving a depressingly matter of fact grimness as he charts everyday realities such as the mother’s incontinence, washing out condoms for reuse and the general harshness of trying to scrape out a day to day living at the very bottom of the economic spectrum. As well as unhygienic, the film is very graphic in places, and although never over the top, it is relentlessly unpleasant, and unflinchingly explores some very rough and nasty territory indeed.

Where the film really succeeds is through Sang Woo’s obvious skill as a storyteller and writer, with its string of interesting outsider characters helping to keep things engaging despite a slightly meandering plot – a large part of the film being so fascinating comes from the gloomy series of customers who turn up at the shack, ranging from the disabled to young off duty soldiers, the lowdown, and the just plain weird. The film does a great job of keeping everything believable, with no cheap caricatures or art house obscurity, with reasons and motivations explaining the casts’ behaviour. What makes the film markedly uneasy in places is the way in which he manages to find at least glimmers of recognisable humanity in even the worst of his characters, and the film is horribly convincing throughout. 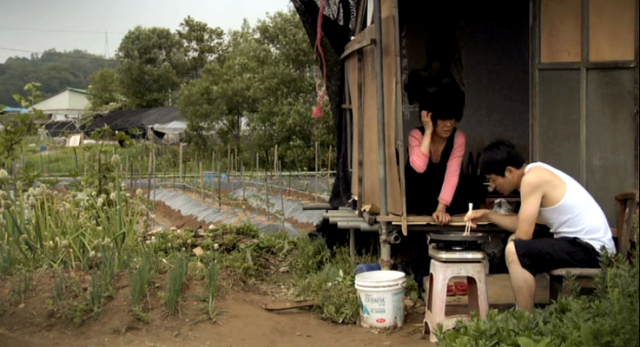 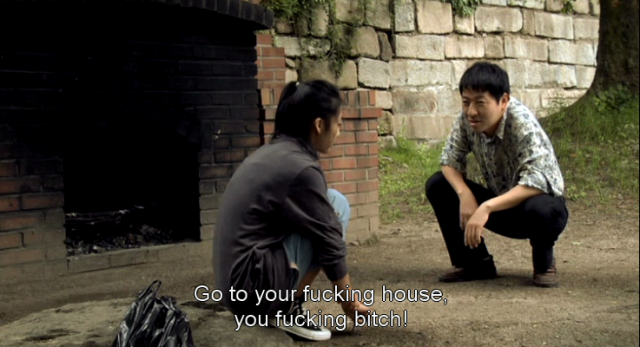 Quote:
The film is clearly driven by its relationships, and the dynamics of its two central families. This works very well, and although Sang Woo and his mother start off seeming as if their bond is a strange and cruel one, as things go on he becomes oddly likeable, with his scowling exterior masking a tormented soul and impotent rage. Genuinely caring for his mother in his own way, the film uses their partnership to raise a variety of uncomfortable moral questions, especially since she makes it clear that she enjoys her profession, and that he quite possibly wants her to stop, being forced to live this way not through choice. Their relationship is contrasted with that of his father and his new family, which without giving too much away is soon shown to have something monstrous lurking behind its seemingly normal and loving façade. Sang Woo uses this to extremely powerful and shocking effect, with some of the later revelations helping to make the film particularly intense during its ominous final act.

“My Mother is a Whore” really does have the effect of a punch to the gut, brutal, gripping and directed with an impressive maturity and controlled sense of anger and an incisive grasp of the darker regions of the human soul. Although perhaps likely to be a little hard going for some viewers, the film is easily not only the best Korean indie production for some time, but also one of the best in general, and clearly marks Lee Sang Woo as an exciting young talent. 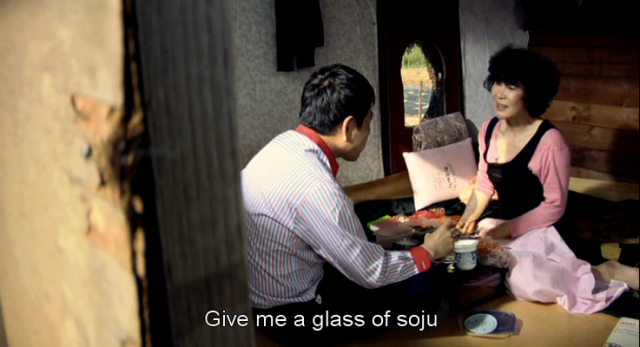