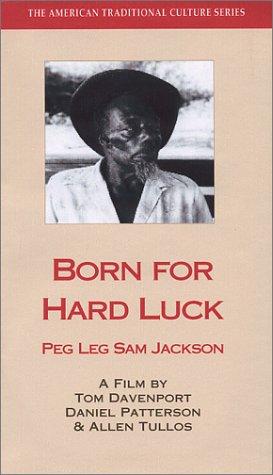 Between the Civil War and World War II, many gifted and restless young black musicians found careers in the traveling patent-medicine shows, a favorite entertainment in the rural and small-town South. They sang and recited comic routines and danced to attract a crowd for the pitchman and his sales of wonder-cure “snake oil.”

“Born for Hard Luck” includes highlights from Peg Leg Sam’s performance at a North Carolina county fair in 1972, the only film record of a live medicine show. It gives excerpts from his comic routines, a mock chanted sermon, “toasts,” folktales, three buck dances, and his brilliant harmonica playing and singing of “Reuben Train,” “Greasy Greens,” “Hand Me Down,” “Who Left My Backdoor Running,” and “Froggie Went A-Courting.”

Peg Leg Sam seems most proud of his skill on the harmonica: “I’ve met a heap of good harp players, but they were scared of me when I came into town. I was a young fellow and could suck on a harp! I was playing two harps–one in my mouth and one in my nose.” Other harp players could justifiably be scared of his tour-de-force “Fox Chase” (on both Flyright LP-505 and Trix 3302), performances probably unmatched on records. But Peg’s incidental criticism of other musicians during a jam session at Chapel Hill in 1973 showed that he is also aware of his own superior sense of pitch and rhythm. And he is a master of vocal and instrumental tone color and phrasing. Jackson also shows great individuality and freedom in reworking older pieces. His “John Henry” (Flyright LP-507A) opens like a fairly stock version of the ballad, but the death of the hero gets lost amid intricate train imitations and demonstrations of Peg’s ability to play the harmonica through his nose and without hands and to drop the instrument and catch it without losing a beat of the song. His two recordings of “Back Door” (Flyright 508B and Trix 3302) share few beyond their opening stanzas. Peg even stamps “Froggie Went A-Courting” with his signature in its final verses. Conversely, in his spoken narrative he makes an artistic performance of even accounts of his own experiences–establishing setting, mimicking voices, punctuating the accounts with his medicine-show refrains (“Funny things happen in this world!”) and doubtless freely inventing grotesque episodes, as when he tells of scratching the old lady’s nose with his claws when he left Buffalo. 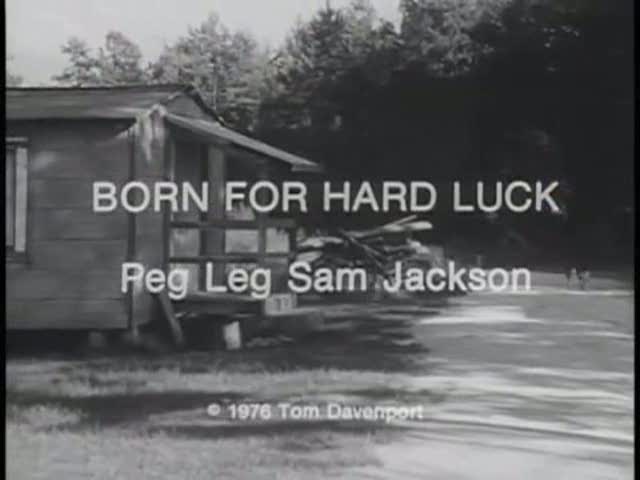 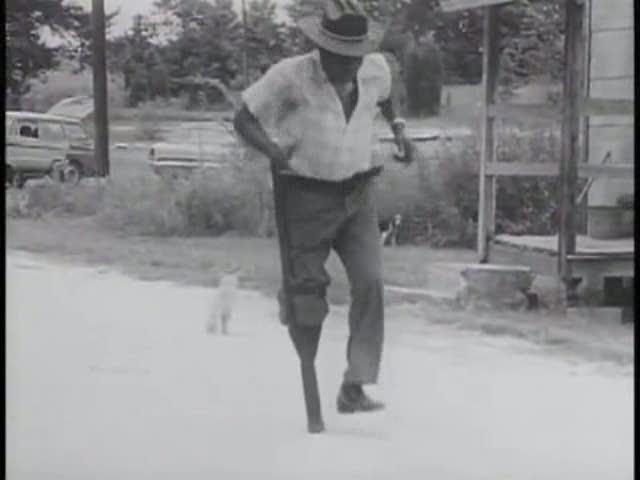 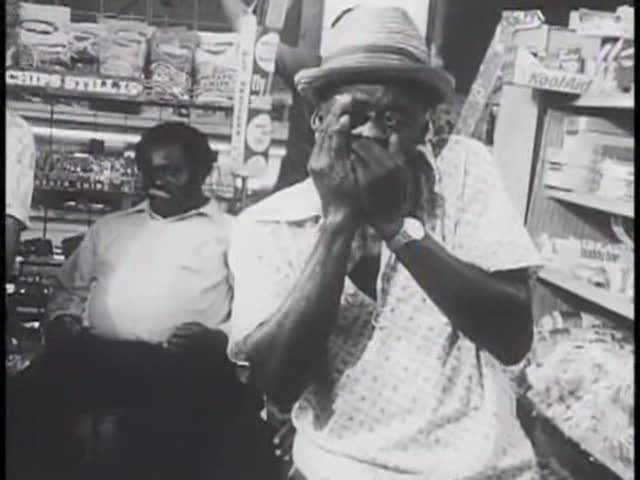 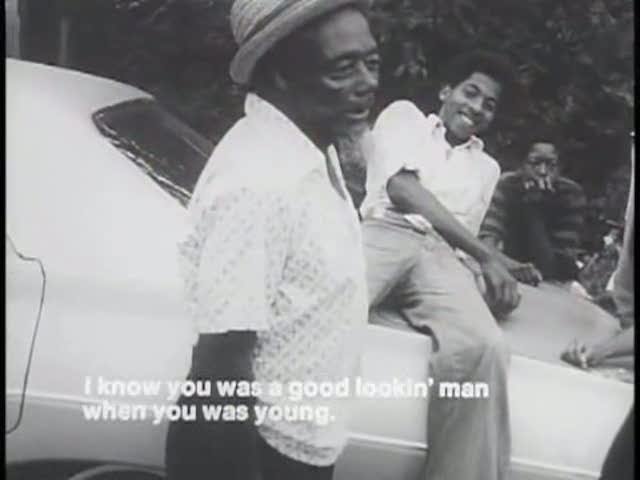 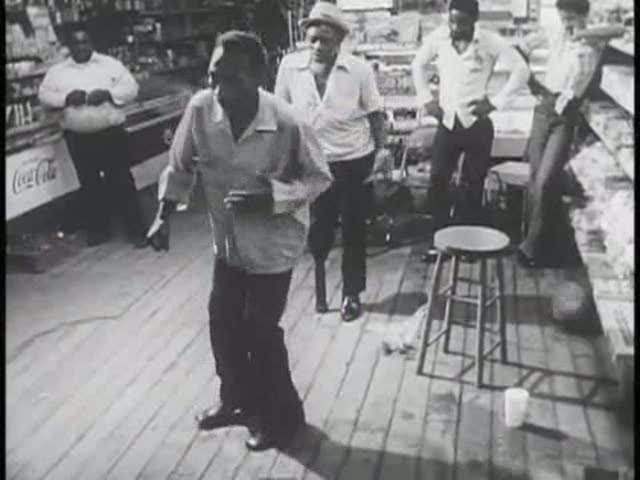