Also known as “Peter I, Parts I and II,” and “The Conquests of Peter the Great, Parts I and II.” Soviet Union, 1937 (Part I) and 1938 (Part II). Black and white; Russian language; Running time: 96 minutes (Part I), 96 minutes (Part II). Directed by Vladimir Petrov. Screenplay by Vladimir Petrov, based on a book by Alexei Tolstoy. Starring Nikolai Simonov as Peter I, Nikolai Cherkasov as Tsesarevich Alexei, Alla Tarasova as Empress Catherine I, and Mikhail Zharov as Alexander Menshikov.

This, the first Soviet depiction of Peter the Great, set the stage for what would become the post-Revolutionary line concerning the early Romanovs. Rulers like Ivan the Terrible and Peter the Great were widely admired for their dedication to Russia and their absolute determination to enhance her position in the world. But praise for the hated later Romanovs conflicted too heavily with the very beliefs that had brought about the Revolution in 1917. The 1929 film “Rasputin: Prince of Sinners,” co-produced between Germany and the USSR, had been permitted as it presented a completely negative portrayal of Nicholas II. “Pyotr Pervy,” on the other hand, suffered from Soviet expectations. The film, like Sergei Eisenstein’s later “Ivan the Terrible,” celebrated not so much the personality and reign of the individual sovereign it depicted as much as it glorified his deeds and struggle to overcome his enemies.

The film, which was shot at the Lenfilm Studios in Leningrad, opens at the Battle of Narva, and is essentially a chronicle of Russia’s struggle against Sweden in the Great Northern War. Peter is shattered at his army’s defeat, and reluctantly retreats. Determined to obtain a victory, he has the bells of a local monastery melted to make cannonballs, and orders the priests and monks into battle to preserve Russia against the invader. Subsequent scenes depict the opposition of both the boyars and certain members of the Orthodox Church to Peter’s plans. The historical conflict his western ideas brought about, and the widely-held belief that Peter was indeed the Antichrist, are portrayed as the common people struggle to come to grips with his unconventional ideas.

Peter triumphs, and leads his army in battle. His historical determination is shown in a scene where Peter himself takes command of an artillery mount, and loads a cannon himself, declaring to his men, “That’s the way to do it!” The fortress falls and is triumphantly stormed by the Russians.

The film delves briefly into Peter’s personal life, exploring his friendship with Alexander Menshikov, and his meeting, and subsequent relationship with, his future wife Catherine. His decision to found St. Petersburg is also shown, as is the toil of the workers forced to construct his new city-fortress on the banks of the Neva. While the city is built, Peter is shown supervising the shipyards, himself manning a forge to help with the construction. Peter’s quest to drag his country toward Western ideals is shown when he confronts a man who, in opposition to his orders, has kept his beard; the Emperor grabs a razor and cuts it off himself. Such episodes alienate the people from their ruler, and, when St. Petersburg suffers a flood, it is whispered that it is the wrath of God against the Tsar.

An illness of the Tsar causes members of the boyar families to conspire with his son Tsesarevich Alexei. He, in turn, assures them that when his father dies he will disband the Army, stop the war with Sweden, and return the capital to Moscow and restore the lost traditions of the Court. The Emperor, however, recovers, and, after a confrontation with his son, the Tsesarevich flees, fearing that his father will replace him in the line of succession.

Part II opens with the Battle of Poltava, an immense scene with thousands of extras portraying Russian and Swedish soldiers. As the war continues, Peter’s attention is gradually focused on the growing troubles with his son, who has fled to Europe. When Alexei returns to Russia and begs forgiveness of his father, Peter confronts him with details of his various plots. Alexei is imprisoned in the Fortress of St. Peter and St. Paul, and is shown being interrogated and questioned by his father. Peter, convinced of his son’s traitorous behavior, nonetheless refuses to pass sentence and turns the matter over to the Senate, telling its men that he will abide by their decision. The Senators unanimously sentence the Tsesarevich to death and Peter signs the order. The film ends on a triumphant note, with an impressive naval victory over Sweden.

Overall, the film is historically fairly accurate, with dramatic license taken rarely. The set design, by Nikolai Suvorov, appropriately portrayed both the old Muscovite Court and the European-influenced architecture of St. Petersburg, with costumes likewise reflecting the mixture of Russian and European cultures during the last half of the Emperor’s reign. If the film is somewhat conventional, and has little of the cinematic brilliance of Eisenstein’s motion pictures, it nonetheless a more approachable work than Ivan the Terrible, whose incessant stylistic elements often overwhelmed the pure dramatic lines of the story. While the film was only briefly shown in the West, it achieved a glowing reception in the Soviet Union. 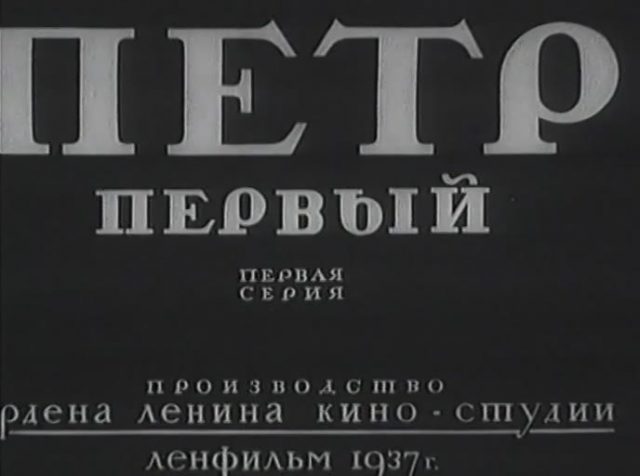 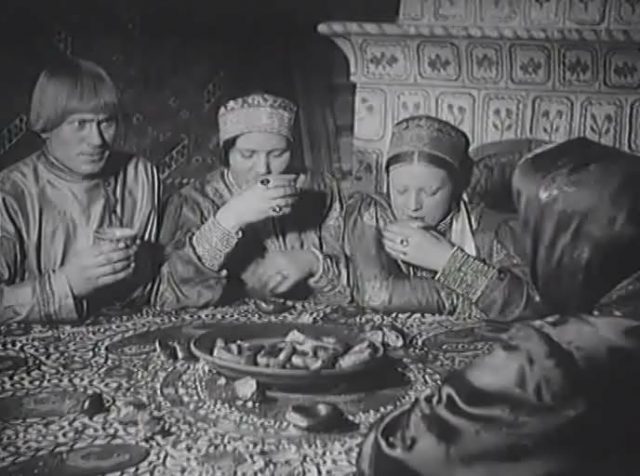 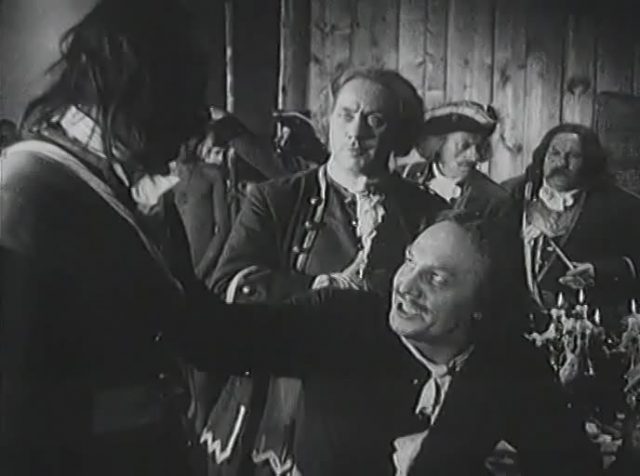 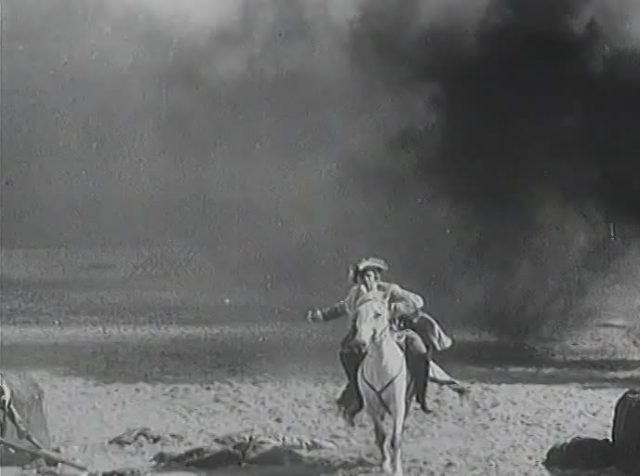