Quote:
The feature length version of Andriesh (Kyiv Film Studio 1955) is a straight forward example of the Soviet fairytale film genre. In the film, the young shepherd Andriesh is charged with guarding the village’s flock of sheep. There Andriesh meets Voinovan, a bogatyr (hero) who gives the young boy his magic wooden flute. Black Storm, a wicked sorcerer who despises the flute’s joyous music, descends upon the village in human form, hypnotizes and kidnaps Voinovan’s beloved Liana, sets the village aflame, and steals its flock. Andriesh undertakes a journey to confront Black Storm and meets various individuals who help him, while Voinovan amasses an army of Haiduks (mercenary soldiers) with sun tempered maces to battle the sorcerer.

The film’s visual design is clearly inspired by the illustrations for the 1946 Russian language edition of Emilian Bukov’s narrative poem on which it is based. Although the credits list Bukov as one of the script’s authors, the feature-film version of Andriesh diverges substantially from its source. In the poem’s opening chapter, Andriesh’s inseparable companion is a talking ewe named Miora. When Andriesh inquires why she is sad despite her idyllic life, she warns him that the sorcerer Black Storm is planning to steal her along with the rest of the flock. (Not surprisingly, the character of Miora is missing from the film altogether.) Liana, the beloved of the hero Fet-Frumos (Voinovan in the film), is kidnapped by a seven- headed dragon, whereas in the film Black Storm spirits her away. In general, Fet- Frumos plays more of a marginal role in the poem’s narrative than Voinovan does in the film. As a consequence, the film’s dialogue and voice-over narration have been reworked completely. Still, the film retains several episodes from the original poem, such as Andriesh’s encounters with Pakala, the oak tree Strezha, and the giant Strymba-Lemna.

Despite these changes, Andriesh employs more or less traditional fairy-tale motifs and an overall narrative structure of the type outlined by the folklorist Vladimir Propp in his classic study The Morphology of the Folktale. Its visual style also hews closely to the conventions of Soviet fairy- tale films of that era. As the scholar Miron Chernenko succinctly puts it, Parajanov and Bazelian’s film is like “half- baked Artur [sic] Arturovich Rou.” However, while Chernenko compares Andriesh to Vasilisa the Fair (Vasilisa prekrasnaia, Soiuzdetfi lm 1939), it has less in common with that particular film, with its lively, grotesque characterizations and its at times bizarrely stylized production design, than with Alexander Rou’s more restrained May Night, or the Drowned Maiden (Maiskaia noch, ili Utoplennitsa, Gorky Film Studio 1952). As with May Night, the skies in Andriesh invariably contain dramatic cloud formations or flaming sunsets, and storks invariably nest on the thatched roofs. Ptushko’s films of the same era, particularly Sadko (Mosfilm 1952), likewise share static, painterly compositions, clouded skies, golden sunsets, frequent use of low angles to film actors, and a declamatory acting style.

Andriesh also contains the obligatory folk dance number that one finds in so many Soviet films with “regional” subject matter, though here it suffers more than usual from a stage- bound feel. The use of regional color and painterly compositions in Soviet cinema is a trend that one can trace back at least as far as Dovzhenko’s poetic masterpieces of the silent era, but for Andriesh the influence of its immediate generic predecessors—Rou’s and Ptushko’s films is much stronger. Indeed, Rou’s glossy take on Ukrainian folk culture in May Night—colorful, immaculate folk costumes and carefully choreographed song and dance numbers represents precisely the homogenized approach to folk culture that Parajanov and other directors of the Ukrainian poetic school would later rebel against, though Rou’s film and many other such works of the late Stalin era still retain undeniable charm and continue to appeal to post-Soviet audiences.

Chernenko’s “half-baked” remark about Andriesh is certainly appropriate, for Parajanov and Bazelian’s direction lacks the assured touch of those films and the musical numbers in general are not as carefully integrated into the story. But despite its limitations, the film is still enjoyable to watch and it benefits from a solid leading performance by the Moldovan child actor Kostia Russu. The cinematography is also picturesque, if not as polished as the best Soviet films produced during that era, and it contains some effective individual compositions and tracking shots. If any part of the film displays the seeds of Parajanov’s future style, it might be the segment toward the beginning that depicts Andriesh walking past villagers at work spinning wool and grinding corn. Their oddly static poses, especially the portrait- shot of a woman holding a sheep in her arms, perhaps point to the tableau aesthetic that he would later develop. In his review in the newspaper Vechirnyi Kyiv (Evening Kyiv), the critic L. Viktorov praised the performance of Kostia Russu but felt that the adult actors were generally not as successful due to an underdeveloped script. He also praised the musical score, Suren Shakhbazian’s cinematography, and the film’s “multicolored national costumes, chosen with great taste,” though he complained that the set design was “sloppily realized”—especially Black Storm’s cave. However, some of Viktorov’s criticisms—such as the episodic nature of the script and an insufficient portrayal of “Andriesh’s connection with the people”—seem to arise from imposing certain narrative and ideological expectations on what was, after all, a simple fairy tale. The film opened on four screens in Kyiv on June 20, 1955, but played for only one week before disappearing. Later that summer, in the leading Soviet film journal Iskusstvo kino (The Art of Film), the critic Mikhail Beliavsky singled out Andriesh as a particularly bad example of what he considered the widespread “drabness and mediocrity” in Soviet film production during that era. He wrote: “It did not become the poetic, sublime, and moral fairy tale that it could have been, and it did not do so only because creative fantasy, invention, thought, and daring were not introduced in the realization of [its] fairytale images. The film was accomplished in a somehow utilitarian and soulless manner.” Perhaps due to the perceived failure of Andriesh, Parajanov did not receive any further assignments until 1957, as noted earlier. 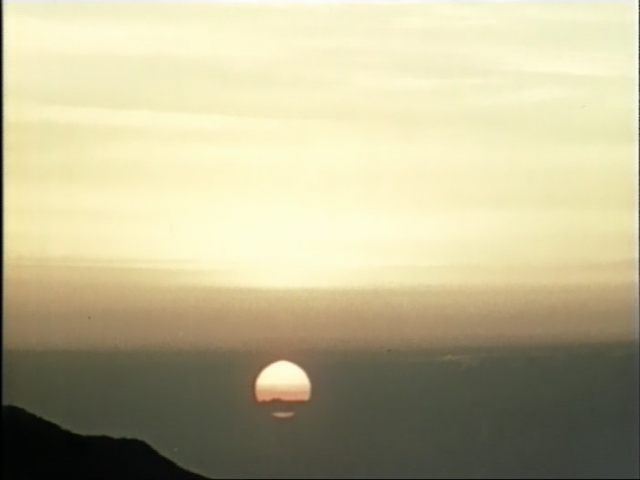 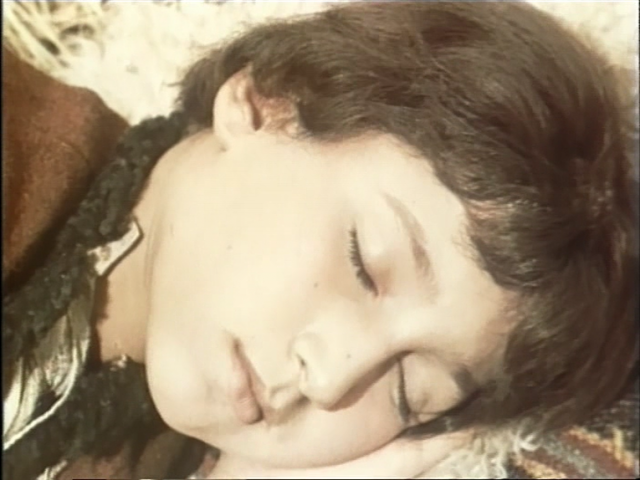 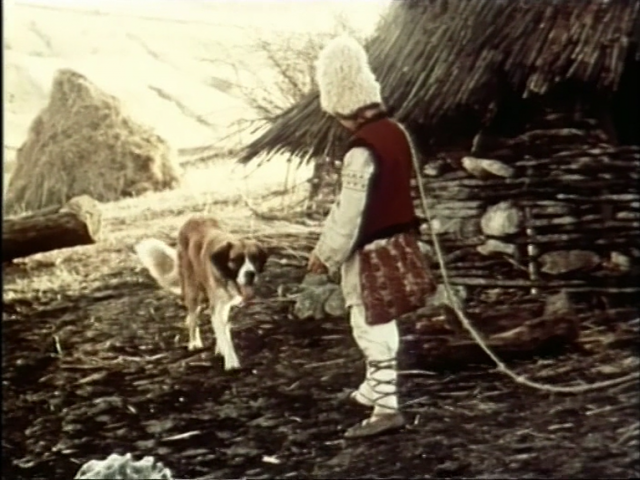 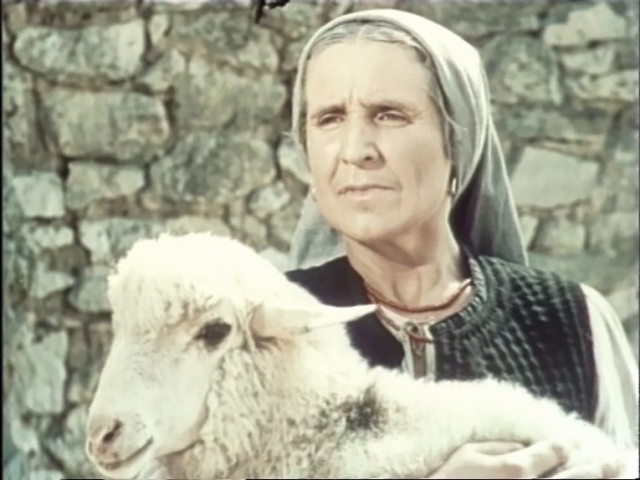 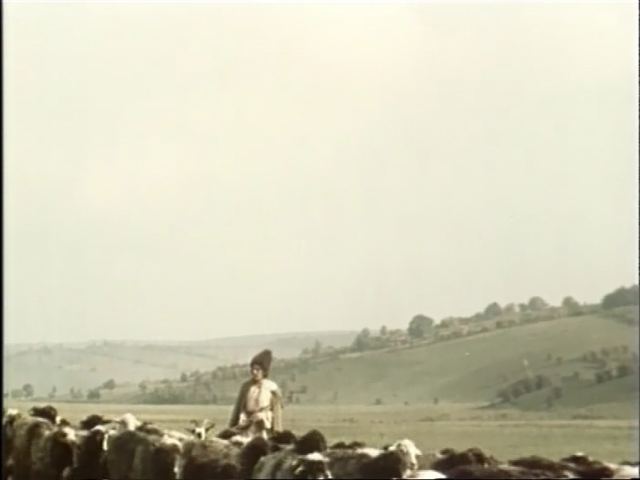 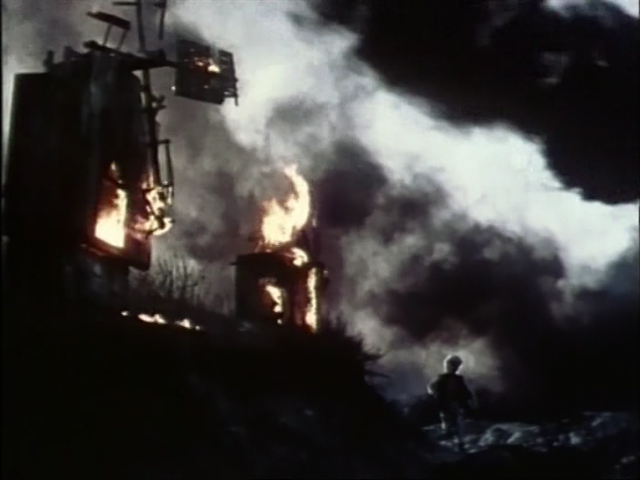 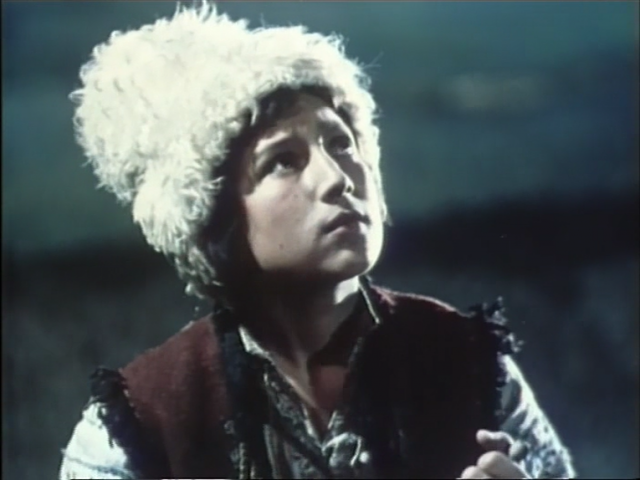