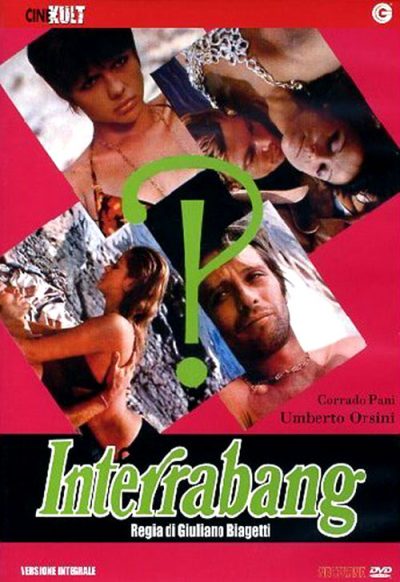 IMDb comments:
This movie is kind of a combination of an early “Diabolique”-style giallo with lots of plot twists and turns, and an island paradise sex romp in the spirit of such films as “The Seducers”, “Il Dio Serpiente”, and “Wave of Lust”. It is more arty, or some might say more pretentious than most gialli or most island-lust flicks. It kind of resembles a couple Antonioni films like “La Aventurra” or (especially at the end) “Blow Up”. A photographer is sailing with his wife (Beba Rancor), her sister (Haydee Politoff), and his nymphomaniacal model (Shoshanna Cohen). He leaves the three women alone to get a part for his boat. A mysterious man (Umberto Orsini)shows up, who might be an escaped criminal the police are searching for. This doesn’t alarm the three women too much, and he rapidly seduces each of them. Nor are they particularly worried about the dead body of a police officer that appears and then vanishes. These woman are such bored, jaded bourgeoisie types that they don’t even seem to care that this handsome stranger might be planning to kill them. The ending combines the surprise plot twists of “Diabolique” and the reality-confounding denouement of “Blow Up”, and throws in yet another nasty surprise to boot.

The movie does look very good and both the scenery and the actors are gorgeous. There’s a lot less violence than in a typical gialli (especially the later ones) and less nudity than in a typical sex romp (only Cohen has brief nude scenes, but all three of the luscious actresses spend the entire film in the skimpiest bikinis imaginable in the 1960’s).

The title comes from a necklace the Politoff character is wearing of an interrabang, a question mark and a an exclamation point (“?!”). She delivers some philosophical speech early on about the existential meaning of the symbol, but it really makes little sense. Whatever the case though, it is a good title for THIS movie which is an alternately bizarre (?) and impressive (!).