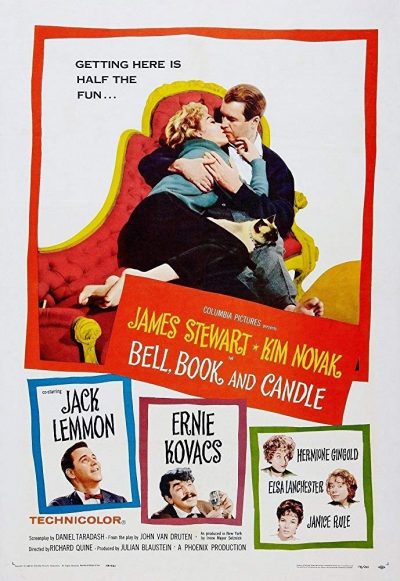 Actually, its story of a young lady who possesses some supernatural power, which she uses to inveigle a gentleman into falling in love with her, is neither as novel nor engaging as you might expect it to be. Pretty young ladies in movies are bewitching gaga fellows all the time with enticements and devices that are magic, so fas as the audience can tell. So the gimmick of John van Druten’s stage play, which has been used as the basis for this film — the gimmick of a woman endowed with witchcraft—is really rather silly and banal.

And, as Daniel Taradash has reduced it in a screen play directed by Richard Quine, it is not distinguished by any consistant witchary or bounce.

However, Julian Blaustein’s production of this mildly supernatural romance is as sleek and pictorially entrancing as any romance we’ve looked at this year. From the atelier of the heroine, who is a dealer in primitive art, to a smoky night club in Greenwich Village, where the local sorceresses and their apprentices play, it is vividly visual an dsuggestive.

For the wonderful things it does with color, imposed upon design, we can thank the art director, Cary Odell; the special color consultant, Eliot Elisoforn, who is setting real styles in color movies, and the cameraman, James Wong Howe, Together, these craftsmen of the visual have done things that hypnotize the eye.

To give you an example, they suggest how things look to the witch’s cat by saturating camera-distorted images in a deep melancholy blue. And what they have done with New York street scenes at dawn and twilight is necromancy for fair.

Thanks to them, we would say Kim Novak, as the slinky and seductive young lady who possesses the powers of a witch, looks a lot more convincing than she acts.

James Stewart is himself, highly lacquered, as the publisher whom she hooks, and Jack Lemmon, as a warlock, or brother-witch, is as airy as a puffball. Elsa Lanchester and Hermione Gingold friskily play a couple of old harpies, and Ernie Kovacs portrays a fuzzy author as if he were trying to put Maxim Gorky into the show.

“Bell, Book and Candle,” like the stage play, is only so-so sorcery, but it comes pretty close to magic so far as its color values are concerned.
Bosely Crowther, NY Times, December 27, 1958 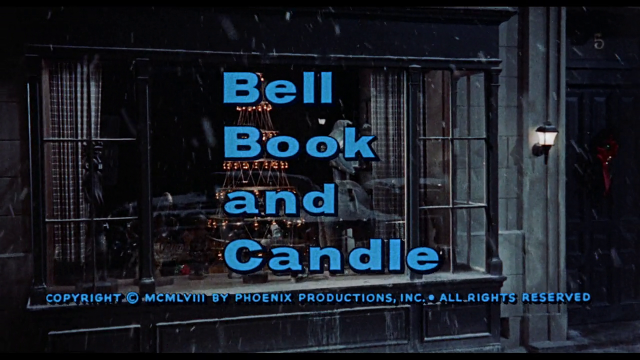 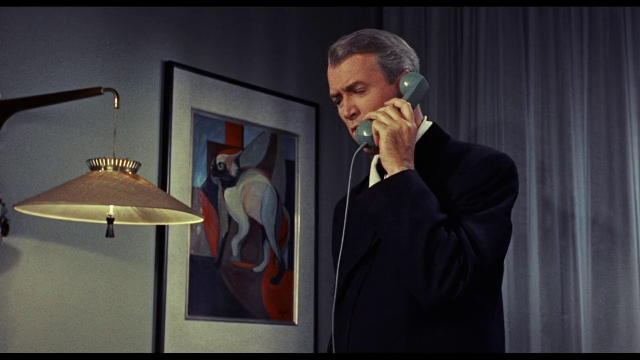 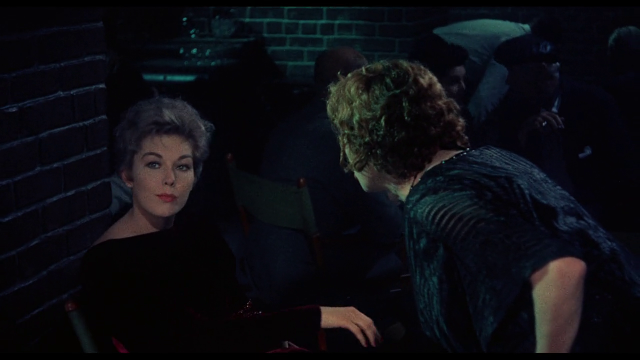 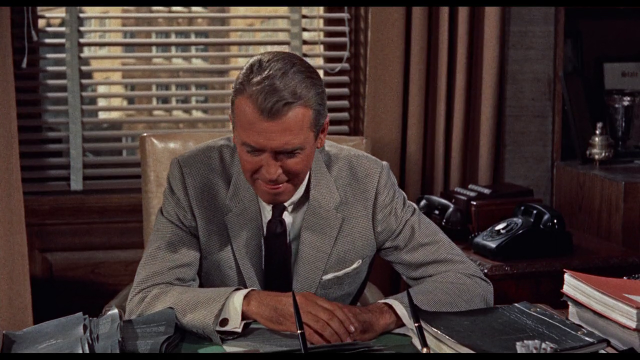 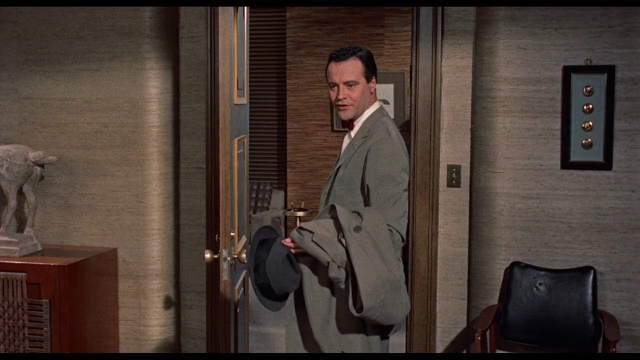 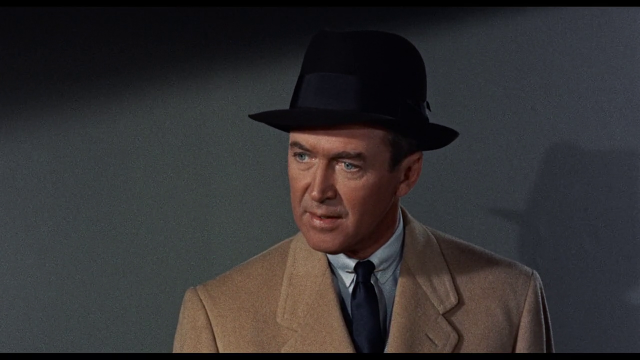 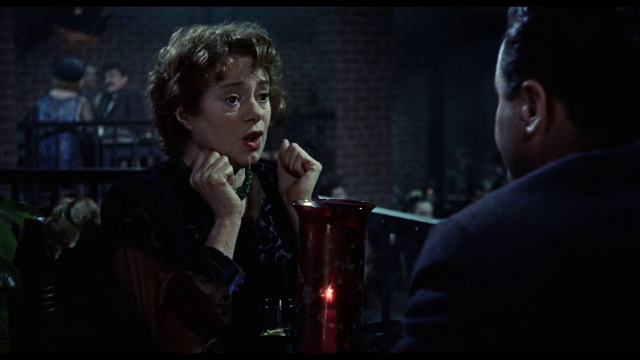