“I walk along gray endless road… I walk and walk”

“Nipernaadi / The Adventurer”, by Kaljo Kiisk (1983) is a sweet Estonian drama with slight humor about Toomas Nipernaadi, a vagabond who hasn’t got any past nor future.

In different Estonian places he gains new identity and presents himself as whoever – sailor, explorer, farmer etc. … whoever as long as he can seduce another young girl and promise her wealth and happiness. Every time before he has to achieve his promises, he disappears leaving everything behind. This is the first impression of this funny fellow.

The true aim of his actions are revealed in the final, but the viewer can already assume during the film, that there is some secret behind this man.

The Estonian Casanova
The film skips introduction act and from the very first second of the movie, all the action will begin. Through his journey the viewer will get to know this weird guy step-by-step. Nipernaadi tends to lie very easily and for some reason, locals will eventually believe all his lies. His promises are like fairy-tales, what melt every girls heart and creates trust.

The story is divided into four chapters – four different places where Toomas stops. His journey starts in the middle of hot summer and ends in early winter giving his path a metaphorical meaning. In the center of the film, Nipernaadi looks already tired, his cheerfulness becomes more inactive and we can guess, that his plans haven’t been as successful as hoped. So far, this has been this Estonian Casanova kind of story.

Every place is associated with different girl, for instance the first chapter and place could be named after “Milla”, second after sisters “Ello and Tralla” etc. As the journey continues, Nipernaadi will look older and serious until … a surprise, everything alters punchline.

Nipernaadis figure isn’t the only interesting character in the story. Novel author and script writer have captured a big range of different human beings who will meet this particular hero. From summer manors to farms, from inner land to sea, every single character is unique.

We can also say that we see most of the sides in Nipernaadi, what he actually doesn’t have and his true identity is shown in the end with only few moments. One man, but many different characters. On the other hand, there are many different young female figures, who eventually look pretty much the same, after they have fallen to Toomas.
Another interesting phenomenon of this piece is that it’s full of romantic themes, but there aren’t really any romantic scenes in the sense we usually picture them. I think it’s a great ability to make a such strong romantic stories without showing any proper love-scene.

Made by the elite
Original novel was released in 1928, written by August Gailit.

“Nipernaadi” is a beautiful film, what shows wonderful images of Estonian summer – sunset over fields, soft mist in early mornings forest – and golden but dark Estonian autumn. All the atmosphere and environment is stunning. Estonian people love it also for another important factor – the music. There’s only few musical themes in the film and one original song – “Rändaja Õhtulaul / Evening Song of the Traveler”, sung by Anne Maasik, but these tunes are recognizable for most of Estonian people.

In the end…
… Nipernaadi isn’t a bad man. Yes, his unfulfilled promises will break young girls naive hearts, but brings some joy, action and changes into passive village-lives. And when it comes to film, “Nipernaadi / The Adventurer” is one of the best pieces, where you can see beautiful and blooming Estonian nature through protagonists journey. 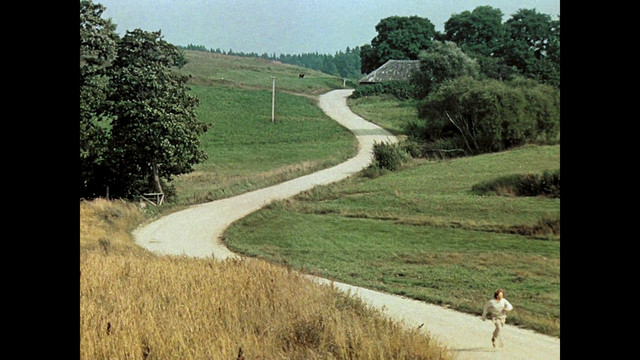 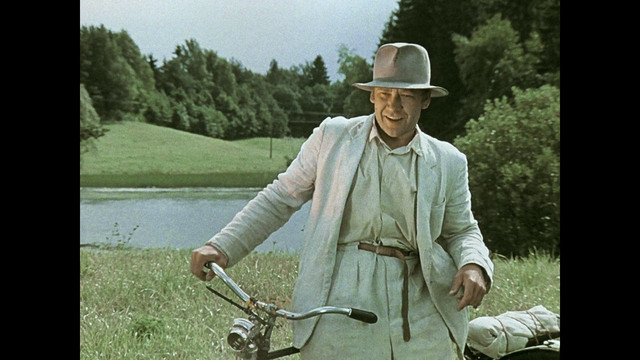 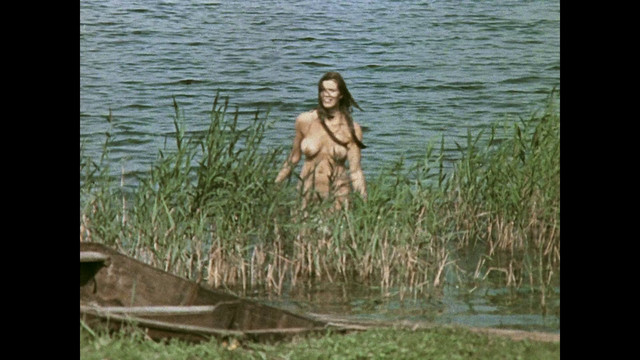 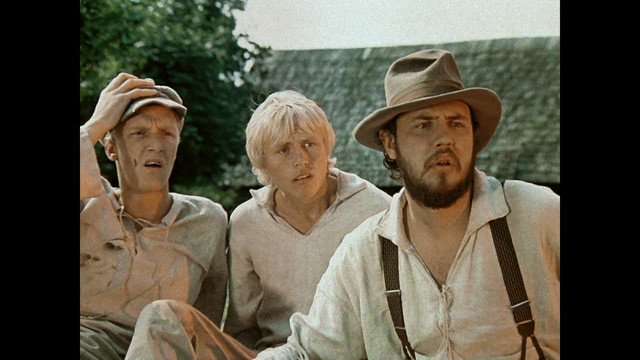 Philip Haas & David Hockney – A Day on the Grand Canal with the Emperor of China or: Surface Is Illusion But So Is Depth (1988)