Buster Keaton plays a young lawyer who will inherit $7 million at 7 o’clock on his 27th birthday–provided he is married. Long before discovering this, Keaton has pursued a lifelong courtship of Ruth Dwyer, whose refusals have become ritualistic over the years (the passage of time is amusingly conveyed by showing a puppy grow to adulthood). He proposes again, but this time she turns him down because she thinks (mistakenly) that he wants her only so that he can claim his inheritance. The doleful Keaton is thus obliged to spend the few hours left before the 7 PM deadline in search of a bride–any bride. He has no luck whatsoever until his pal T. Roy Barnes prints the story of Keaton’s incoming legacy in the local newspaper. As a result, literally hundreds of women, bedecked in veils and bearing bouquets, chase Keaton through the busy streets of Los Angeles. When Keaton’s producer Joseph M. Schenck bought the film rights to the Roi Cooper Megrue stage play Seven Chances, Keaton opted to forego most of the play’s plot complications, devoting his energies to the bride-hunting vignettes and the climactic slapstick chase. The final scenes originally laid an egg with preview audiences–until the sequence was saved by “three little rocks.” During the closing moments of the chase, Buster accidentally dislodged three small stones in the ground, which rolled after him as he escaped the thundering herd of would-be brides. The audience laughed immoderately at the tiny rocks, thereby inspiring Keaton to reshoot the ending, utilizing scores of huge, rolling boulders. The extra effort worked beautifully; while not his best silent feature, Seven Chances contains one of Keaton’s most hilarious finales. Watch for Jean Arthur in a bit as a receptionist. 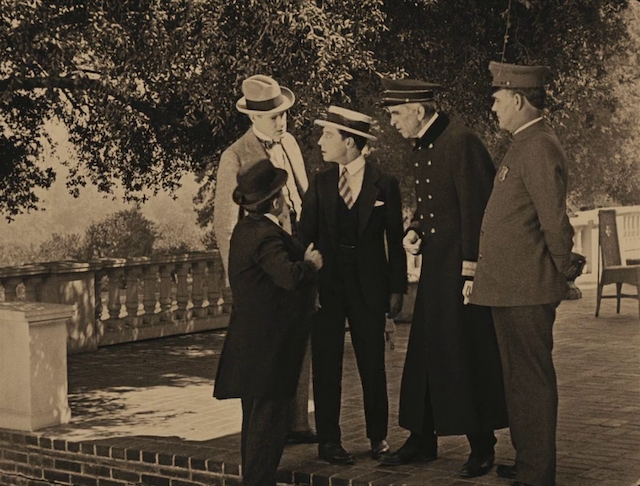 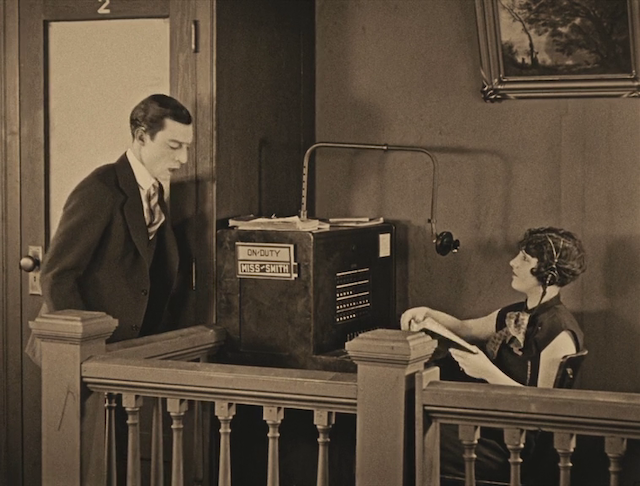 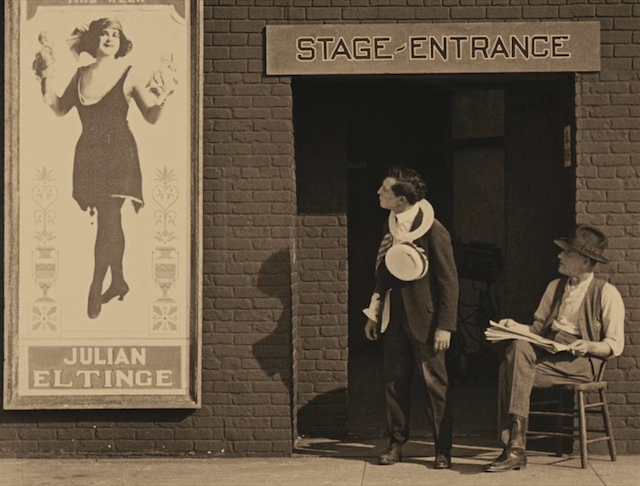