Mrs. Jacoby, a Brooklyn widow whose only son was killed by the Japanese in World
War II, reluctantly agrees to accompany her daughter, Alice, and her son-in-law, Jerry
Black, on a trip to Japan, where Jerry is to help negotiate a trade agreement. En route by
ship, Mrs. Jacoby’s resentment of the Japanese subsides when she meets Mr. Asano, a
Japanese industrialist whose family also was struck by tragedy during the war. Their
friendship ends, however, when Jerry suspects that Mr. Asano, who is also a
negotiating member of the trade committee, is ingratiating himself with his mother-in-law
for political gain. Although Mrs. Jacoby considers this suspicion unfounded, she refuses
to see Mr. Asano on their last night at sea. Once in Japan, Jerry unintentionally offends
Mr. Asano, and the conference meetings are terminated. Mrs. Jacoby slips away and
visits Mr. Asano at his home. After a delightful evening, he agrees to resume
negotiations. When things are satisfactorily settled and the three Americans are
preparing to leave, Mrs. Jacoby is startled by a marriage proposal from Mr. Asano. She is
also angered by the bigoted reaction of Alice and Jerry. However, her main reason for
declining the offer is because she feels that both she and Mr. Asano are still tied to their
memories. Months later, Mr. Asano arrives in New York as a delegate to the United
Nations. He renews his acquaintance with Mrs. Jacoby, who is now happy to accept his
courtship. 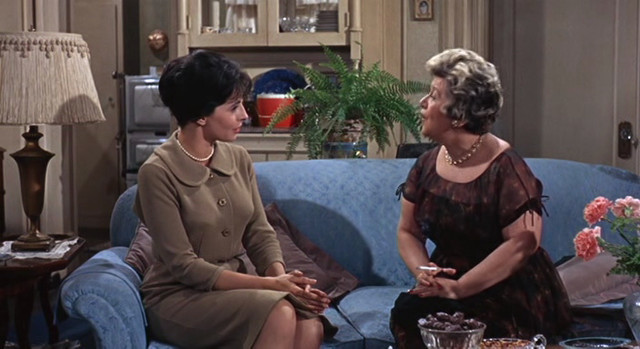 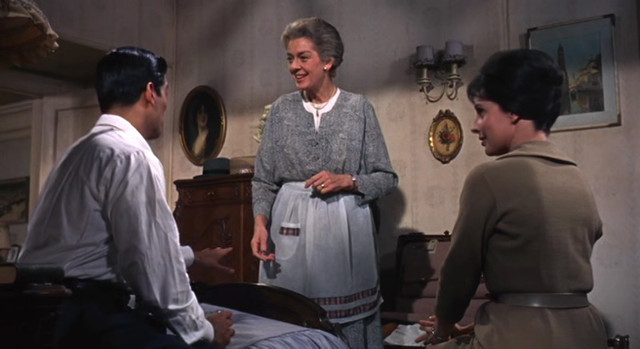 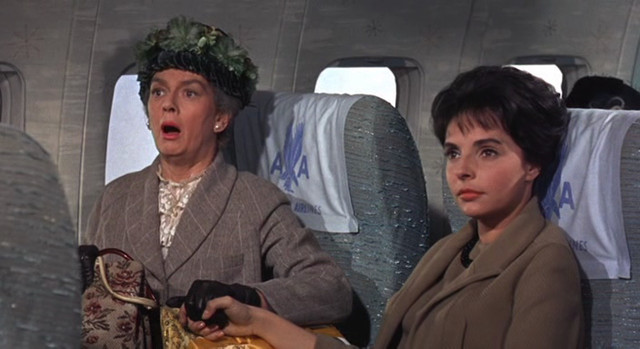 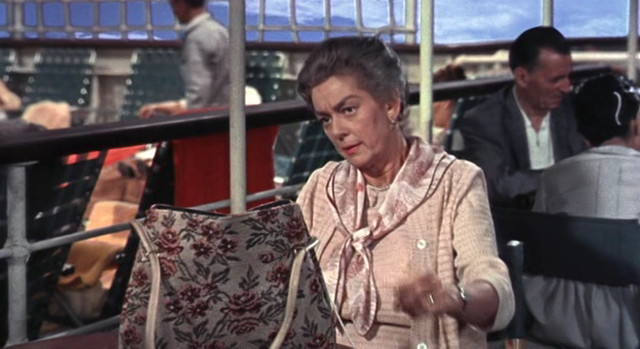