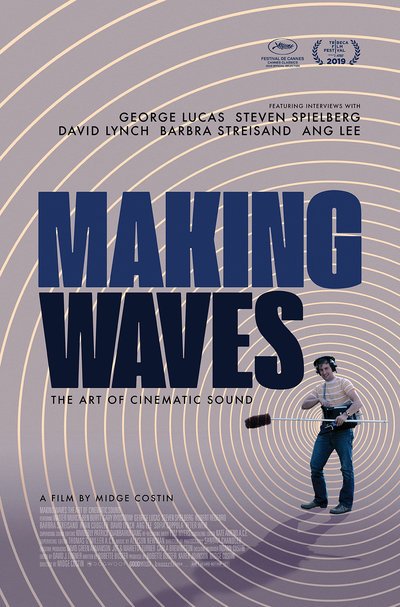 Among the pivotal and juicy nuggets of film history recounted in “Making Waves: The Art of Cinematic Sound,” Midge Costin’s wonkishly engaging movie-love documentary, there’s one that speaks volumes about the foundation of the New Hollywood.

It’s 1967, and George Lucas, who is three years away from making his first film, is on the set of “Finian’s Rainbow,” the clomping warhorse of a Hollywood musical that his buddy and fellow film-school brat Francis Ford Coppola has been hired to direct. Coppola, who already dreams of making his own more personal film, asks Lucas if he knows a good sound designer; Lucas tips him off to his USC colleague Walter Murch. Coppola and Murch then team up to make “The Rain People,” a road odyssey they literally shoot across the country, with Murch using the new Nagra Portable Audio Recorder. That’s when these filmmakers have their aha moment. “If we can make a film out of a shoe store in Nebraska,” realizes Murch, “then why do we have to be in Hollywood?” At that point the three head up to San Francisco to form American Zoetrope.

The New Hollywood kicked into high gear in 1969, and it was a revolution in countless ways. Yet when you think back to so many of its classics — “Mean Streets” and “Dog Day Afternoon,” “McCabe and Mrs. Miller” and “The French Connection” — the fact that they were shot on locations that became the films’ realities was central to their aesthetic. It was the new world of aural recording that made that possible. As much as anything, the ’70s film revolution was a sound revolution.

This hit home to me when “Making Waves” dissected the sequence in Robert Altman’s “Nashville” where Ronee Blakley’s Barbara Jean arrives at an airport that’s a mad swirl of scrambling civilians, random traffic, baton twirlers marching in formation, with the film’s main characters sprinkled throughout the jamboree. “Nashville” is my favorite movie, and I have a burnt-in visual impression of that sequence — but watching it in “Making Waves,” you realize that apart from several master shots, the images aren’t as packed and teeming as you might think. What’s packed and teeming is the soundtrack, a layered experiential hubbub that goes beyond even Altman’s famous “overlapping dialogue,” since most of what we’re hearing in this sequence isn’t dialogue. It’s the airplanes, the marching band, the nattering newscaster, all woven into something close to life.

“Making Waves” is about the evolution of film technology, yet the key to its appeal is that it revels in the holistic, aesthetic side of technology: not just buttons and dials and gizmos, but technology as an expression of something human. As lovingly directed by Midge Costin, a veteran sound editor, the film explores landmark moments in movie sound, like the fact that contemporary sound design really began with “King Kong” (1933), which pioneered effects that are still in use today, or that it was Barbra Streisand’s insistence on making the 1976 version of “A Star Is Born” an enveloping experience that pushed movie theaters into using stereophonic systems (she also spent four months and an additional $1 million on the film’s sound editing, unheard of at the time), or the fact that Ben Burtt devoted the better part of a year to coming up with the right modified animal sounds for the voice of Chewbacca (but would you have guessed that the bluster of the fighter jets in “Top Gun” was also modified animal sounds?), or that on “Apocalypse Now” there were half a dozen sound editors, each in charge of a different element (choppers, munitions, the boat), to forge a total symphonic effect.

Or take “The Godfather.” “The Rain People” turned out to be a disaster for Coppola, to the point that Warner Bros. claimed the money they’d given him to make the film was a personal loan. They wanted it back (it was the equivalent of $3 million today), which bankrupted Zoetrope and put Lucas’s career on hold. That’s one reason Coppola took on what Murch calls “this sleazy gangster film that 12 other directors had turned down.”

Murch, once again, was Coppola’s sound designer, and though “The Godfather” is a profoundly realistic film, in the famous scene where Michael Corleone kills Sollozzo in the Italian restaurant, the hit is preceded by a close-up of Michael’s face accompanied by a slow-building electronic din that sounds like the expressionistic version of a screeching subway train. “What you’re listening to,” says Murch, “are Michael’s neurons clashing against each other.” I’ve seen “The Godfather” a dozen times, but when that moment happens I’m so in the moment that I have never consciously heard that sound.

“Making Waves” presents Walter Murch as the grand architect of the Hollywood sound revolution — though the film doesn’t shortchange the extraordinary achievements of Ben Burtt, recruited out of USC by George Lucas to do “Star Wars,” or Gary Rydstrom, who became the sound guru of Pixar. (His first achievement: making those lamps in John Lasseter’s minute-and-a-half 1986 showpiece short “Luxo Jr.” “speak.”) The film also recognizes Orson Welles as the supreme cinema magician who first grasped, based on his radio experience, that sound was the art of illusion: creating an aural landscape to fill the spaces a camera could only show you. (It was the sound in “Citizen Kane” that let you feel those spaces.) The film salutes the directors who worked hand in glove with their sound wizards, notably David Lean and Alfred Hitchcock, Lucas and Spielberg, as well as Kubrick, Altman, and David Lynch.

But it’s Murch’s story that’s the archetype. Born in 1943, he recorded sounds off the radio as a boy, splicing and re-arranging them — and then, in 1953, when he first encountered music concrète from France, he felt like he was part of a movement. The works of John Cage were an influence, revealing a kind of sonic ideology in which anything you could hear became “music.” So were the Beatles, whether it was the future-shock distortion of “Tomorrow Never Knows” or the hipster music concrète of “Revolution 9.”

As a teenager, Murch soaked up Bergman and Kurosawa (both of whom cast spells with sound), and he then moved to Paris and connected with the New Wave, but at USC he returned to his tape-manipulating roots; he fused the mind of a scientist and the heart of an artist. Murch became a collector of sounds, and then a symphonist, forging a new kind of immersion in “Apocalypse Now.” Ben Burtt collected sounds, too, and one of the revelations of “Making Waves” is that many of the movie sounds we think of as futuristic, like the gun blasts in “Star Wars,” are things that were painstakingly culled from this world. (In their paradigm-shifting space opera, Lucas and Burtt actually cut against the eerie synthesized future sounds in films like the 1953 “The War of the Worlds.”)

“Making Waves” is a brisk 94 minutes, the last half hour of which is a quick-study primer on the categories of movie sound. The film is quite educational. I confess I had no idea that a “Foley” refers to a highly specific sound that’s crafted and post-synched — and that the term was named after Jack Foley, the sound editor who was ordered to make the armies of “Spartacus,” with their clanking armor, sound more realistic, and did so by employing such advanced technological devices as jingling car keys. In the years since “The Matrix,” anything has seemed possible. “These days,” observes David Lynch, “there’s so many tools to manipulate a sound that now, if you can think it you can do it.” That said, I wish “Making Waves” focused a little less on movies defined by their visionary action sequences: “Star Wars,” “Apocalypse Now,” “Saving Private Ryan,” “The Matrix.” I get that each of those films were game-changers, but if anything the movie teaches you to hear the expressive magic in the quietest of sounds — to know that when you’re listening to a movie, there’s always more than meets the ear. 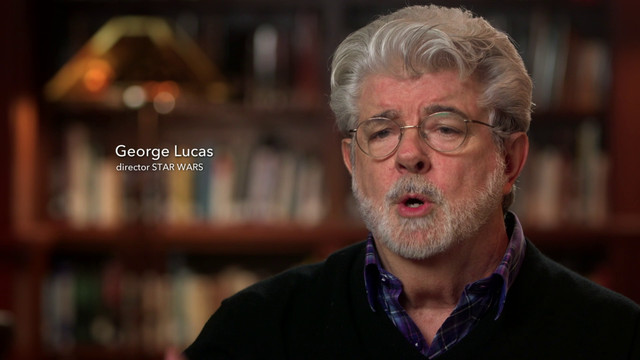 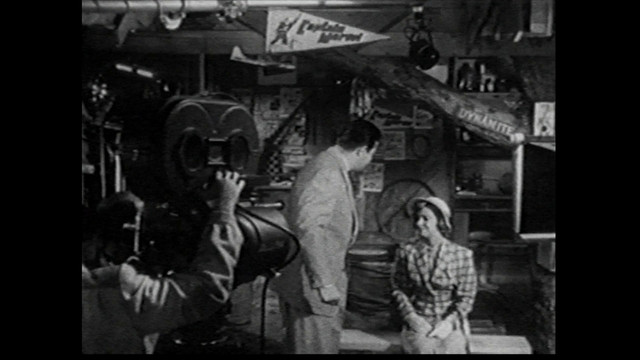 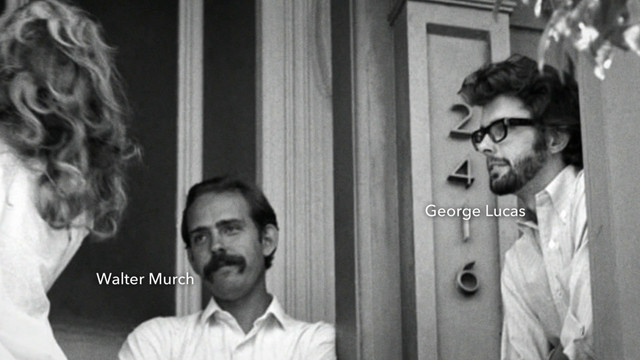 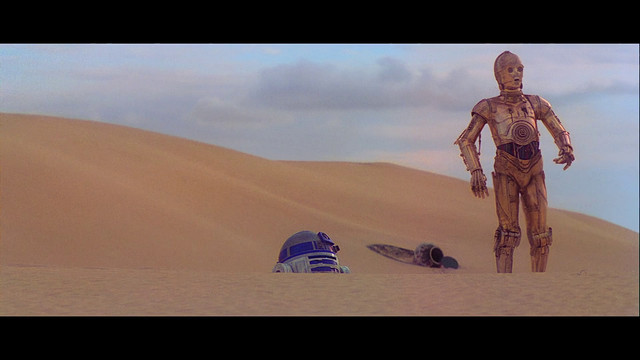 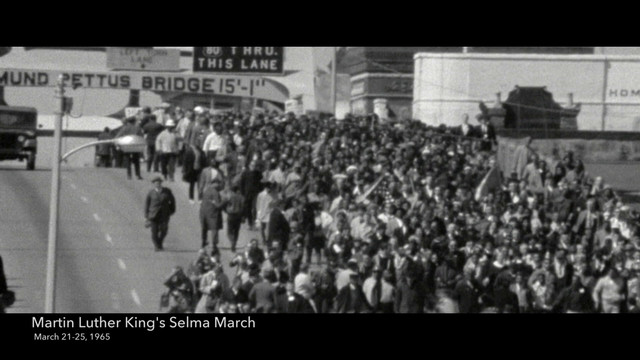