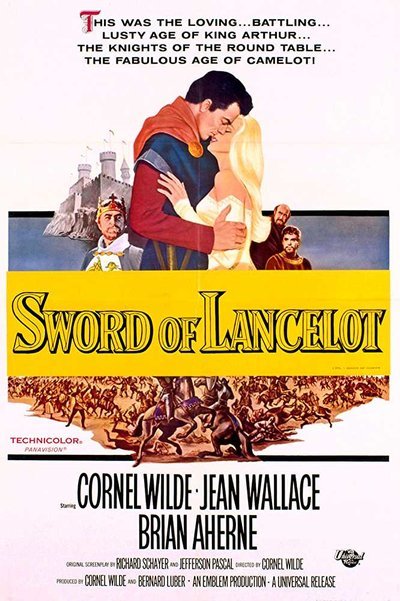 Lancelot is King Arthur’s most valued Knight of the Round Table and a paragon of courage and virtue. Things change, however, when he falls for Guinevere (Wallace), bride of Arthur (Brian Aherne, who had essayed this character more than once, e.g. in 1954’s “Prince Valiant”), and she for him.

Made ten years after Richard Thorpe’s film “Knights of the Round Table”, the illicit romance this time is portrayed as a more intimate affair, and the sword fights have a more menacing reality (Wilde was an excellent fencer). A sub-plot concerns Arthur’s effort to forestall a challenge from a rival king, a problem that will inevitably catch Lancelot up in a personal conflict.