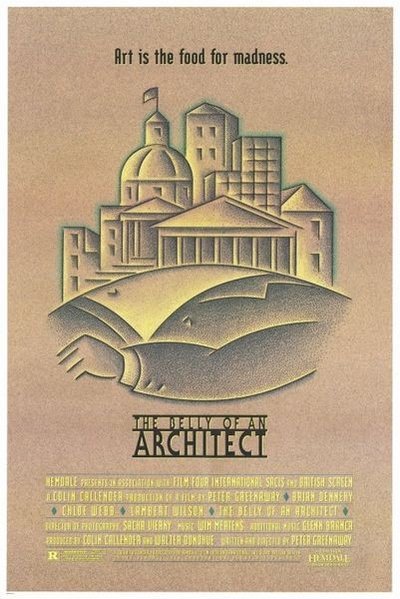 Quote:
STOURLEY KRACKLITE (Brian Dennehy), the central figure in Peter Greenaway’s ”Belly of an Architect,” is at one point seen reflected in the central panel of a triptych mirror in his Rome apartment, wearing a blood-red robe and flanked by multiple Xerox copies of classically sculpted abdomens, copies he has made from photographs of Roman statuary. It’s a perfect moment, or at least the kind of perfect moment Mr. Greenaway favors: orderly, symmetrical and obscure, offering great compositional beauty but no compelling reason why its riddles require solution.

At another point in the film, Mr. Greenaway considers the fact that the British one-pound note bears not just a likeness of Sir Isaac Newton but also of some apple blossoms, which constitute a veiled reference to gravity. It’s an interesting fact but also a self-contained one, and it’s just the kind of information that floats untethered throughout the film.

Without question, Mr. Greenway deserves credit for naming his hero Stourley Kracklite, calling his villain Caspasian Speckler, and using his film to celebrate Rome and its architecture with such elegance and discernment. But ”The Belly of an Architect” may have as much to do with one man’s intestinal maladies as with art, beauty, obsession, permanence and mortality, subjects to which it also pays some attention. It’s hard to know. And watching the film’s visual obsessiveness – with architectural shapes and symmetry, with cool, stationary long shots, even with the marble surfaces and deep, velvety tones that give it visual texture – becomes an ever less rewarding pursuit as the measure of the film’s solipsism becomes known.

Kracklite, a renowned American architect, is first seen making love to his wife, Louisa (Chloe Webb), on a train bound for Rome, where he will live for nine months while staging an exhibition in honor of the French architect Etienne-Louis Boulee, a man who never traveled. The trip marks not only the birth of Kracklite’s tribute but also the conception of a Kracklite heir, though this is not discovered until later in the story. When it is, Kracklite wants to know on which side of the border the child was conceived; such are his and the film’s passion for detail.

While in Rome, Kracklite becomes more and more obsessed by Boulee, by architecture and by his own innards, which begin to bother him. He rails against Louisa, suspects her of trying to poison him (an idea, like many of Kracklite’s, generated by proximity to ancient Roman culture), and develops the belly fixation that induces him to study many photographs of Louisa’s belly, the Emperor Hadrian’s and his own. Mr. Greenaway accompanies these developments with dialogue rich in gamesmanship (”Are you a modern architect?” ”No more modern than I should be”) and with an extraordinary succession of studied, perfectly composed images. There is almost always an archway in the center of the frame. And in the center of that archway is, almost invariably, Kracklite.

Mr. Greenaway brings a welcome playfulness to some of this, as when he fuses the film’s concerns with ancient art and bodily deterioration into the figure of a man who surreptitiously chips the noses off statues (and has quite a collection). However, there’s nothing do be done with the film’s essential elusiveness, and in any case Mr. Greenaway seems to prefer it that way. ”The Belly of an Architect” does have a humanizing element in the form of Mr. Dennehy, who brings a robust physicality to Kracklite without missing the essentially cerebral nature of the role; this is one of the best things he has done. And as the highly undependable Louisa, quite unrecognizable from her ”Sid and Nancy” role, is Chloe Webb, who’s full of taunting flirtatiousness and speaks in a sleepwalker’s tone. 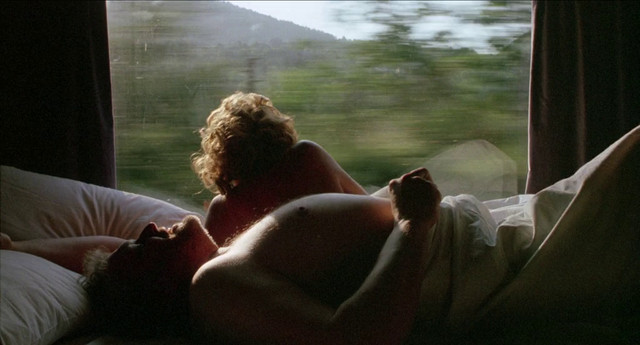 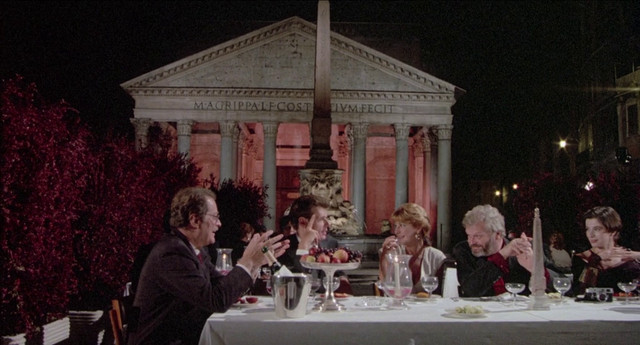 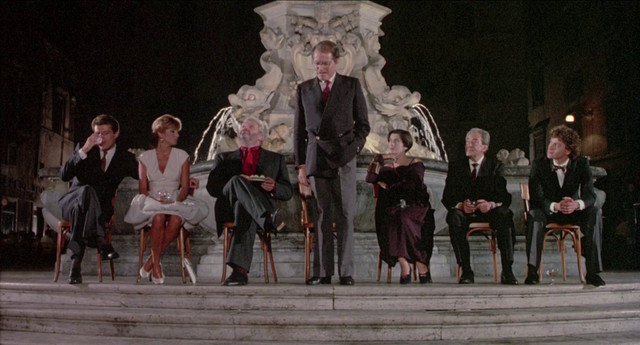 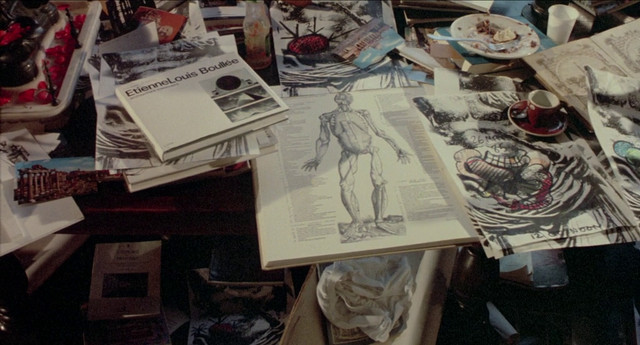