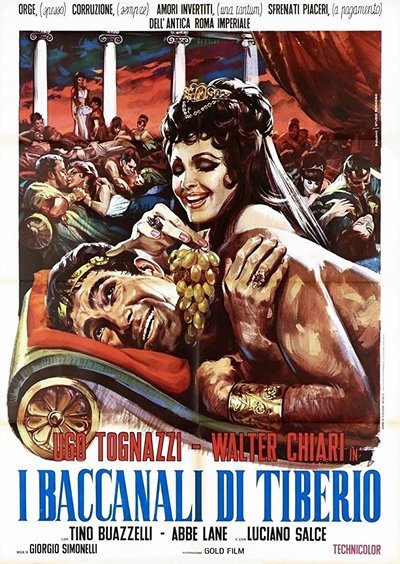 Imdb:
Cassio, a tourist guide, and Primo, his bus driver, are taking a bus load of tourists to visit villa Jovis, at Capri island. Close to the Salto di Tiberio (Tiberius Fall…) they have an accident, and they knock their heads hard, losing conscience. They come awake in Tiberius villa, in the midst of an orgy, complete with a group of British dancers, mostly blondes, who are performing for the emperor. Soon, they are wise to an attempt on the emperor’s life by his Secretary, who plans to bring the blame on Cassio and Primo’s heads. The two men dress up as dancers and try to mix with the British dancers, who are led by Cinthya O’Connor. Meanwhile, the British dancers attack Flavinia, a co-conspirator, and a number of women she had planned to take the place of the dancers and shoot real arrows at the emperor during the dance. The two groups of women have a fight, and Cinthya and her girls prevail, stripping and arresting Flavinia and her seven girls. During the performance of the dance involving bows and arrows, the Secretary stops the show, and accuses the girls of plotting against the emperor’s life. Cinthya surprises everybody by revealing she is, in fact, the daughter of Tiberius, and exposes the Secretary as the conspirator. Everything is back to normal, and a large feast is organized to commemorate; it is near the Salto di Tiberio and again, the two tourist guides make a bad fall, knock their heads hard, and loose conscience. They wake up well at the place of their first fall – everything must have been a dream. And yet, the first tourists they see are Tiberius and his daughter Cinthya. 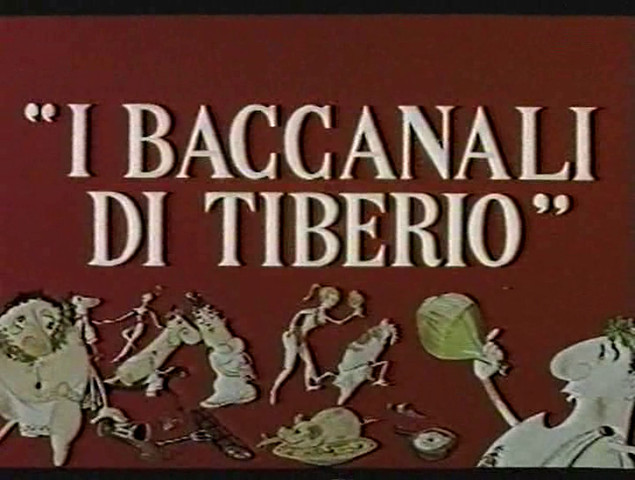 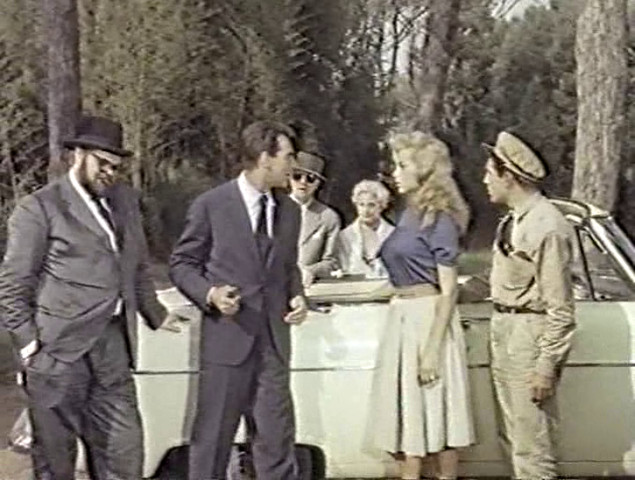 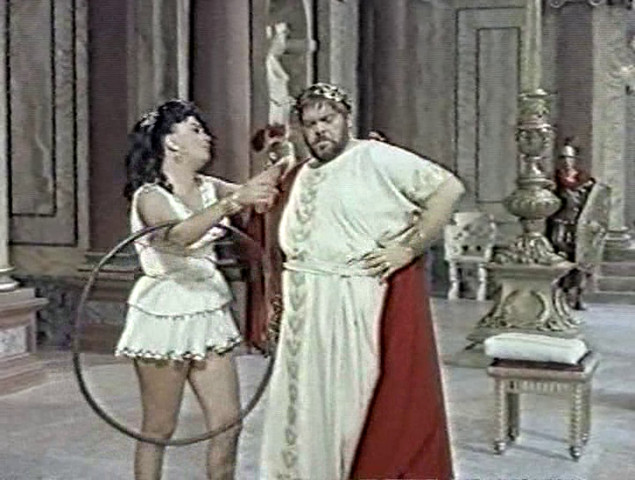