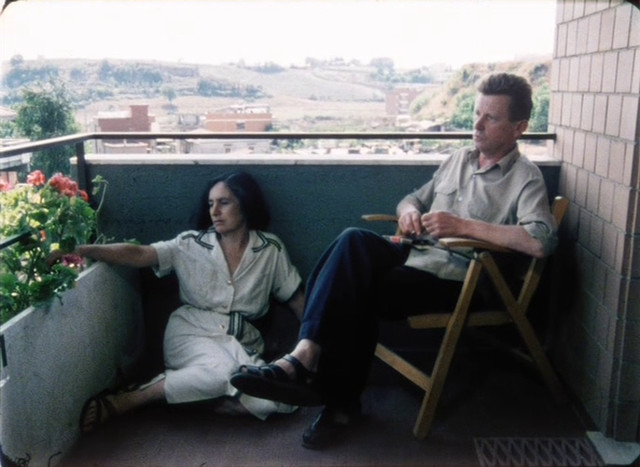 Filmmaker Manfred Blank (director of the excellent Pharos of Chaos) interviews Danièle Huillet and Jean-Marie Straub at some length about their then-current production, Klassenverhältnisse (Class Relations), in which he, himself, performed as an actor.

Doug Cummings wrote:
Blank’s film catches Straub-Huillet in a more reflective mode while sitting on a patio, and anyone who has watched the filmmakers together will be able to predict their dynamics. Straub: highly talkative, free-associating and pontificating; Huillet: observant, concise and essential. Blank questions the filmmakers (generally through title cards) about their connection (like the character of Class Relations) to themes of exile and emigration. Huillet quotes a worker they interviewed: “If you have to work in a place, you can live in a place.” Straub says that was his answer, too, but then embarks on a meandering–but fascinating–consideration of the relationship between text and adapter, the importance of personal attraction as well as distance, and touches on Godard, artistic personas and the nature of interviews in general. This defines the film’s pattern, and though Huillet appears to be on the verge of falling asleep throughout, she is always quick to insert brief, striking observations. It’s an illuminating portrait of the filmmakers’ influences (Stroheim), thoughts (they hate the tag “minimalist”), and inclinations (for Class Relations they tried to keep the camera’s perspective somewhat consistent to suggest a merging of subjective and objective points of view). 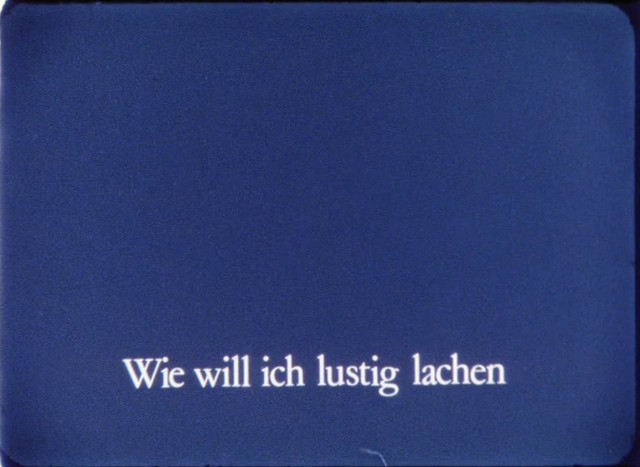 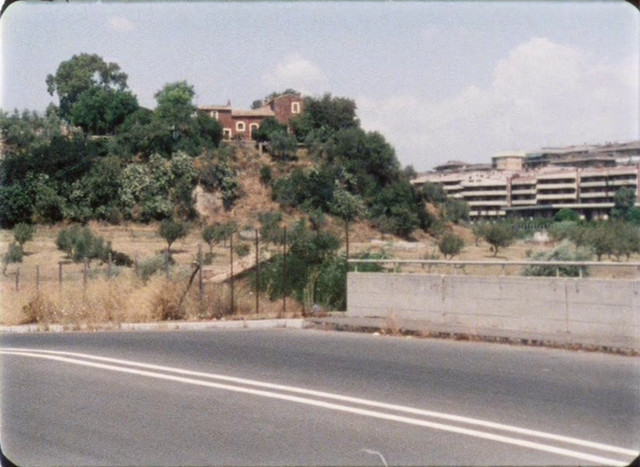 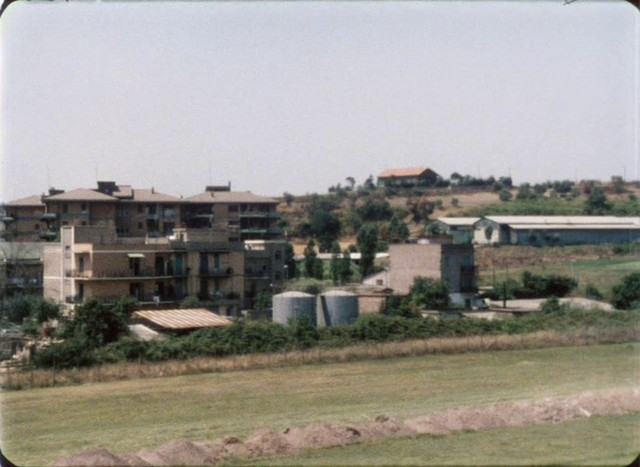 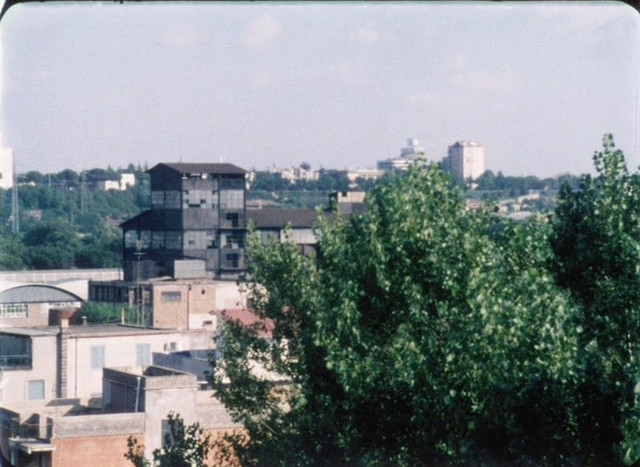