Quote:
Vienna has built a saloon outside of town, and she hopes to build her own town once the railroad is put through, but the townsfolk want her gone. When four men hold up a stagecoach and kill a man the town officials, led by Emma Small, come to the saloon to grab four of Vienna’s friends, the Dancin’ Kid and his men. Vienna stands strong against them, and is aided by the presence of an old acquaintance of hers, Johnny Guitar, who is not what he seems. 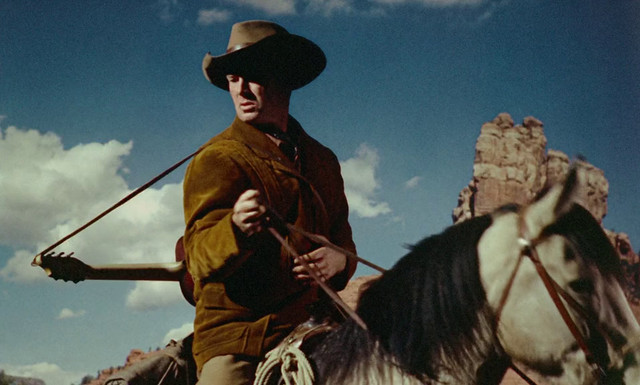 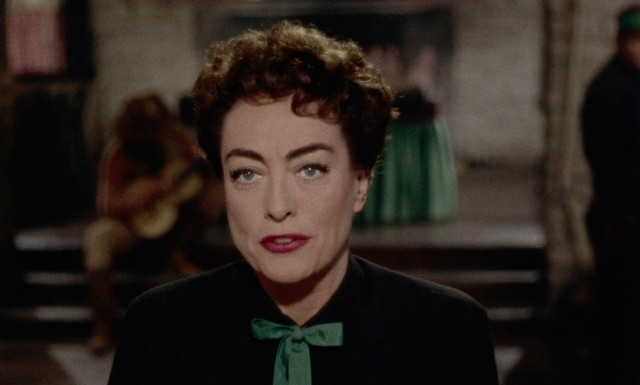 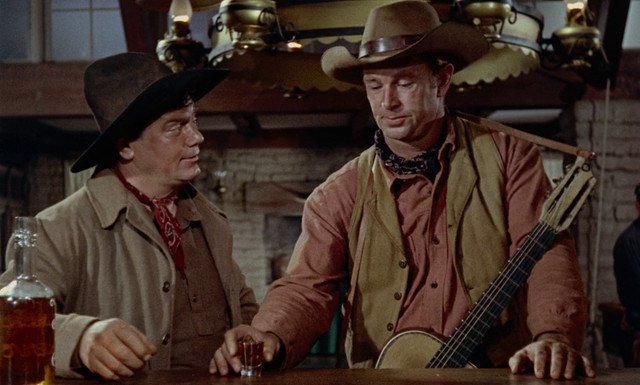 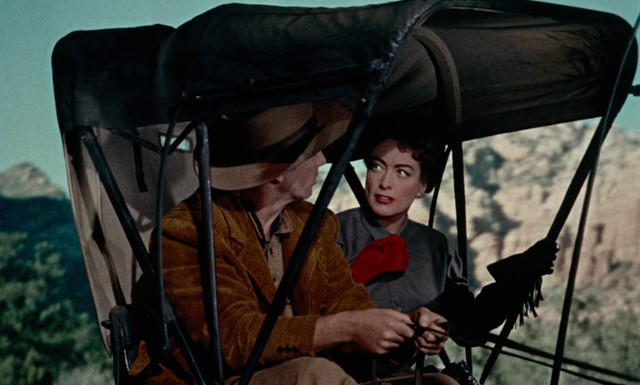