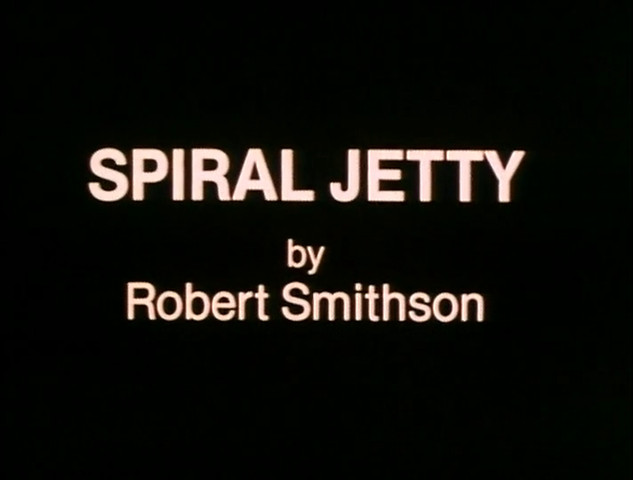 Standing apart along the northeast shore of the Great Salt Lake is a huge earthworks project, boulders and potholes, clinging brine and mirrored sky, which the film documents, as it moves back geologically to dinosaur history.

This film, made by the artist, Robert Smithson, with the assistance of Virgina Dwan, Dwan Gallery & Douglas Christmas, Director, Ace Gallery, (the aforementioned Dwan & Christmas also assisted Smithson financially with the making of the Spiral Jetty), is a poetic and process minded film depicting a “portrait” of his renouned earth work — The Spiral Jetty, as it juts into the shallows off the shore of Utah’s Great Salt Lake. A voice-over by Smithson reveals the evolution of the Spiral Jetty. Sequences filmed in a natural history museum are integrated into the film featuring prehistoric relics that illustrate themes central to Smithson’s work. A one minute section is filmed by Nancy Holt for inclusion in the film as Smithson wanted Holt to shoot the “earth’s history”. This idea came from a quote Smithson found …”the earth’s history seems at times like a story recorded in a book each page of which is torn into small pieces. Many of the pages and some of the pieces of each page are missing”. Smithson and Holt drove to the Great Notch Quarry in New Jersey, where he found a facing about 20 feet high. He climbed to the top and threw handfuls of ripped pages from books and magazines over the edge of the facing as Holt filmed it. 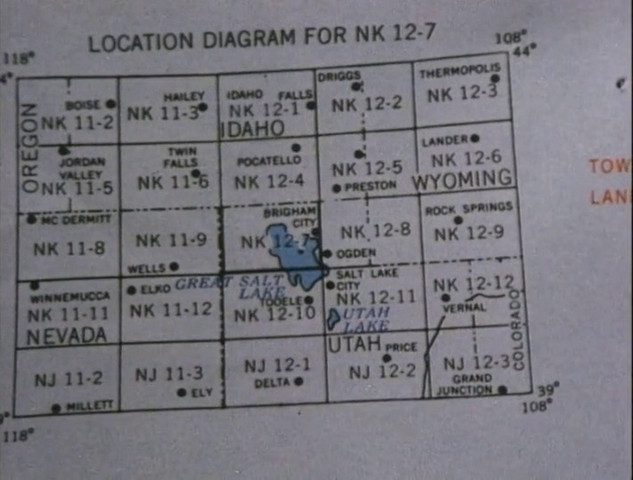 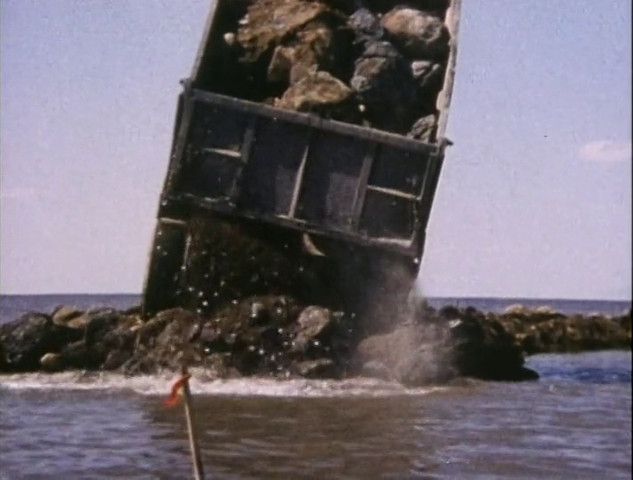 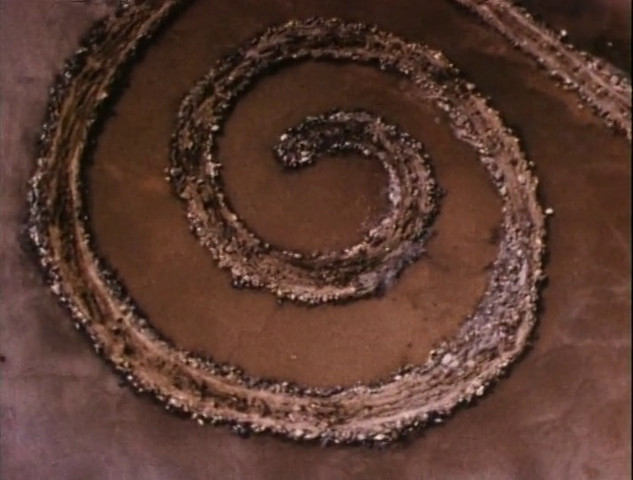