The film recorded by Basinski on the roof of his apartment as the twin towers burned in the distance. Accompanied by part 1.1 of his four album set of disintegrating tape loops which he played with friends on the rooftop as the drama unfolded.

Quote:
on september 11th i was on my roof in brooklyn, less than 1 nautical mile from the world trade center, our beacon, our compass: that which towered so far above every other skyscraper in nyc, my nightlight. my neighbors and i witnessed the end of the world as we knew it that day. we saw those towering structures collapse before our very eyes, on a crystal clear day we saw the incomprehensible change of landscape: like a volcano disappearing behind trees, we saw this magnificent minimalist human structure disappear before our very eyes. we were appalled. despite the catastrophic fires, we had no idea that these gigantic structures would collapse… cascade below the lower manhattan skyline. but it happened. we were in shock. we sat on the roof terrace in lawn chairs and watched the fires burning all day into night with the disintegration loops playing in the background. the human scale of the catastrophe we couldn’t even comprehend at the time. that would come next, in tears and agony. this was the end of the world we all knew was coming sooner or later, but had forgotten about…put in the back of our minds. that evening i recorded on video the static image of the lower manhattan skyline billowing smoke as the last hour of daylight turned to darkness. the film is entitled disintegration loop 1.1 and is dedicated to the memory of those who perished in the atrocities of september 11th, 2001.” — william basinski 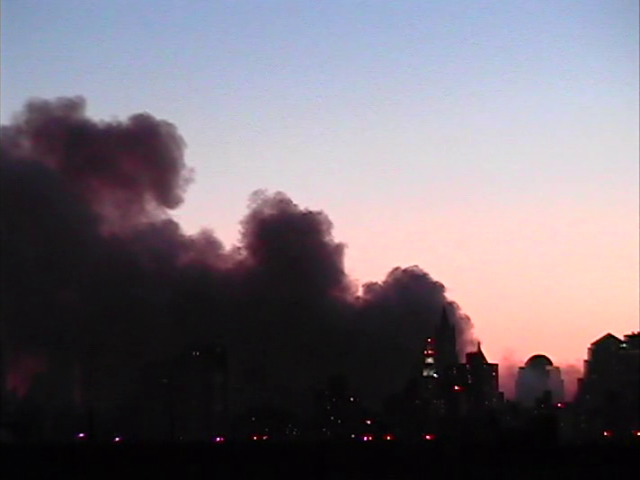 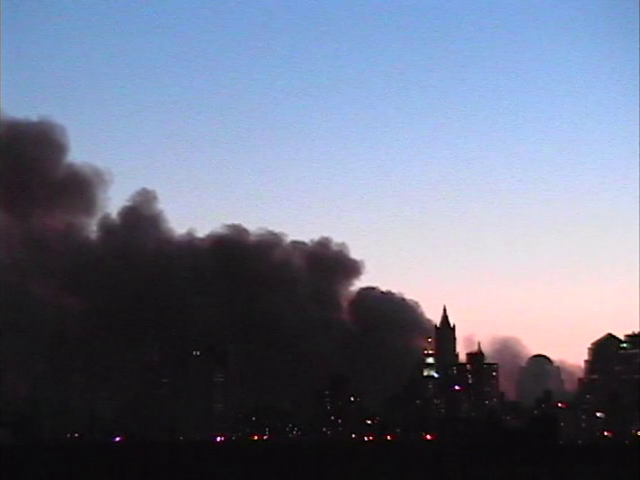 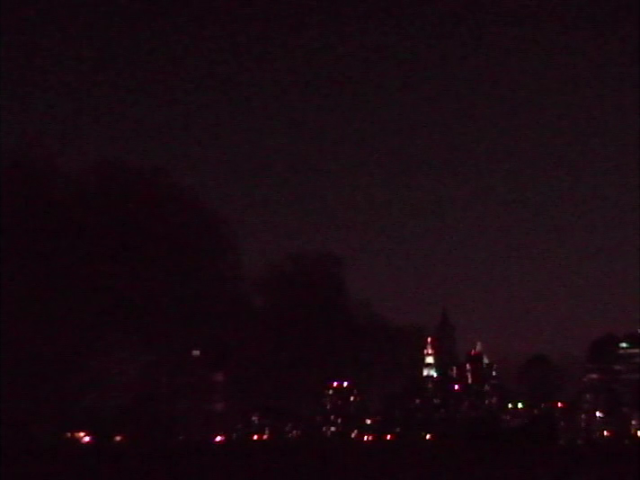