In a 1994 interview, director Claude Sautet, who had a particular fondness for his Max et les Ferrailleurs, expressed directly and unequivocally his disdain for its protagonist, the police detective Max (Michel Piccoli), an efficient, dedicated policeman with no home life and a hard-won icy exterior. Cops like Max weren’t new in 1971—not in French movies, not in the American thrillers and noirs that inspired the French film industry, not even in Sautet’s work. But like a lady once said about a reporter, you may have met hard-boiled before, but Max, he’s 10 minutes. He’s also independently wealthy. What’s interesting about Sautet’s attitude, calling Max “venal,” “twisted,” and “childish,” is that none of it is apparent in this policier. Sautet’s style is direct and deceptively plain; regarding Max, the film resists judgment, neither condoning nor signposting the despicable nature of his choices.

The ascension of Jean-Pierre Melville, while richly deserved, has led some to figure that he’s the only auteur of raincoat-and-fedora crime pictures, and that Sautet’s efforts—in a career that spanned five decades, he worked in several different genres—dwell in the shadows of masterworks such as Le Cercle Rouge and Le Samouraï. This is an understandable misapprehension, and in contrast with Melville’s fastidious, occasionally affected style, his Kubrickian compositional sense, and his deliberate pacing, Sautet achieves and maintains his own brand of disengaged sadness with a much looser hand, appearing to allow the narrative strands to meander, with individual scenes taking shape around what the actors bring to them. He’s fond of the distant, compressed effects of telephoto shots; one of the highlights of Max et les Ferrailleurs is a Goodfellas-esque montage of the crooks Max has his sights on, with an explanatory voiceover. This tour de force may go by undetected, but consider that, instead of introducing each perp with Guy Ritchie-esque, collectible-trading-card pizzazz, each hoodlum takes the stage before a policeman’s roving surveillance camera, and the sequence is cut so seamlessly as to appear to be a single take, all of which is matched up to the speaker’s nonstop verbal catalogue. With magnificent gentleness, Sautet sketches a half-dozen indelible portraits, so that when we see them again, we exert no effort in extracting them from our mental inventory.

As we’ve already learned by that point, far from being criminal masterminds, they’re actually just a gang of hard-luck, two-time losers selling stolen scrap, rather like Bubbles on The Wire. These are the “Junkmen” or “Ferrailleurs” of the title; to call them small-time would be an incredible understatement. Nevertheless, Max has mentally chambered a round, and he intends to blast them, using an elaborate entrapment scheme. The mark he intends to exploit is the girlfriend of one of the gang members, a fellow who also happens to be Max’s old army buddy (the extraordinary Bernard Fresson). It’s Max and his friend’s cheerful reunion that sets the scheme in motion, as Max intends to destroy the Junkmen in order to restore his tarnished reputation in the department.

The girl is played by Romy Schneider, who was only one of the most beautiful women to grace the cinema screen, and one of the story’s cornerstones concerns the way Max uses her not for intercourse (she’s a prostitute, although her boyfriend is no pimp), but for a far more underhanded—and sick—emotional gambit, shacking up with her, toying with her body and her feelings (he takes photos of her in the bath, a sexy scene between two screen legends that eventually tastes like ashes), mostly to ensure that she’ll deliver planted intelligence at the crucial moment, but also to satiate some unspoken emptiness on his part.

If you watch Piccoli carefully, Max’s conscience makes occasional, intrusive appearances, in the form of eye- or lip-twitches that are so faint and so brief, you’re not even sure you saw them. Nevertheless, Sautet’s direction never closes the door on the possibility that his actions are morally defensible in every way, as if Max was the doctrinaire police captain in Corneliu Porumboiu’s Police, Adjective, rather than the narcotics officer. 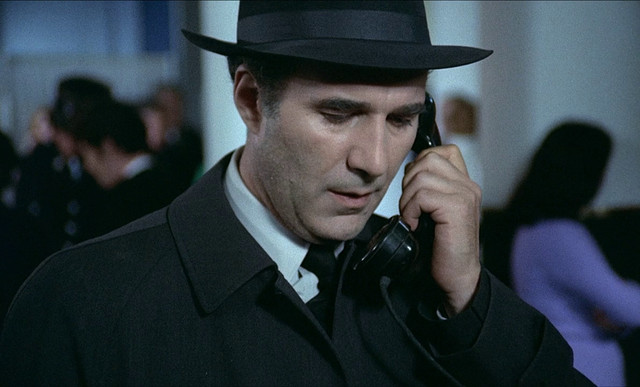 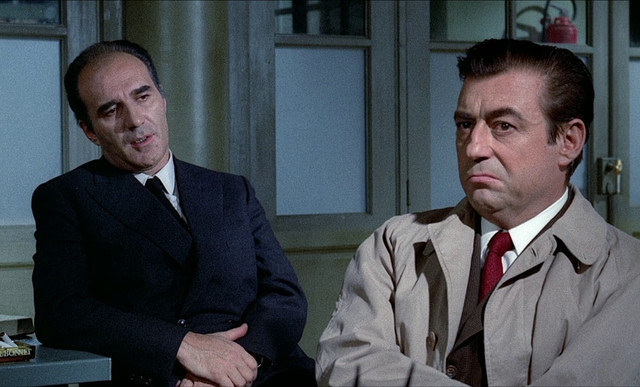 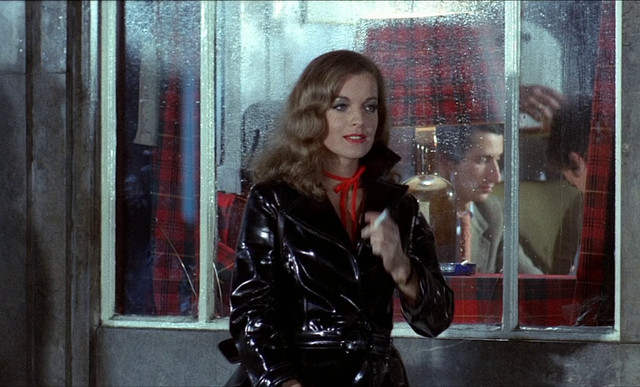 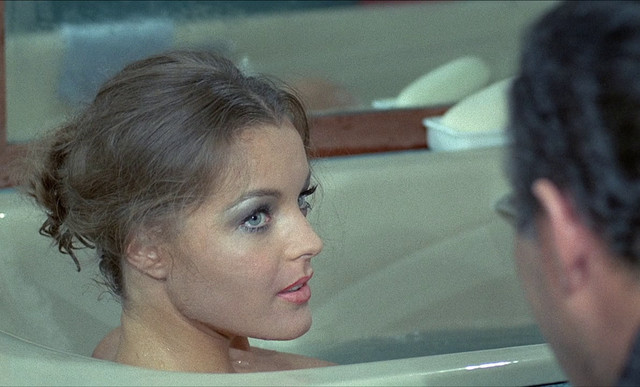