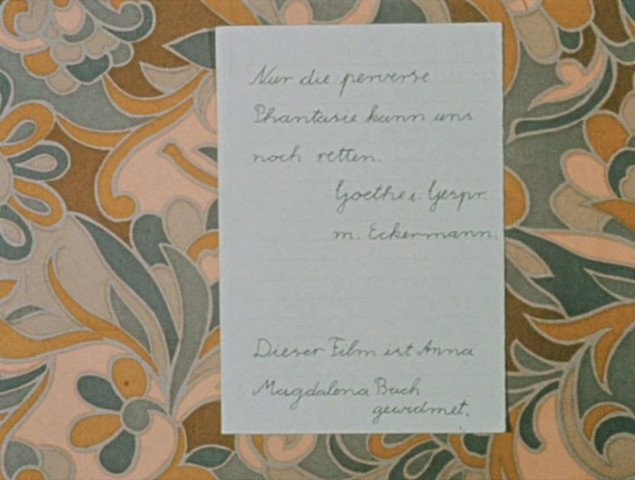 Pornography in the service of politics. An outrageous provocation, this attack on reactionary German legislation discriminating against young film directors, features head-on, close-up shots of a penis ‘mouthing’ the parliamentary defence of the law by its author. This is followed by masturbation of the organ by an anonymous female hand, ending with ejaculation into the camera and a close-up of a nude behind ‘blowing’ out a candle (with appropriate sound). A landmark in political pamphleteering, the film was selected for the 1968 Oberhausen International Short Film Festival by a committee of leading German critics, and promptly banned by the (social-democratic!) city government, causing the withdrawal of almost all German directors from the festival and a national scandal. The title satirically refers to the official certificate of ‘Particularly Valuable’ given each year to the best film shorts by an Establishment selection committee.
– Amos Vogel, Film as a Subversive Art 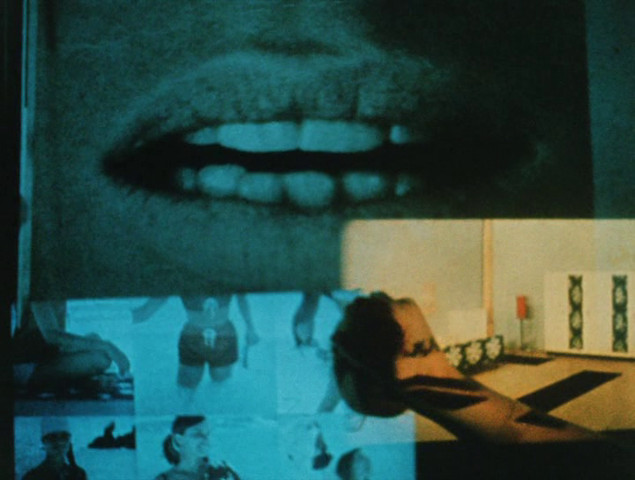 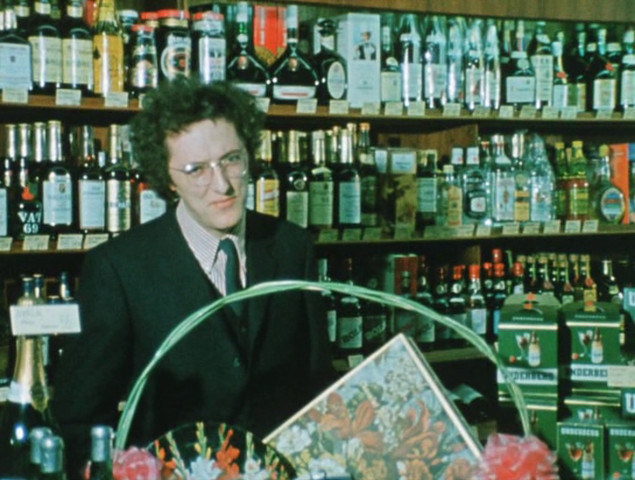