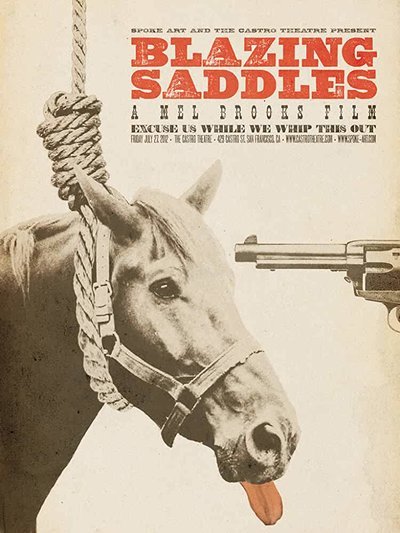 Synopsis:
The Ultimate Western Spoof. A town where everyone seems to be named Johnson is in the way of the railroad. In order to grab their land, Hedley Lemar (Harvey Korman), a politically connected nasty person, sends in his henchmen to make the town unlivable. After the sheriff is killed, the town demands a new sheriff from the Governor (Mel Brooks). Hedley convinces him to send the town the first Black sheriff (Cleavon Little) in the west. Bart is a sophisticated urbanite who will have some difficulty winning over the townspeople.