Nicole Brenez for BFI wrote:
Made in Argentina in 1968, The Hour of the Furnaces (La hora de los hornos) is the film that established the paradigm of revolutionary activist cinema. “For the first time,” said one of its writers, Octavio Getino, “we demonstrated that it was possible to produce and distribute a film in a non-liberated country with the specific aim of contributing to the political process of liberation.” The film is not just an act of courage, it’s also a formal synthesis, a theoretical essay and the origin of several contemporary image practices.

Working from within the Cine Liberación Group they formed with fellow documentarian Gerardo Vallejo, Getino and director Fernando Solanas made a 208-minute film divided into two parts (88 and 120 minutes) and three sections: Notes and Testimonies on Neocolonialism, Violence and Liberation (Part I/section 1); Act for Liberation (Part II/section 2); and Violence and Liberation (Part II/ section 3). Part II mainly consists of advocacy for the Argentinian politician Juan Péron and therefore does not concern us here. This article focuses entirely on Part I, the part that develops a critical analysis of the situation in the Latin American continent during the 1960s.

The Hour of the Furnaces: Notes and Testimonies on Neocolonialism, Violence and Liberation is a didactic essay organised into 14 chapters: ‘Introduction’; 1) ‘The History’; 2) ‘The Country’; 3) ‘Daily Violence’; 4) ‘The Port City’; 5) ‘The Oligarchy’; 6) ‘The System’; 7) ‘Political Violence’; 8) ‘Neoracism’; 9) ‘Dependence’; 10) ‘Cultural Violence’; 11) ‘Models’; 12) ‘Ideological Welfare’; 13) ‘The Choice’. In other words, the film conducts a comprehensive analysis of the history, geography, economy, sociology, ideology, culture, religion and daily life of Latin America. Each dimension and source of oppression is documented and pondered, as is each link between determinations and their consequences.

Headlines, captions and title cards punctuate the film like riffs in a musical composition. The quotations are from leaders of liberation struggles and inspirational figures from world history, such as the 19th-century Cuban revolutionary José Marti (the phrase “hour of the furnaces” is his), the radical activist Raúl Scalabrini Ortiz (Argentina), Che Guevara (Argentina/Cuba), Frantz Fanon (Martinique/Algeria) and Aimé Césaire (Martinique), among others. But perhaps the major structuring influence is the Peruvian revolutionary poet, philosopher and political leader José Carlos Mariátegui (1894-1930), whose analysis of Peru’s situation was the first systematic attempt to adapt Marxist concepts and methodology to a Latin American context. The chapter headings of his Seven Interpretive Essays on Peruvian Reality (1928) prefigure the film’s conceptual framework: ‘The Economic Factor in Peruvian History’, ‘Colonial Economy’, ‘Regionalism and Centralism’, ‘The Land Problem’, ‘The Indian Problem’, ‘The Religious Factor’ and ‘The Literature of the Colony’.

The film was made clandestinely under a dictatorship, and signed by the Cine Liberación Group. Each screening was a risk and created a “liberated space, a decolonised territory” (in Getino’s words), within which the film could be stopped for as long as necessary to allow discussions and debates (hence the compartmentalised structure). Argentinian scholar Mariano Mestman recalls that several screenings lead to military confrontations. To attend a screening was in itself a political act, transforming spectators into responsible historical subjects, not because they did or did not agree with the content of the film, but by virtue of the very decision to attend, despite the threat.

A demonstration and a lesson, The Hour of the Furnaces imports into cinema the affirmative aesthetics of the written political treatise. A collective ideal informs the whole film. It anticipates a liberated time. It’s not the product of a single voice but of a chorus of poems (Marti, Césaire), manifestos (Fanon, Guevara, Castro, Juan José Hernández Arregui) and films (by Fernando Birri, Joris Ivens, Nemesio Juárez). It conjoins the powers of didacticism, poetry and agogy (the agogic qualities of a work concern its rhythmic, sensible, physical properties – a notion suggested by the French aesthetician Etienne Souriau). Stylistically, the film uses all possible audiovisual techniques, from flicker to contemplative sequence shots (for instance, the final three-minute shot that reproduces a picture of the dead Che Guevara’s face with his eyes wide open), from collage to direct cinema, from blank screen to animated effects, from the rigours of the blackboard to the hallucinogenic properties of the fish-eye, from classical music to anglophone pop hits. Cinema is an arsenal and here all its weapons are unsheathed.

The film’s elegant radicalism inspired many later visual essayists such as Chris Marker, the Dziga Vertov Group, the Cinéthique Group, Patricio Guzmán, Alexander Kluge and films such as The Spiral (1975) made by Armand Mattelart, Jacqueline Meppiel and Valérie Mayoux (with the help of Chris Marker). In fact the analysis of conditions in Chile found in The Spiral and Guzmán’s The Battle of Chile (1977) can be considered fourth and fifth chapters of The Hour of the Furnaces.

A great tradition
The visual economic-political treatise is an important and rare form in cinema, one grounded in the theatrical agitprop tradition. Its historical highlights include Eisenstein’s Strike (1925), Cavalcanti’s Rien que les heures (1926), Dziga Vertov’s The Sixth Part of the World (1926), René Vautier’s Afrique 50 (1950), the Dziga Vertov Group’s British Sounds, Pravda and Struggles in Italy (all 1969), Santiago Alvarez’s Stone upon Stone (1970), I’m a Son of America… And I’m Indebted to It (1972), Raymundo Gleyzer and Cine de la Base’s Mexico: The Frozen Revolution (1970), L.A. Newsreel’s Repression (1970), the Cinéthique Group’s A Whole Program (1976), Vautier, Brigitte Criton and Buana Kabue’s Frontline (1976), Robert Kramer’s Scenes from the Class Struggle in Portugal (1977) and Straub/Huillet’s Too Early, Too Late (1982). The translation of an economic-political analysis into images remains a fascinating source of cinematic reinvention. In such a brilliant tradition, The Hour of the Furnaces stands out for its powerful balance between its strong literary structure and its many audiovisual innovations. These establish the film as a central reference for cinematic activism.

Such films give us the tools with which to understand, discuss and transform a historical situation: concepts (neocolonialism, imperialism, class struggle), logics (how to relate one phenomenon to another, for example the arts to neo-colonialism, religion to the economy, the working day to the nature of leisure) and proposals (slogans about revolution). In the context of the political responsibilities of culture and of film itself, The Hour of the Furnaces forms an indivisible diptych with Solanas and Getino’s written essay Towards a Third Cinema: Notes and Experiences for the Development of a Cinema of Liberation in the Third World (1969). This text can be seen as a genesis, a generalisation and an extension of the film.

Towards a Third Cinema defines a triad that generates many new questions: industrial cinema (the first cinema); auteur cinema (the second cinema, an alibi and safety valve for the existing system); and guerrilla cinema (the third cinema, contesting the other cinemas and the world order they support, acting as the cinematic insurgent patrol in the armies of liberation fighting colonialism and imperialism). Third Cinema reinvented each constitutive element of film practice: production, organisation, aesthetics, art and audience. This manifesto emphasises the unfinished dimension of The Hour of the Furnaces: “Until now, we have put forward practical proposals but only loose ideas – just a sketch of the hypotheses born out of our first film The Hour of the Furnaces. We therefore don’t pretend to present them as a sole or exclusive model but only as ideas which may be useful in the debate over the use of film in non-liberated countries.”

In 1984 Octavio Getino published Some Notes on the Concept of a ‘Third Cinema’, offering a precise depiction of the Latin American economic, political, military context and the relationships between the visual essay and the written one. Getino explains: “Cine Liberación was, before anything else, our fusion as intellectuals with the reality of the working class. This determined the tentative and inconclusive nature of our proposals… Both Solanas and myself, while making this film, amassed a considerable amount of theoretical material. It was for our own use, as reflections on our ongoing practical work. It was this material that we drew upon when we developed the theories which were published between 1969 and 1971.”

Taking the Marxist concept of praxis seriously, The Hours of the Furnaces wages its battle not only on the Argentinian political front but also on the aesthetic and theoretical fronts. Considering its modest underground provenance and its growing historical influence, the film seems to have fought victoriously because it attacked all three areas with equal energy and ingenuity. As Jean-Luc Godard once said about Solzhenitsyn: “We already knew all about what he wrote, but he was listened to because he had style.” The film’s renewal of the economic-political treatise as cinematic form can be traced in many subsequent films whose activism operates through similarly diverse experimental energies: Godard’s Le Rapport Darty (1989), Raoul Peck’s Profit & Nothing But! Or Impolite Thoughts on the Class Struggle (2001), Erik Gandini’s Surplus: Terrorized Into Being Consumers (2003), Alexander Kluge’s Notes from Ideological Antiquity: Marx-Eisenstein-Capital (2008), Lech Kowalski’s The End of the World Begins With One Lie (2010) or John Gianvito’s Vapor Trail (Clark) (2010).

Having proved its power to inspire, The Hour of the Furnaces remains incendiary because it affirms its thesis as if it were throwing grenades, accepting that the wind of history drives some of the flames back towards the thrower. Among its arguments urging armed struggle there is one slogan, however, that’s proving false in these times of lethal neoliberalism: “No social order commits suicide.” Let’s hope that some collective, somewhere in the world, is preparing the tinder. 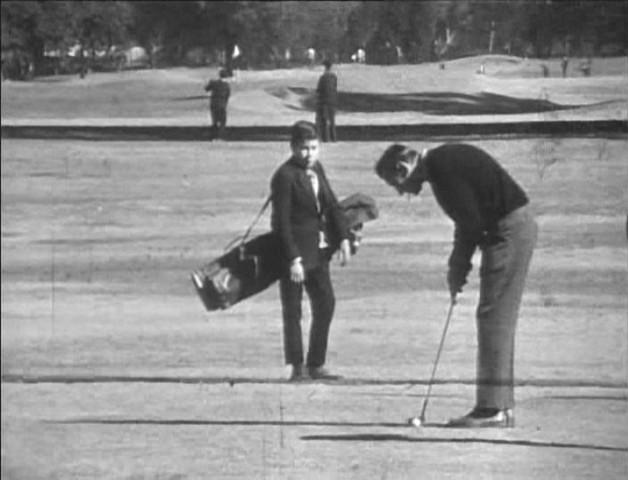 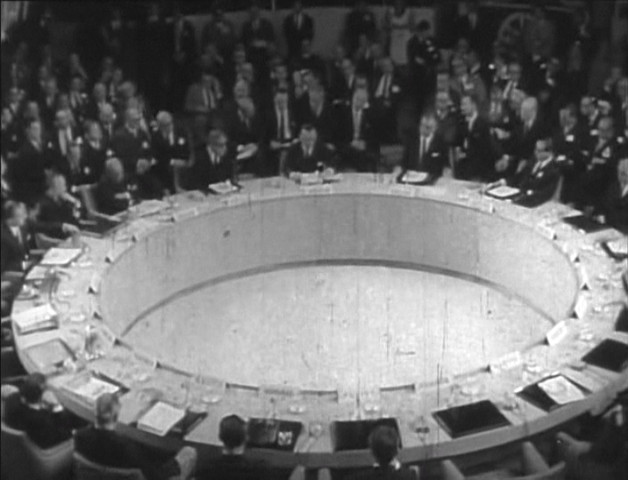 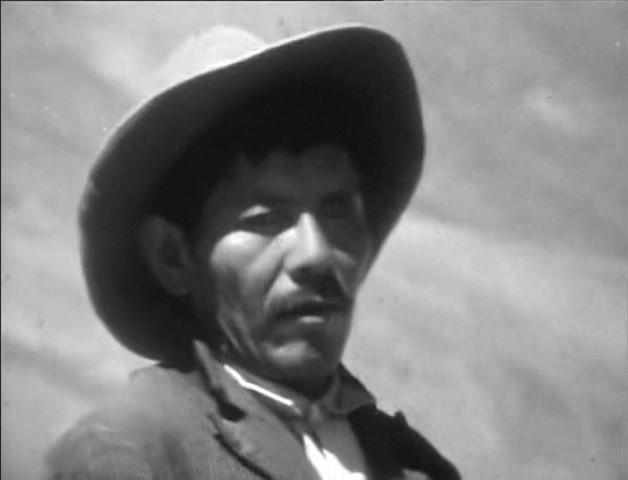 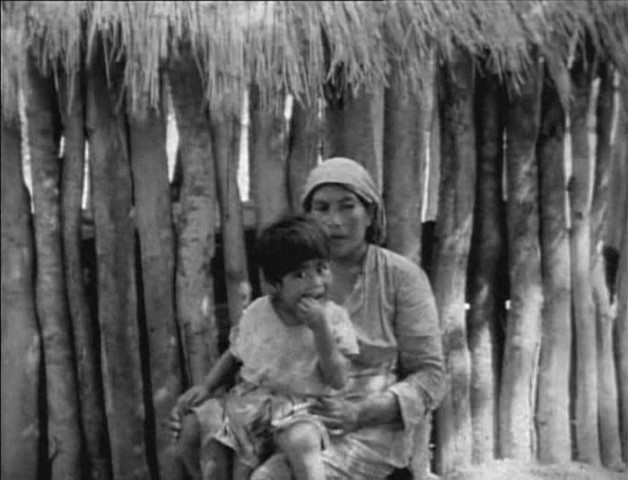 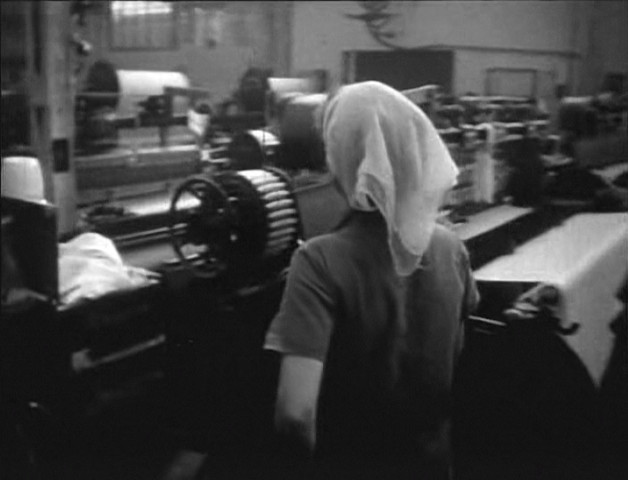