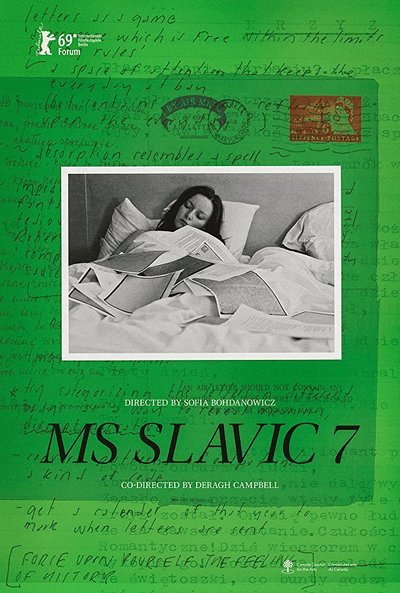 A woman who has trouble articulating herself finds a place of her own in researching the letters of her great-grandmother in this entrancing character study.

There’s a throwaway moment in “MS Slavic 7” that shows a wonderfully mischievous mind at work as a librarian at Harvard University can be seen playing with a label he’s just printed out, saying “Property of the Houghton Library.” Like a fickle god, the sticker is flicked from one finger to another, presumably to be affixed to a book that will forever belong to the library that may be able to loan it out, but no one that reads it can ever feel as if it’s truly theirs no matter how intimate a relationship they forge with the words inside. Fortunately, the moment is interrupted by Audrey (Deragh Campbell), who has made her way south to Massachusetts from Toronto to read letters penned by her great-grandmother Zofia, and this small but permanent decision is brushed off to the side with the sly inference that Audrey has inadvertently created an opportunity for her to call something her own.

“MS Slavic 7” was inspired by a real-life revelation for director Sofia Bohdanowicz, who uncovered the relationship between her great-grandmother and Jozef Wittlin, a one-time Nobel laureate nominee, both poets and survivors of the Holocaust whose correspondence is romantic, even if it remains undetermined if they indulged in a proper romance, and Campbell, credited as a co-director, essentially is playing a version of her as Audrey, though after appearing as the character in two other of Bohdanowicz’s films, it is clearly a combination of them both. Yet even if both filmmakers have imbued Audrey with certain qualities, she is largely undefined when she first appears, unpacking her luggage in an anonymous hotel room with the lone extravagance – a bottle of wine – accompanying the essentials to suggest anything about her life.

That some spirit is never far from her reach can be read as needing something to soothe her soul in the present moment, and becomes the strongest hint early on why Audrey is so intent on uncovering her great-grandmother’s letters, but Bohdanowicz and Campbell, who co-edited the film together, gradually reveal why such a such a seemingly innocuous request turns into an epic ordeal when her aunt Anja, who looks after the family’s affairs, and even the librarian at Harvard who controls access to the archive, assert authority where they can in an effort to feel as if they hold power in a world where they often clearly don’t. Left unspoken but looming large over the proceedings is the fact that Zofia’s letters are only valued by the Houghton for their connection to a celebrated man, but as Audrey begins to dig into them, this inequity is rectified as the back-and-forth correspondence between Zofia and Josef carries equal weight and the text becomes as gripping for Audrey as she opens up the letters as when their original recipients did.

The words leap off the page for those off-screen as well, thanks to the truly inspired ways that Bohdanowicz and Campbell allow an audience into Audrey’s mind formally. The letters themselves are presented in tactile fashion, occasionally translucent to elevate the bold black ink of the text over the opaque paper it was written on, and a mere image of Audrey laying hands on one can set off a trail of subtitles that unveil their content, racing across the screen to be unpackaged at the same rate our heroine is piecing things together. There are some surprises tucked in, with a few as a result of the film’s subtly anachronistic structure, and the cut backs to a conversation that Audrey is having in a cafe with what appears at first to be no one in particular is especially clever as she works out her thoughts about what she’s discovered in stunted bursts, reflecting how frustrated she can be with what she’s able to articulate from what she knows to be true and the responsibility of doing so in relation to people who were once able to express themselves so eloquently is treacherous. These moments can be as funny as they are terrifying and for a film steeped in the experience of reading and the internal emotions it can stir, “MS Slavic 7” is unexpectedly visceral and engaging, summoning all the vitality that can be hidden within the margins, sometimes with entire lives falling into the crevices that deserve to be brought to light. With their latest collaboration, Bohdanowicz and Campbell offer up the pleasure of that discovery. 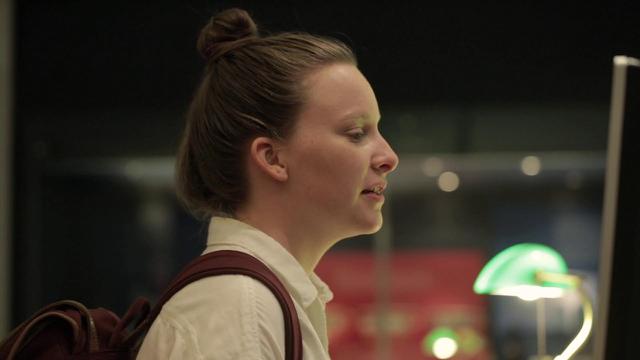 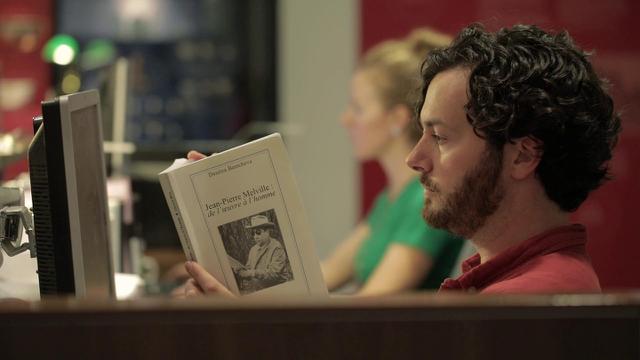 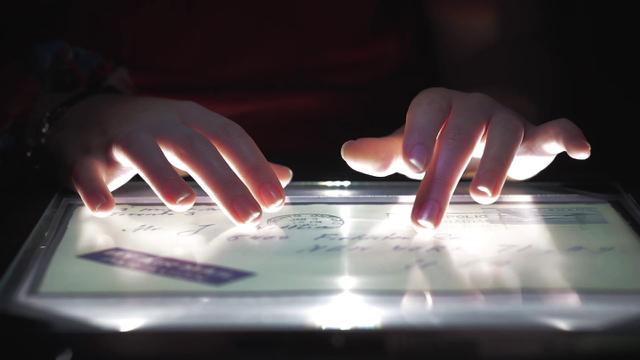 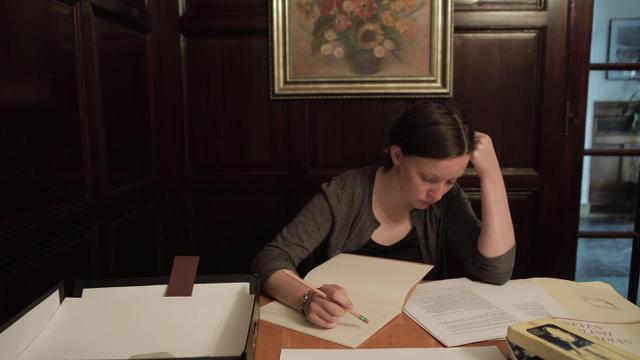