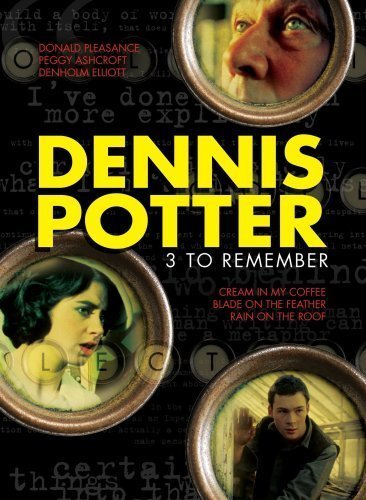 In 1978, tired of and frustrated by not having the power over the BBC’s drama department Dennis Potter went some way to realise his dream of being a writer with total control over his work by forming the independent production company Pennies From Heaven (or PFH) Ltd with producer Kennith Trodd and his agent Judy Daish. Two years later, the companies independent nature came to fruition thanks to a deal with BBC rival, LWT to produce six new plays by Potter along with three other plays comprising of two from Salford socialist Jim Allen and one writer/performer Ken Campbell.

In the end, as a result of budgetary restraints, just three plays were produced from the deal all penned by Dennis Potter; Blade On The Feather, Rain On The Roof and Cream In My Coffee. Many would struggle to argue these were among the best of Potter’s work and – even from a playwright who would constantly return to key themes throughout his career – they seem highly derivative of previous pieces, but they remain interesting and well performed examples of some merit.

This play, Rain On The Roof, was the second of the ‘trilogy’. It stars Cheryl Campbell (fresh from Pennies From Heaven) and Malcolm Stoddard as an acrimonious and well to do married couple, Janet and John (the names coincide with the reading primer characters for children and are entirely intentional, proving to have resonance later) who, in the first scene, we see bringing a house party they are hosting to a close. Alone, Janet challenges her husband over his adulterous behaviour with a neighbour whilst, unbeknownst to them, they are being spied upon through the window by a clearly disturbed young man we later learn is called Billy (played by then newcomer Ewan Stewart; a Scots actor who convinces with the West Country accent so familiar to several Potter characters). The couple’s argument turns on a sixpence into passion and, as they begin to make love on the floor, Billy begins to bang on the window, screaming and hollering in disgust before fleeing to a nearby greenhouse where he is shown to be dossing down in.

The following morning, John goes off to his job as an advertising copywriter (a regular theme for Potter, so fascinated was he by the shallow lies and false dreams they sold) and Billy returns to see Janet about learning how to read and write. It appears that Janet has been willing to teach him for some time but Billy has in the past given up all too readily. As the lesson commences, Billy informs Janet that his father has just passed away and that he has now found religion, whilst Janet – perhaps looking for revenge against her husband – begins to flirt with the simple Billy. Later, following a crippling headache that briefly debilitates Billy, Janet throws a dinner party that includes her husband and his work colleague and neighbour who is married to the woman John is having an affair with, and Billy. It is inevitably a disaster and Billy flees into the night, only to return when the other guests have left, to brutally slay John and demand another lesson from Janet.

Rain On The Roof is a standard ‘visitation’ or ‘home invasion’ drama from Potter, the title stemming from a hit by his beloved crooner Al Bowlly. The title has several meanings; it describes Billy’s emotional/mental state (as seen in the quote at the start of this review) before he found God and how he now feels “washed clean. Like new” But it also darkly and sardonically suggests a mental impairment – water on the brain/rain on the roof/a few slates missing etc.

As well as the aforementioned advertising, his key themes of religion, the loss of innocence and the educationally underdeveloped, adultery and sex – including the wantonness depicting by some characters and the disgust and fear shown of it by others, characters displaying dangerous mentally deranged behaviour, comedy (in this case darkly farcical) and sudden violence are all in evidence, but it feels like a writer going through the motions rather than offering anything new to say regarding such concepts. Cheryl Campbell is on record as challenging Potter’s script, refusing to perform one scene/say a line she considered out of character that was to have shown Janet stepping out of the bath after the disastrous dinner party and, admiring herself in the mirror, is clearly expecting Billy to return; “Have I got a surprise for you Billy boy” she confidently proclaims. It was a bold move, but she won out in the end. As Campbell explained, “I think people had begun to regard his work as too sacred to tackle and they weren’t tough enough with him”

This suggestion that Potter was coasting, relying on his reputation as a great playwright, certainly explains just how abrupt Rain On The Roof can be. The most glaring aspect of this is the character of John who is virtually one dimensional and paper thin. His shocking murder (just one of a series of violent deaths that Potter was now closing his plays on, like that old cliche of an explosion being the get out ending of just about every American action drama) comes far too abruptly and leaves the viewer wondering just what this character was all about and what he served the story as a whole. Equally, much of Potter’s alleged malice towards women is also on display, depicting Janet in an alarming mercurial manner even without the line Campbell championed to remove – we still witness her cooing like a sub-Marilyn Monroe in the foamy bathwater, after all. It’s clear her role is that of an occasional selfish temptress in Billy’s addled mind (jostling for space with his other, preferred belief that she is akin to a saviour; a Pre-Raphaelite angel who will give him the tools to allow him to read the Bible, his ultimate goal) but such scenes suggest the dichotomy that such a role might exist outside of Billy’s mind. I understand she is pushed to find a connection with Billy because of her husband’s unfaithfulness but scenes like this suggest it is more pre-meditated and therefore more manipulative too. It says something that the best scene in the play is a lengthy one which concerns itself with Janet teaching Billy how to write/spell the words ‘it’, ‘sit’ and ‘bit’. It’s kudos to the assured and skillful playing and timing of Campbell and Stewart that what is essentially the kind of thing one could see in an educational programme for children – and feels lifted from such a thing – can ultimately be so absorbing. 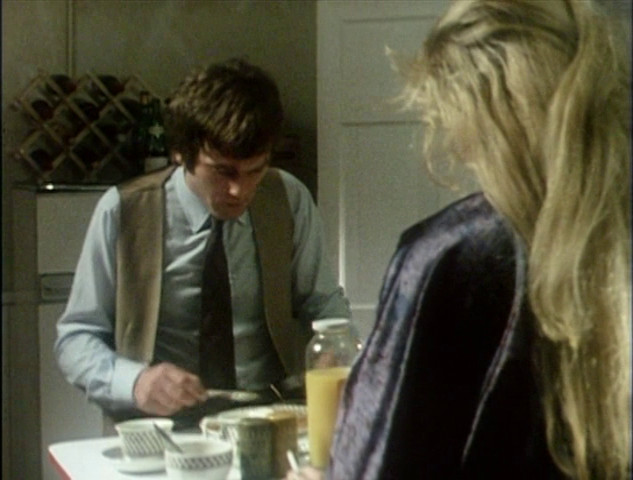 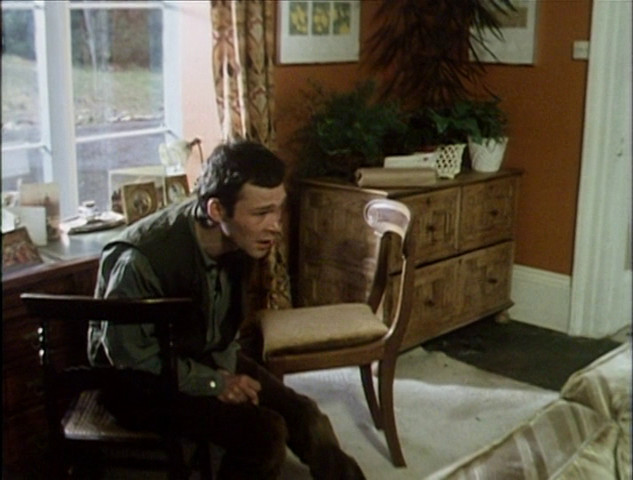 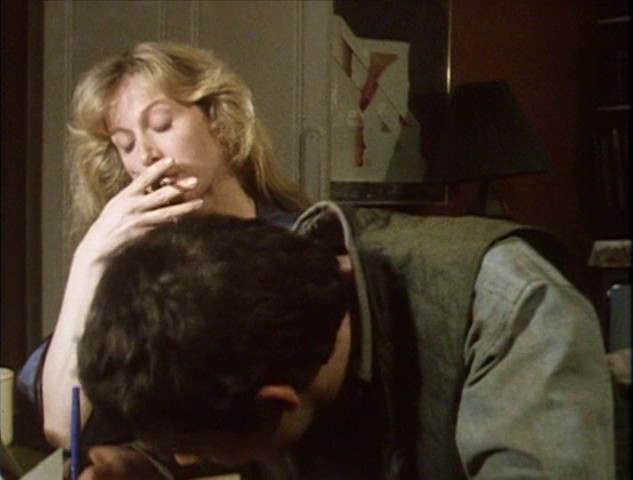 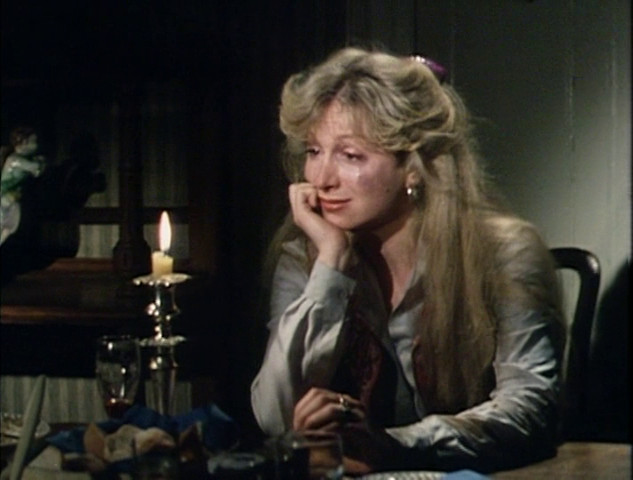