Macoto Tezuka – Hakuchi AKA The Innocent (1999)

Harrowing drama is set in an alternate version of the 1990s in which World War II never ended and the citizens of Japan are subjected to nightly bombing raids.

Hakuchi (1999) is based off of Ango Sakaguchi’s novel of the same name and directed by Makoto Tezuka, Osamu Tezuka’s son. “Hakuchi” means “Idiot” (and is in reference to a mentally handicapped woman in the storyline). It stars my favorite Japanese actor Tadanobu Asano (Kakihara in “Ichi the Killer”, Mamoru in “Bright Future”, etc.) as a directing assistant named Izawa who works at a television station in a war-ravaged Japan. He gets harassed and abused by a pop star/actress named Ginga who he works for. One day Izawa returns home to find that the mentally-challenged wife of the crazy man next door is hiding in his closet.

The world of “Hakuchi” is very unusual, most likely an alternate universe. The Japan of this movie is highly influenced by Thai culture (which is obviously not true in real life) and there is a heavy futuristic element mixed with very old-fashioned traditional Japanese elements. But, since it is a very artistic and stylized movie, situating this completely fictionalized reality in real life is unnecessary.

This is one of the most visually stunning surrealist films ever made, and Makoto Tezuka has created a masterpiece in adapting Sakaguchi’s existentialist novel to the screen. From the opening shots of the film to the conclusion, this is not a film that is easy to dismiss. Midnight Eye’s reader poll placed it in the top 15 when it was released to small art houses in the US. Unfortunately, no US distributor has bothered to produce an English-subbed print for DVD release, and the film languishes largely unseen here. 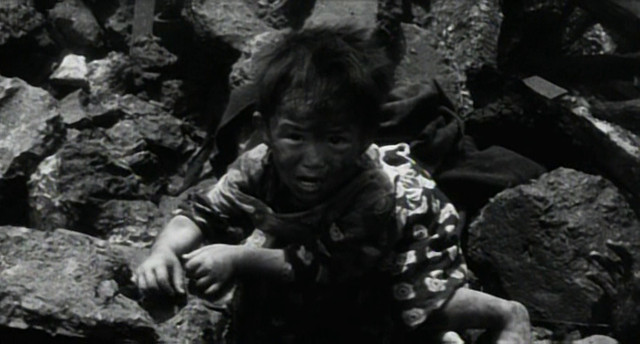 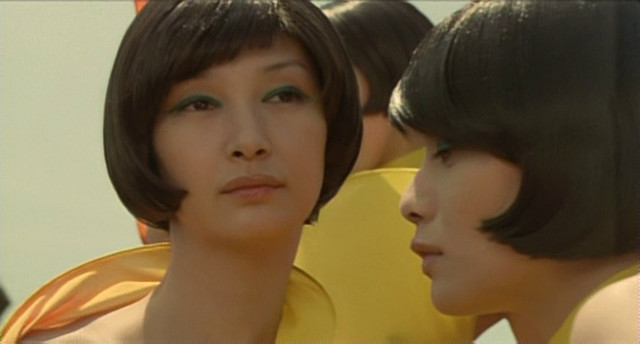 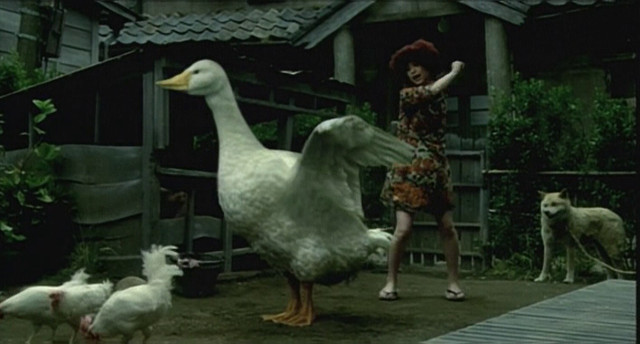 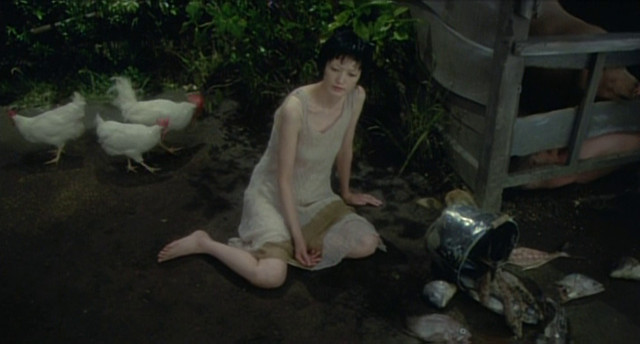