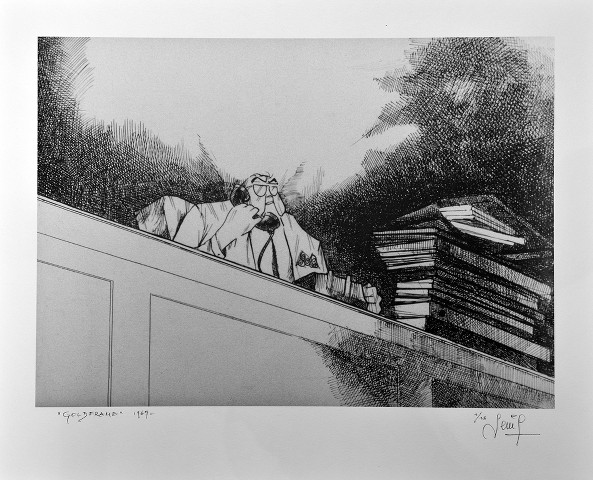 Synopsis:
‘Jason Goldframe, a film producer, is always the best and the first! It’s his ambition to be the very first to achieve the inconceivable: making a 270mm film. Obsessed as he is, he even wants to be faster than his shadow. One evening he succeeds.’
– Raoul Servais Foundation

Raoul Servais wrote:
‘Goldframe was a first experiment in freeing myself of rigid and cleaned tracing of characters. The spontanuous, freehand drawing of the main character in the film, Mr. Jason Goldframe, was in perfect symbiosis with the brilliant backgrounds by Paul Van Gysegem.’ 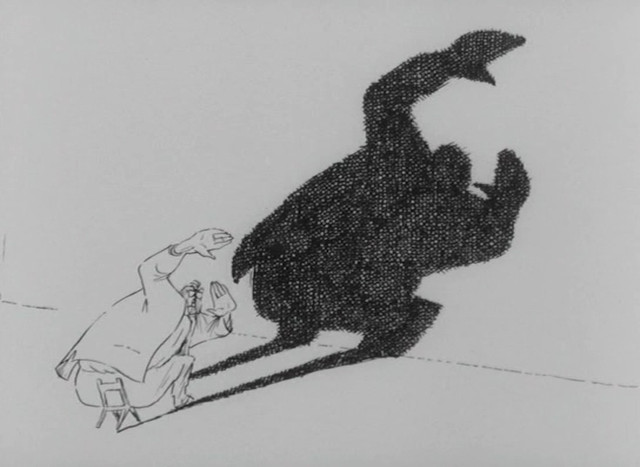 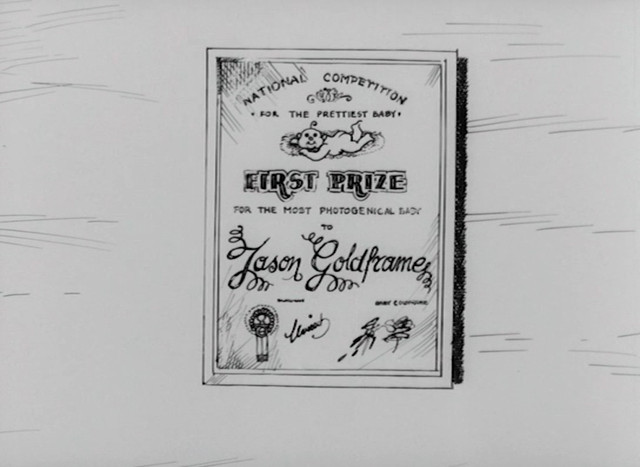 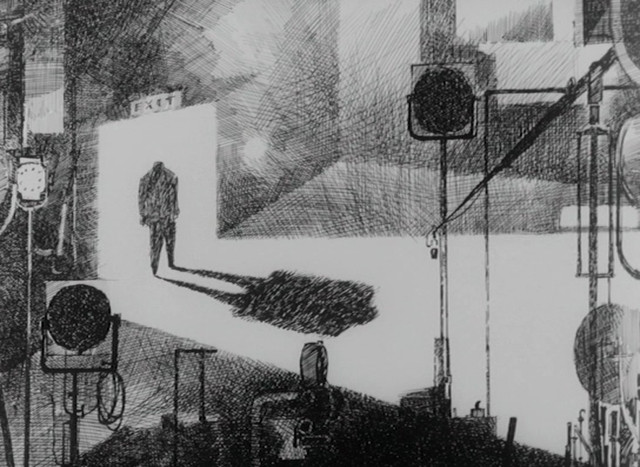 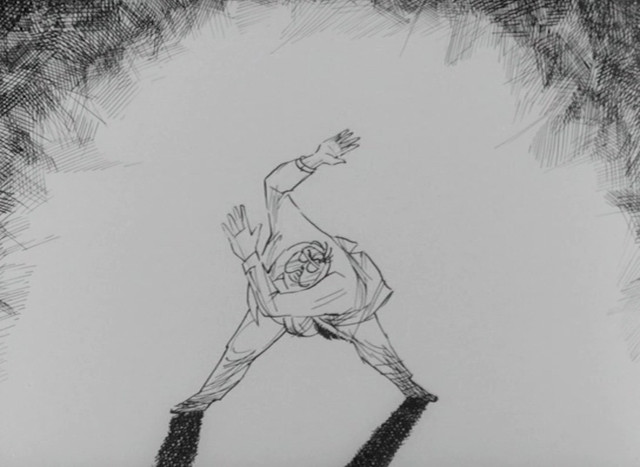