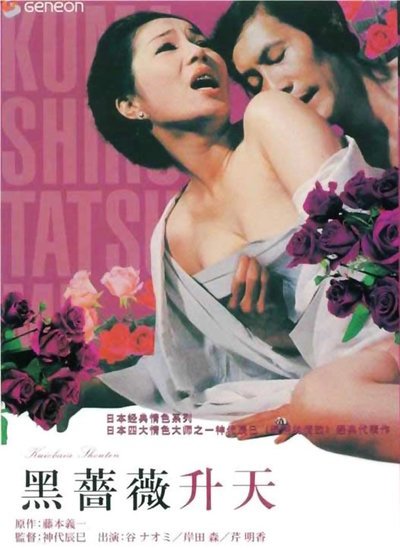 Quote:
This self-reflexive pinku eiga film may be to Nikkatsu softcore what Boogie Nights was to American hardcore. Shin Kishida stars as Juzo, a self-important pinku eiga director clearly modeled on Nagisa Oshima. Production is halted on his new film when lead actress Meiko is too obviously pregnant to film sex scenes. Looking for a replacement, he comes across the ubiquitous Naomi Tani, starring here in one of the rare roles which doesn’t require her to be bound with rope. Everything goes well until Tani starts a sex scene with Hajime Tanimoto, who got Meiko pregnant. Juzo realizes that he’s in love with his new starlet, so he cancels the film, marries Tani, and lives happily ever after.
Well directed by Tatsumi Kumashiro, and with plenty satirical in-jokes to amuse devoted pinku eiga buffs, Kurobara Shoten is among the genre’s most engaging self-examinations. ~ Robert Firsching, All Movie Guide