From Amos Vogel’s Film as a Subversive Art:
This powerful, unsettling film elevates voyeurism to its central element in a series of raw sexual encounters reflected in an apartment mirror, from which a hidden camera records its images. The lustful sex turns increasingly pathetic and the mirror is finally smashed in despair. The “playing” on reality — the entire film is staged, the mirror thus reflecting a double illusion — is eminently modern and structural, as is the camera’s passive immobility, with action at times leaving the frame or the film “running out”. 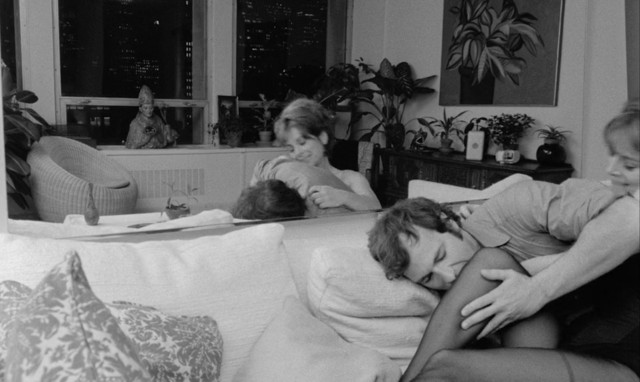 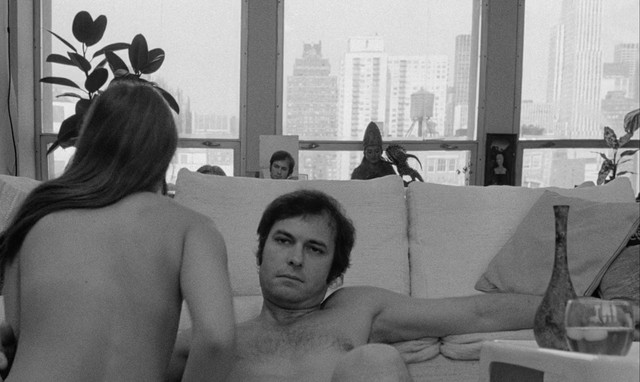 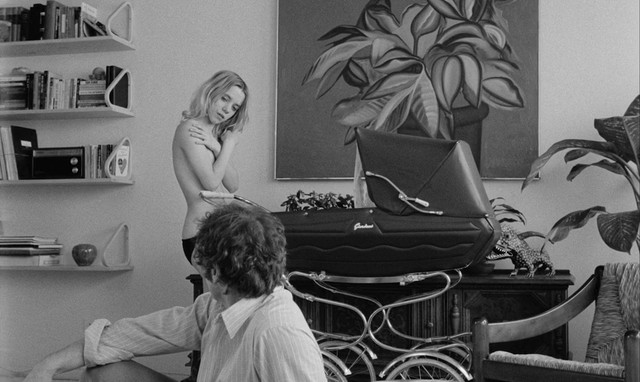 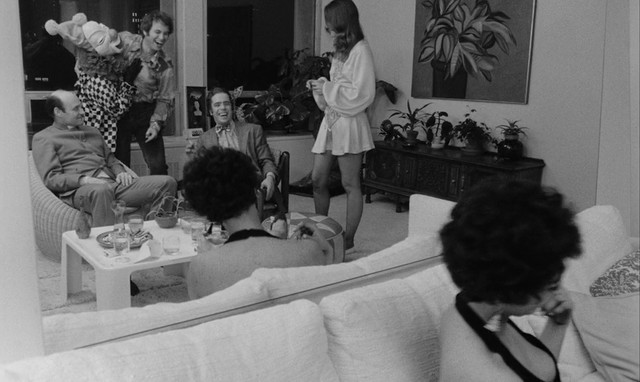