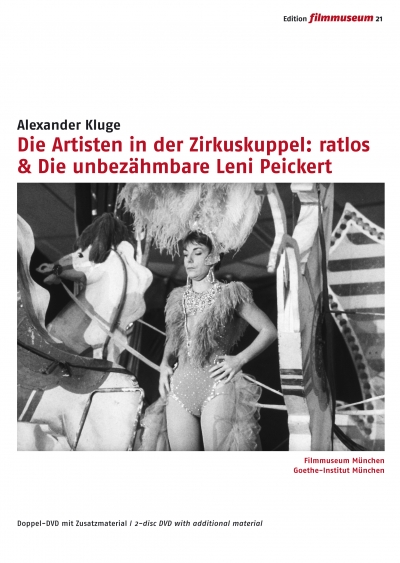 Synopsis:
The circus artist Leni Peickert is planning the circus of the future. She wants to show the animals authentically, and not dressed up as people. In face of the inhuman situation, the artists are to increase the degree of difficulty in their work. But her plan goes awry. Leni Peickert approaches a television company, seeing a knowledge of this special technology as a more suitable basis for her attempt to change the world.

Review:
Alexander Kluge’s “Artisten unter der Zirkuskuppel, ratlos” has often been criticized as inaccessible. I’ve heard that at the time of the film’s first release some cinemas allowed viewers to see the film twice while having them pay for only one ticket, acknowledging that more than one viewing was needed to digest this complex film. Clearly, the film’s montage technique and its use of quotes from Hegel, Nietzsche and others in often rather rapid succession doesn’t help and may leave some viewers almost as clueless (“ratlos”) as the artists of the title. I’ve nevertheless experienced the film as a deeply moving attempt to deal with the question of the role of art in the face of historical catastrophe – the question of how art after Auschwitz is possible as asked by Theodor Adorno and other intellectuals and artists in post-war Germany.

Ironically, Leni Peickert, the film’s hopeful circus director, and her production team, is confronted with the same questions Kluge may have asked himself before making the film. After having solved the problem of producing art for the market, which had caused the first artistic setback (a deus ex machina solution all of a sudden provides Leni Peickert with money), the team is pondering difficult artistic questions. Should we try to reach a mass audience, popularize and simplify matters? Should the circus produce politically engaged, “tendential” art – our would this reduce the issues at hand to mere slogans?

That the circus is a stand-in for artistic production in general becomes clear when Leni Peickert and her team visit a writer’s congress that triggers off a discussion of “can there be art after Auschwitz,” resonating with Adorno’s statement that writing poetry after Auschwitz is barbaric. Rather than endorsing this discussion, however, the film appears to exhibit its sterility and formulaic quality.

The film’s insistence on catastrophe, violent historical upheaval and failed revolution through its use of historical footage implicitly makes a claim for the task art has to take on. Kluge’s film begins with the recent past many Germans of the sixties wanted to forget: a hilarious documentary sequence of a “festival of art” staged by the Nazis and featuring extras wearing (unhistorical) ancient Germanic costumes. The soundtrack ironically underlays this with an Italian version of Paul McCartney’s song “Yesterday.” Against this “yesterday,” against Nazi art with its blind celebration of a presumably glorious Germanic past, Kluge’s film critically reflects on the role of art in post-war German society.

Most memorable are perhaps the scenes with the elephants – the animals that never forget. At one point, scenes of circus elephants filmed by Kluge are cut with historical photos, while Kluge’s voice tells of elephants who died in a sensational fire in a zoo. “We won’t forget,” the elephants say, and Kluge’s voice-over mysteriously tells of a pain that had to be locked up in crates and submerged in the ocean: the experience of trauma that can neither be dealt with and faced, nor forgotten. Kluge’s film is a plea for an art that enables us to work with historical trauma and to transform it into artistic production and political action. Unfortunately, his film was not, like, for instance, his earlier movie “Abschied von Gestern” (“Yesterday Girl”) a success with audiences, but it remains a moving and intellectually engaging contribution to the discussion of the role of art in postwar Germany. 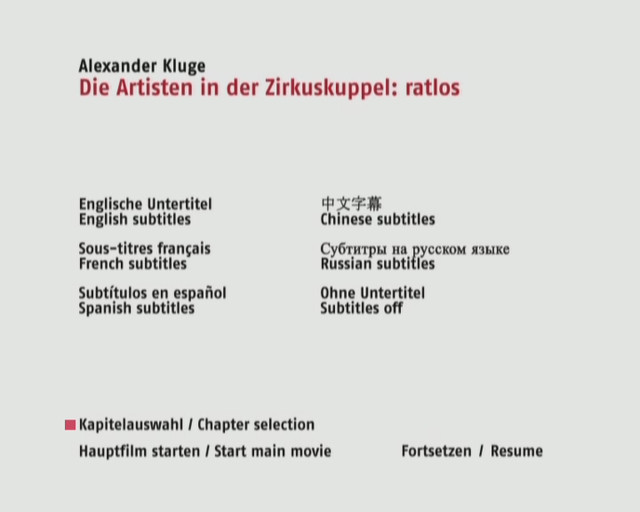 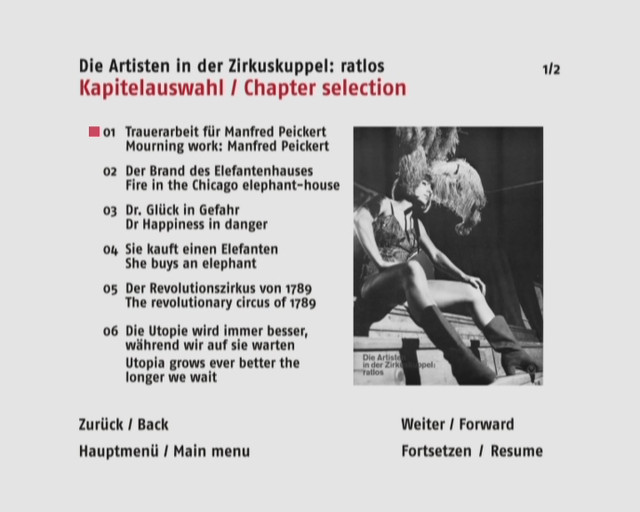 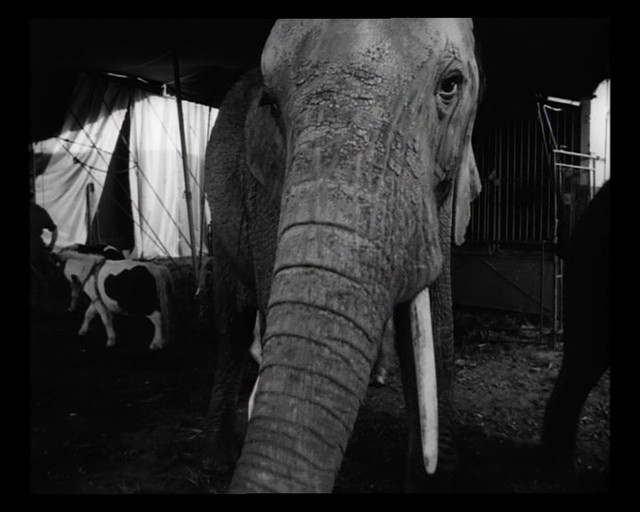 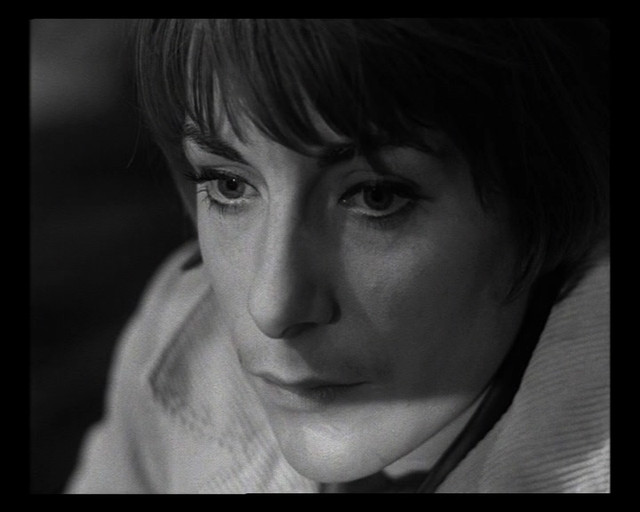 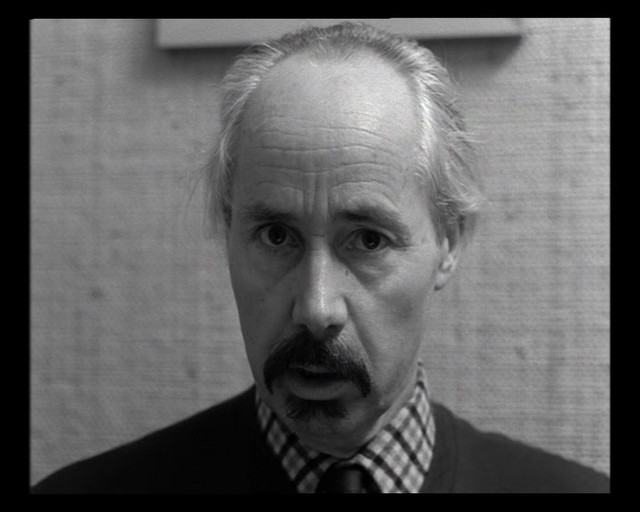 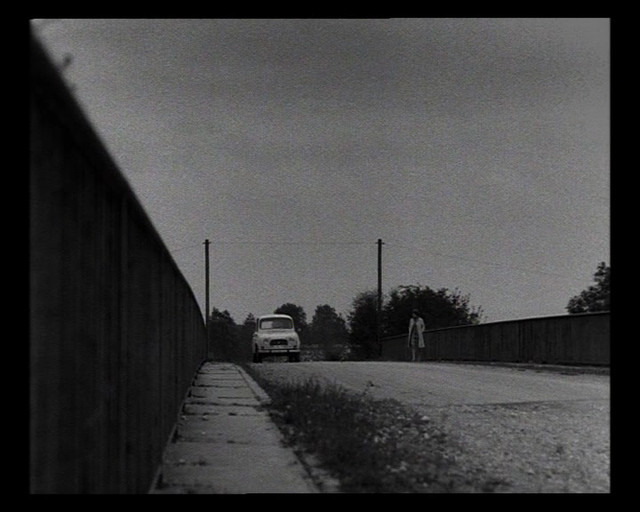 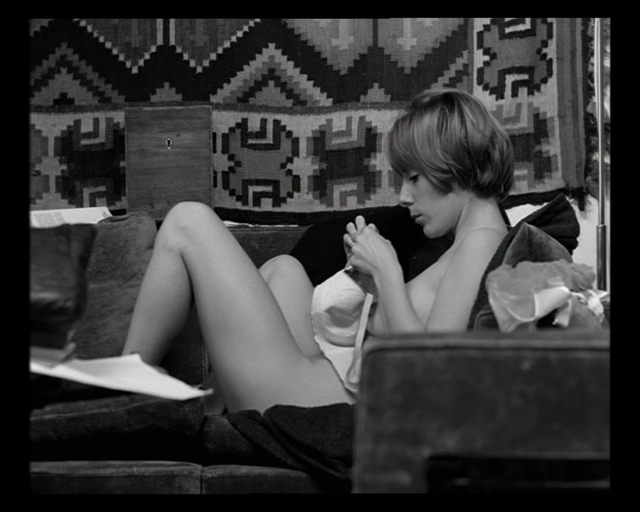 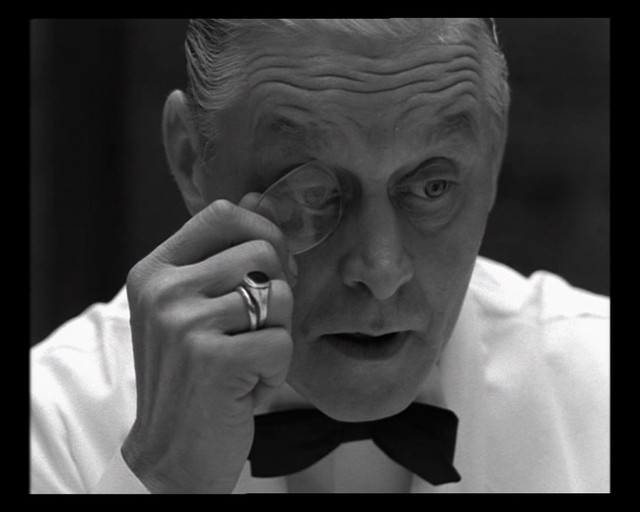