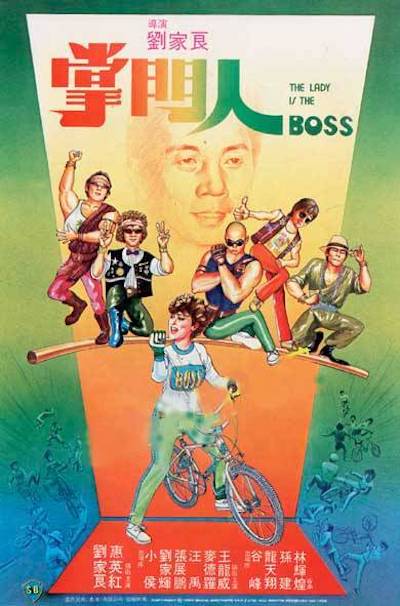 Liu Chia-Liang plays Wang Hsieh Yun, a teacher of a martial arts school teacher who has just reopened the school after having to move due to the government building a road where the school once stood. The school’s original master was to come and help open the school, but sends his Americanized daughter Mei Ling (Kara Hui) in his place, hence making her the senior and boss. Mei Ling feels Master Wang’s techniques are old fashioned and take to long to learn, boasting that her father has changed the way he teaches and that she is the authority on how it should be done. The school has only five students upon her arrival and in an effort to gain more students they publicly try to put the word out, recruiting most of the new class from a modern dance hall. Unfortunately some of the girls work in a sleazy night club and the bosses are none too impressed when the girls use what martial arts they’ve learned to fend off perverted clients. When the boss beats the girls Mei Ling comes to set things straight, but finds that she underestimated what she was going up against leaving it up to Master Wong and his five original students to save the day.