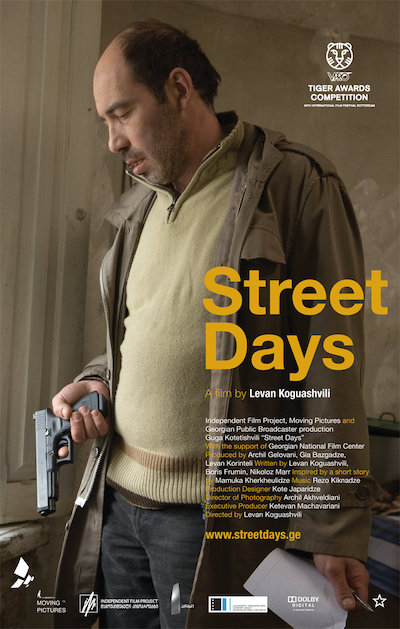 A middle-aged, unemployed heroin-addict, Checkie, loiters on the Tbilisi street outside his son’s school, where he himself was once a promising student. His wife, meanwhile, struggles to pay the tuition and understand her husband’s lack of interest in the family’s survival—even as the bank repossesses their furniture. But when a group of policemen blackmails Checkie into entrapping the son of his wealthy friend, husband and wife are unified by the uncertainty of their deepening moral dilemma, and a series of worsening foul-ups, in Levan Koguashvili’s lightly humorous yet realistic drama about the fate of a generation left behind in Georgia’s post-Soviet era. 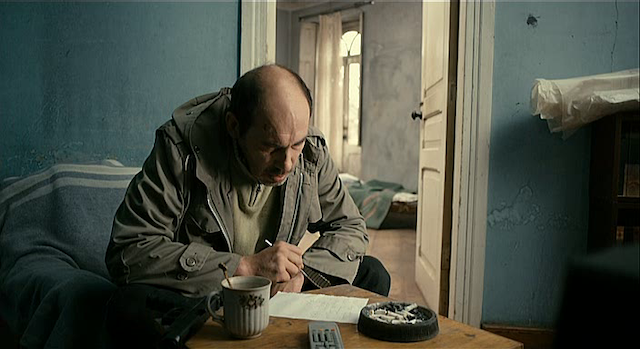 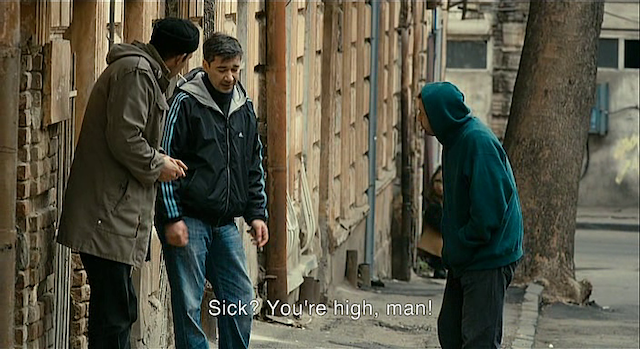 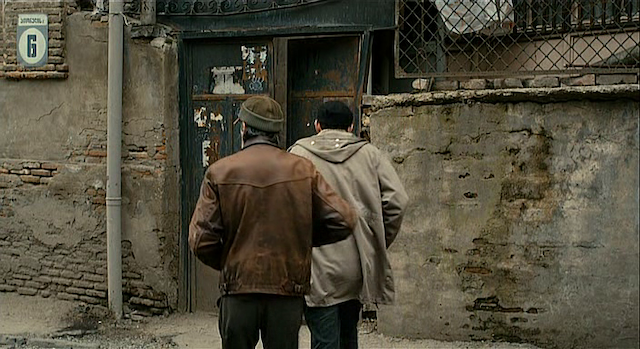