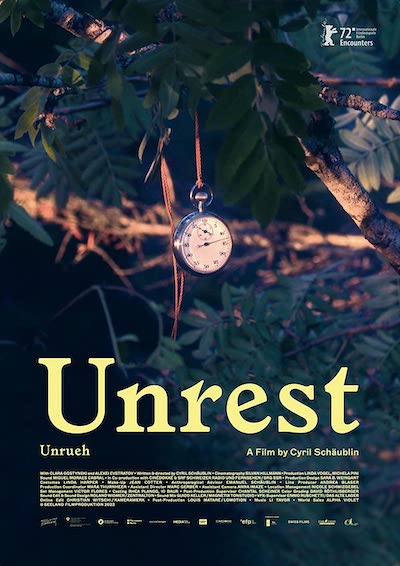 One of the greatest films of the year, so far.

Quote:
In a valley in the Swiss canton of Bern dominated by the local watchmaking industry, the first ever International Anarchist Congress was held in 1872. And inside a traditionally made clockwork watch, such as the factories of Bern would have been producing at the time, there is a tiny spiral wheel that balances the mechanism, called the unrueh — the unrest.

This dainty coincidence of echoing terminology at most might raise a “huh” from those of us into wordplay and social history and Twitter accounts that exclusively post images of machinery at work. But for Swiss director Cyril Schäublin, it becomes the kernel of “Unrest,” a gorgeously playful oddity glimmering with insight into ideology, photography, cartography, telegraphy, celebrity, solidarity, the flow of capital, the unruliness of time and the somehow noble lunacy of trying to tame such a massive concept into a brass doodad small enough to fit in a waistcoat pocket.

Pyotr Kropotkin was a Russian polymath who became a central figure in the anarcho-communist movement of the late 1800s. In “Unrest” he is introduced obliquely, by a small knot of young Russian ladies in lace carrying white parasols and clutching flowered hats to their heads against the wind. They talk about “Poor Pyotr” — he was rumored to have fallen in love with a photograph of a woman from Papua New Guinea who was executed after she slit the throat of an English officer who tried to kiss her — and remark that he is now visiting “some valley in Switzerland,” where he has become an anarchist. The (in)action then moves to Switzerland, where Pyotr (Alexei Evstratov) arrives in the watchmaking town of St. Imier, ostensibly to carry out a survey for a more accurate map of the region.

St. Imier, in particular the watch factory, is already a hotbed of anarchist activism. The workers, mostly women, have a proto-union which allies itself with other such organizations globally — sending a portion of its monies to help striking Baltimore rail workers, among other causes. This is not popular with factory director Roulet (Valentin Merz) who issues an edict that any affiliated workers must be dismissed. Among those thus losing their jobs is young, pretty unrest-wheel-fitter Josephine (Clara Gostynski). She meets Pyotr. They go for a walk. Just as anarchists are proudly anti-authoritarian, so does “Unrest” rebel beautifully against the tyranny of things having to happen in a movie.

Instead, we get a madly intricate lattice of details and sketches occurring in and around the town. There’s a photographer who also sells pictures of well-known figures, adjusting the price as he gauges the interest of the buyer. There’s a pair of affable gendarmes tasked with keeping the peace in what is perhaps the most pacific place on earth. And there’s the resonant irony that, ten years before Standard Time became a thing, timepiece hub St. Imier runs on four different clocks: factory time, municipal time, telegraph time and railway time. One can arrive at work early and still somehow be late.

This is only writer-director-editor Schäublin’s second film, after 2017’s terrific “Those Who Are Fine,” and already he has established a distinctively offbeat aesthetic. Played by a non-professional, mostly local cast, which gives this period picture its casual modernity, the characters are often framed at the extreme edge of DP Silvan Hillmann’s shimmery, dappled images, in compositions that are mostly forest or sky or the eaves of buildings.

A high proportion of the dialogue, as in that first film, is pointedly transactional and numerical: people calling out lists of wages, order amounts and distance measurements. But where “Those Who Are Fine” used serial numbers and bank codes as an expression of the uncanny alienation of modern human interaction, here the device works more warmly and whimsically. The murmured litanies of “Unrest,” sparkling against sound designer Miguel Cabral Moraes’ airy sonic backdrop of wind and nature, are surprisingly restful.

Counter to the volatile era of ideological ferment being investigated, the film’s mood is marked by serenity and a deep-in-thought quiet so undisturbed you could hear the ticking of a watch from a hundred paces. Reports of violence are met with little more than an owlish blink or a raised eyebrow. Political gatherings are more likely to culminate in a song sung by a choir of pure voices than in fisticuffs between bearded men in barrooms. In the bar itself, a customer objects to the new “anarchist map” of the valley being hung on the wall, and the matter is settled by a quick vote. The map stays. The patrons turn back to their drinks. Pyotr and Josephine pass into local legend. And “Unrest” exits as it entered: expertly balanced, as though by precision pincers under a magnifier, between the heavy ideas on its mind and the mischievous lightness in its heart. 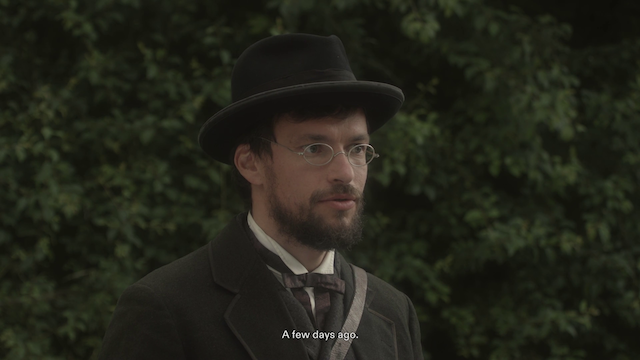 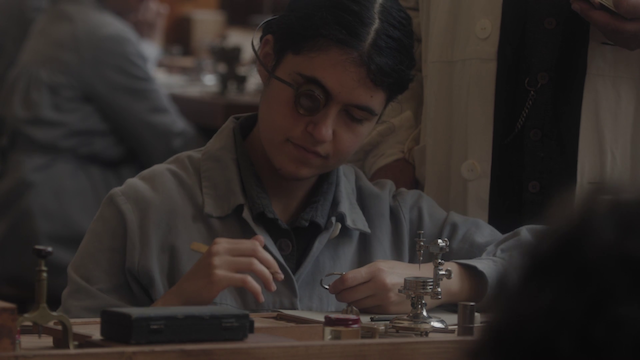 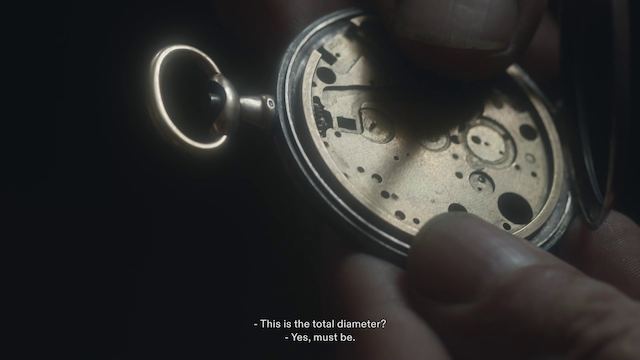