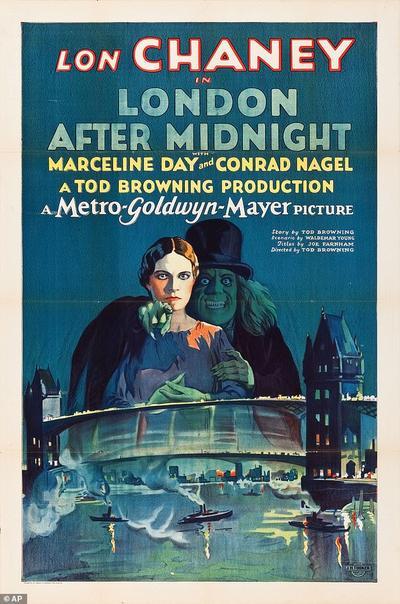 Quote:
After her father is falsely jailed for embezzlement and her mother dies of grief, Louise is adopted by a kindly stockbroker. 15 years later, she falls in love with his dissolute son Frank, a mistake that nearly proves fatal to her. The film’s main historical point of interest, though, lies in the still highly recognisable central London locations – but Dutch intertitles and copious print damage suggest that we’re lucky that this lively three-part melodrama survives at all.

Active in films from 1907, and making features as early as 1912, London-born AE Coleby (1876-1930) was a prolific silent-era director. Specialising in thrillers and melodramas, he was among the first to tackle such horror staples as Egyptian curses (The Mummy, 1912) and the perennial Chinese villain Fu Manchu (The Mystery of Fu Manchu, 1923). In the 1920s, he returned to making mainly short films, including a couple of early sync-sound experiments, but he died shortly after Britain’s talkie era began in earnest. Sadly, as with many silent filmmakers, most of his output no longer survives. END_OF_DOCUMENT_TOKEN_TO_BE_REPLACED