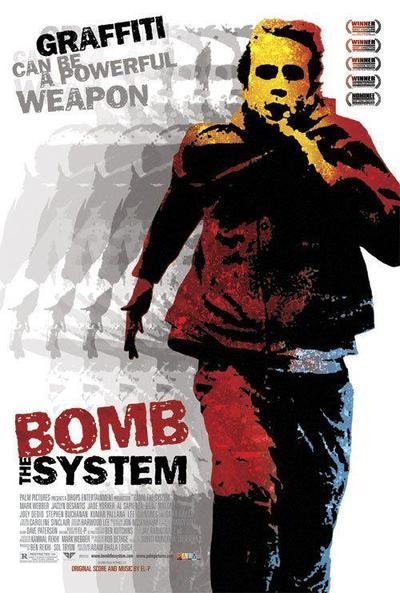 Summary:
A daring and fresh ensemble cast and crew have crafted a remarkable tribute to graffiti art and the city where it all began with Bomb the System. The director, producers, cinematographer, and other key crew members are all in their early 20s, and their debut feature deftly gives an uncompromising look at the life of urban youths. Blest, a 19-year-old graffiti writer, has just graduated from high school. With no ambition toward mainstream goals of work and family, he spends his time bombing the city with graffiti messages until he and his crew become the most wanted bombers by the corrupt NYPD Vandal Squad. He even attracts major media and gallery attention for his tags. Also part of Blest’s crew are Buk 50 and his younger brother Lune, whose arrest and beating by the NYPD causes the crew to wage a full-on graffiti war against the city. As they fight with their spray cans and their tags, Blest meets a political activist, Alexandra. Soon after, Blest’s relationship with Buk 50 and the crew fragments as Blest ponders his position in life. Writer/director Adam Bhala Lough, 23, finely weaves parallel relationships between everyone in the crew. With a lustrous production design and cinematography that utilizes the backdrop of New York City with radiant color that evokes as much as the graffiti, Bomb the System is a triumphant debut END_OF_DOCUMENT_TOKEN_TO_BE_REPLACED