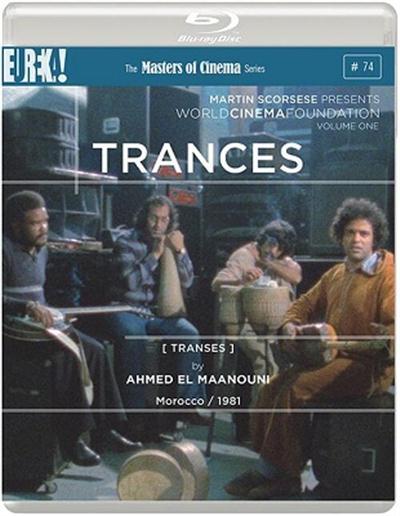 Quote:
It was in 1981 while I was editing a film, The King of Comedy. We worked at night so no one would call us on the telephone and I would have television on, and one channel in New York at the time, around 2 or 3 in the morning, was showing a film called Transes. It repeated all night and it repeated many nights. And it had commercials in it, but it didn’t matter. So I became passionate about this music that I heard and I saw also the way the film was made, the concert that was photographed and the effect of the music on the audience at the concert. I tracked down the music and eventually it became my inspiration for many of the designs and construction of my film The Last Temptation of Christ. […] And I think the group was singing damnation: their people, their beliefs, their sufferings and their prayers all came through their singing. And I think the film is beautifully made by Ahmed El Maanouni; it’s been an obsession of mine since 1981 and that is why we are inaugurating the Foundation with Trances. (Martin Scorsese, May 2007) END_OF_DOCUMENT_TOKEN_TO_BE_REPLACED