from the Roberto Curti article at esotika’s site:
“Decolonized Africa as a modern-day Little Big Horn, white men as general Custer’s soldiers: that’s how Cavallone described the concept that spawned Afrika (1973). It’s an uncomfortable, uncommercial premise that shows how little Cavallone cared of commercial issues. The theme is once again that of cultural/political clash, in a country – Ethiopia – that’s experiencing a sort of “new birth” after the end of colonialism. Cavallone echoed the confusion and identity crisis of a whole country with those of a group of Europeans who chose to hide themselves in the Third World rather than solve their existential problems. END_OF_DOCUMENT_TOKEN_TO_BE_REPLACED

“Two U.S. army deserters of the Vietnam War take refuge in Copenhagen, trying by all means to find a job to survive. Once there one of them becomes schizophrenic, recalling the murders and torture that took place on the front. He has many outbursts and is hidden in the home of a psychiatrist who is trying to heal with unorthodox methods.” END_OF_DOCUMENT_TOKEN_TO_BE_REPLACED

Two twin sisters are absolutely identical. Physically, but not mentally. In fact first sister is an unbridled nymphomaniac who continually collects sexual embraces. The second is timid and emotional. One day the first wants to involve her ingénue sister in this vicious circle, getting upsetting and unpredictable results. ‘La gemella erotica’ (Erotic Twin) was shot on Lake of Vico, central Italy. It is one of director Alberto Cavallone’s darkest films and one of the most indicative movie about Italian extreme cinema (banned to the minors), now become Cult Cinema. Also titled ‘Due gocce d’acqua’ (As Two Drops of Water), produced by Euritalia Cinematografica. O.S.T. was composed by maestro Carlo Carnelli. ” END_OF_DOCUMENT_TOKEN_TO_BE_REPLACED 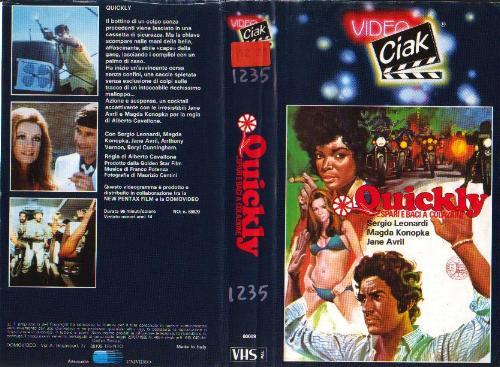