Aleksandar Petrovic – Skupljaci perja AKA I Even Met Happy Gypsies (1967)

Plain of Vojvodina, Serbia, where many Gypsies live. Married to a woman much older than him with whom he has already had many children, Bora is often absent. His job as a feather worker takes him from village to village. On the road, he falls in love with Tissa, a young, vagabond and wild Gypsy on the run. Her brutal and possessive father-in-law Mirta makes a wedding proposal to a young Gypsy, hoping to keep her close to him. But Tissa rejects her young husband and, unbeknownst to everyone, leaves with Bora in the mountains to get married by a monk. But very quickly, Tissa gets bored and runs away again, decided to join Belgrade… END_OF_DOCUMENT_TOKEN_TO_BE_REPLACED

Bice skoro propast sveta (1968)
Quote:
A bizarre and tragic love story involving swineherd, village fool, teacher and an agricultural pilot. The story unfolds in a remote village in the communist ruled Yugoslavia at the down of Soviet occupation of Czechoslovakia in 1968. END_OF_DOCUMENT_TOKEN_TO_BE_REPLACED

Three encounters of revolutionary Milos (Velimir “Bata” Zivojinovic) with death during the war. In the episode one, Milos is watching the death of someone else. In the second episode, he is being prosecuted by Germans. In the third episode, he lived throughout the war in the situation to decide human lives. The dilemma which haunted him during the war stays: whether to punish or forgive. END_OF_DOCUMENT_TOKEN_TO_BE_REPLACED 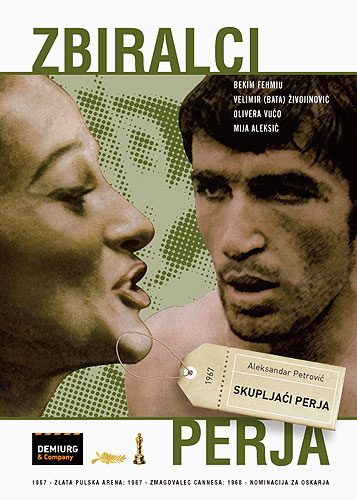 From IMDB:
Bora the Gypsy is married to an older woman, and he falls in love with the younger Tissa, who is being offered in marriage by her father, to a young gypsy man. This marriage arrangement is according to custom. Tissa rejects her husband, claiming he is not able to consumate the marriage, and Bora joins her. They get a monk in the mountains to marry them. Unable to return to the Gypsy camp, Tissa tries to reach Belgrad on her own, but a couple of truck drivers rape her, and she does return in misery to her tribe. Meanwhile, Bora defends his honour the traditional way, in a knife duwl, and kills his opponent. Therefore he, too, must leave the tribe. And yet, we’ll find happy gypsies… Written by Artemis-9 END_OF_DOCUMENT_TOKEN_TO_BE_REPLACED