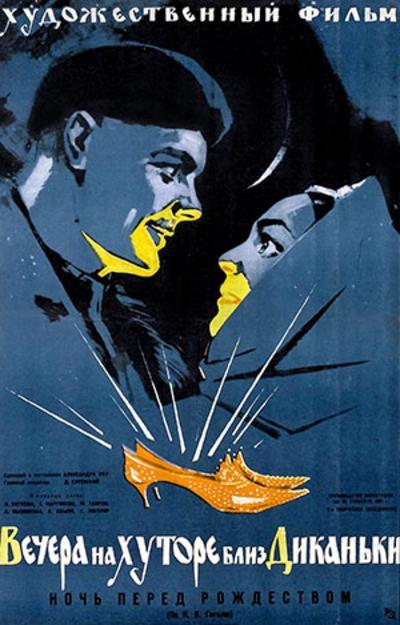 The whimsical combination of Christmas phantasmagoria and an eccentric fairy tale makes this film an unforgettable spectacle. The action takes place both in a village of Dikanka in the Ukraine and at the palace of a Russian Empress. Blacksmith Vacula has enraged the devil himself: in a church he painted the devil’s figure in such a way that even the hell’s inhabitants could not help laughing. Solokha, Vacula’s mother, is known to be a witch, not averse to flying on a besom. Vacula’s sweetheart, Oksana, demands for a Christmas present a pair of tcherevichki (shoes) that the Empress wears. Only then she will agree to marry Vacula. And the devil promises to help the blacksmith get the Empress’ shoes, on condition that Vacula sells him his soul. Meanwhile, Christmas is almost here. Based on Gogol’s story. END_OF_DOCUMENT_TOKEN_TO_BE_REPLACED 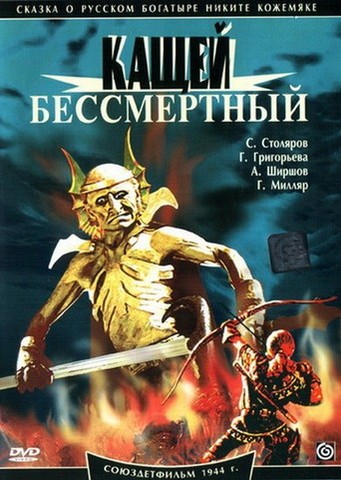 Quote:
The film is based on Russian heroic legends and folklore. In a tall mansion, the beautiful Marya Morevna is waiting for her bridegroom, the mighty warrior Nikita Kozhemyaka. The longed-for meeting may happen any minute, but all of a sudden the Russian land is invaded by the armies of Kashchei the Immortal that bring destruction and death. Marya Morevna is abducted, and Nikita Kozhemyaka finds just ashes on the site of his home. But thanks to a kindly wizard who gave him a cap of darkness, the hero will find a way to rescue his bride and rout Kashchei. END_OF_DOCUMENT_TOKEN_TO_BE_REPLACED