The film is set in southern Georgia, which until the end of XIX century was dominated by
the Ottoman Empire. Tragic times gave rise to people of high spiritual strength, such as
Antimoz Iverieli – the philosopher-educator. Having experienced as a child cruelty and
injustice, it becomes the path of public service. Having been removed by the Turks in
Romania, a hero by all means wants to return home. Sentenced to death, Antimoz
remains in the memory of his countrymen a champion of justice. END_OF_DOCUMENT_TOKEN_TO_BE_REPLACED 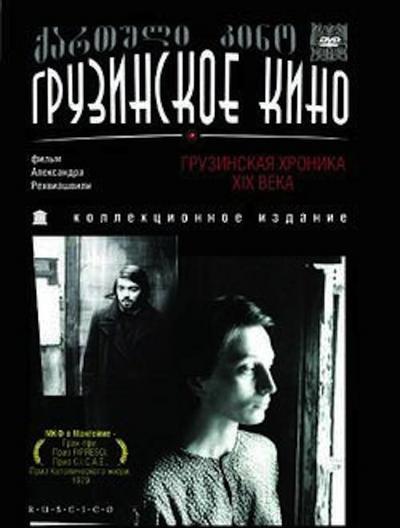 The debut film by Alexander Rekhviashvili, one of the leaders of the new wave’s first flow, Georgian Chronicle of the 19th Century (Gruzinskaya hronika XIX veka, 1979), places us in a Kafkaesque city where a lonely student goes through all the circles of bureaucratic hell to help the peasants of his home village win back their land from bourgeois industrialists. The distorted urban sets in the Chronicle remind one of German expressionism and Caligari. The horrifyingly circular structure of the narrative, the morose suspense of the slow-paced action, the atmosphere of silent torture in a vacuum, bring to mind Orson Welles’s The Trial. The long sequence in the forest where two assassins chase the student and finally eliminate him, leaving the rest of the film without a hero, is obviously influenced by Kurosawa’s Rashomon. What is harder to find in Georgian Chronicle is the influence of Rekhviashvili’s native predecessors in the Georgian school. END_OF_DOCUMENT_TOKEN_TO_BE_REPLACED