A logging camp, deep in the Mexican jungle is the setting for this dark, cataclysmic drama. A man and his family go to work in a mahogany camp, only to find themselves and their coworkers treated as semi-slave laborers and the recipients of beatings and brutal punishments. Pushed to the brink of fury, the man decides the only way out for himself, and his coworkers, is for him to lead them in a violent and bloody revolt against their oppressors. END_OF_DOCUMENT_TOKEN_TO_BE_REPLACED

Quote:
In this Mexican sci-fi fantasy, big beefy Martians invade the earth. Ostensibly they have come to warn people about the dangers of nuclear testing and exploring space, but too soon their real mission becomes manifest when they begin using their special powers and gadgets, including an airborne eyeball that shoots out rays, to exploit weak earthlings. They also begin performing biological experiments on some of the people until a brave hero rushes in to destroy the alien craft. Before he does, he manages to woo two of the female Martians. END_OF_DOCUMENT_TOKEN_TO_BE_REPLACED 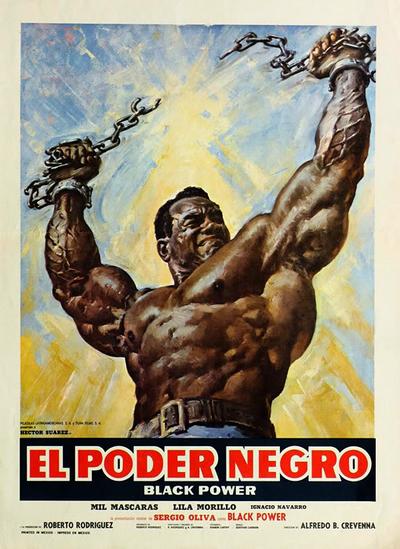 This movie was made as a showcase for former Mr. Olympia Sergio Oliva (who boasted a physique El Santo and Blue Demon could only dream of) and is actually a pretty legitimate drama compared to some of the off-the-wall lucha pictures being made at that time. Still, it reeks of the 1970’s with its loud fashions, garish color schemes and campy nightclub acts. Like many wrestling films of this era it was shot outside Mexico as a cost-cutting measure, in this case Venezuela. END_OF_DOCUMENT_TOKEN_TO_BE_REPLACED