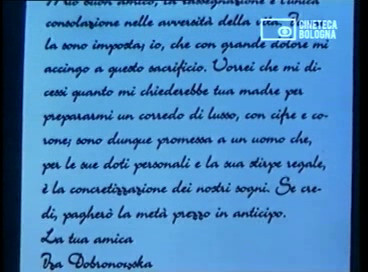 Quote:
It is ironic that the very few references to this excellent film that I was able to find online all referred simply to the fact that this was Vittorio De Sica’s first film!? And, it is true of course that the young De Sica appears in the film briefly as the son of the Clemenceaus, but the film has so much more to offer… Based on Alexandre Dumas fils’ novel, the film stars Francesca Bertinini as Iza in this tragedy of a woman trapped in a loveless marriage. At 107 minutes, this was a lengthy film for 1917. It is divided into two parts, chronicling the life of Iza as a girl or young woman, and her life as an adult. The story is told through the pen of her husband, and this is in several ways important in appreciating the subtle weight of what could on the surface look like a “typical” Diva film of the era, but which does in fact carry more psychological weight, and was inspired by the more complex dramas that Asta Nielsen starred in during the early teens. END_OF_DOCUMENT_TOKEN_TO_BE_REPLACED