Synopsis:
The film takes place in 1973 during the Yom Kippur War in which Egypt and Syria launched attacks in Sinai and the Golan Heights. The story is told from the perspective of Israeli soldiers. We are led by Weinraub and his friend Ruso on a day that begins with quiet city streets, but ends with death, destruction and devastation of both body and mind. Various scenes are awash in the surreal, as Weinraub’s head hangs out over a rescue helicopter’s open door, watching with tranquil desperation as the earth passes beneath, the overpowering whir of the blades creating a hypnotic state. It is not a traditional blood, guts and glory film. There are no men in battle, only the rescue crew trying to pick up the broken pieces. END_OF_DOCUMENT_TOKEN_TO_BE_REPLACED

Quote:
As the 1987 trial of Nazi war criminal Klaus Barbie unfolds on television, Victor Bastien (Hippolyte Girardot — Lady Chatterley) reviews old family documents and finds a distressing “Aryan declaration” authored by his late father, a discovery that throws Victor’s conception of his family’s history into darkness. His mother, Rivka (legendary actress Jeanne Moreau — Jules and Jim, Eva), keeps a stubborn silence about the past, while Tania (Dominique Blanc), his sister, defends their father’s declaration. At the same time, Victor’s wife (Emmanuelle Devos — Kings and Queen) and children grow concerned about his increasing distraction. Burning with the need to unearth the truth, Victor takes his family to the tiny village where Rivka’s parents were forced to hide during the war. END_OF_DOCUMENT_TOKEN_TO_BE_REPLACED 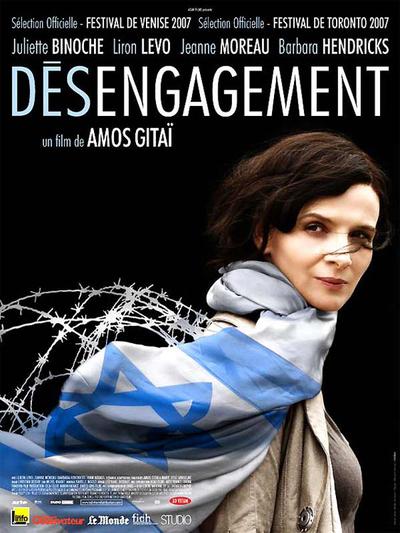 Plot:
A political drama centered around Israel’s pullout from the occupied Gaza strip, in which a French woman of Israeli origin (Binoche) returns to the West Bank END_OF_DOCUMENT_TOKEN_TO_BE_REPLACED 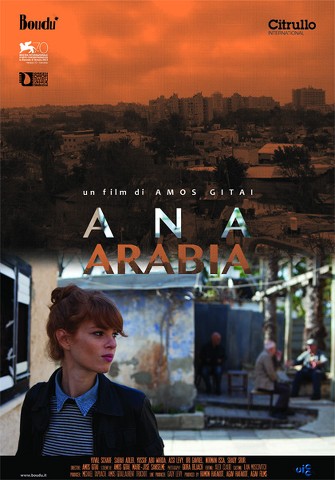 Plot
Filmed in one sequence-shot of 1:25, Ana Arabia is a moment in the life of a small community of outcasts, Jews and Arabs, who live together in a forgotten enclave at the “border” between Jaffa and Bat Yam, in Israel. One day, Yael, a young journalist, visits them. In these dilapidated shacks, in the orchard filled with lemon trees and surrounded by mass public houses, she discovers a range of characters far removed from the usual clichés offered by the region. Yael has the feeling of having discovered a human goldmine. She no longer thinks of her job. Faces and words of Youssef and Miriam, Sarah and Walid, of their neighbors, their friends tell her about life, its dreams and its hopes, its love affairs, desires and disillusions. Their relation to time is different than that of the city around them. In this tinkered and fragile place, there is a possibility of coexistence. A universal metaphor. END_OF_DOCUMENT_TOKEN_TO_BE_REPLACED