A musical exploring the complex relationship between an artist and his muse.
END_OF_DOCUMENT_TOKEN_TO_BE_REPLACED 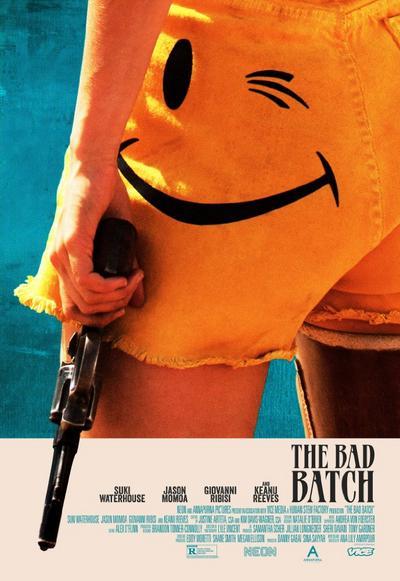 Quote:
“The Bad Batch” turns a completely ridiculous premise — dystopian warfare in a sun-bleached desert filled with cannibals, a raving cult leader, desperate thieves and LSD — into a warm, at times even elegant salute to the transformative power of companionship. This should come as no surprise to anyone familiar with writer-director Ana Lily Amirpour’s sleek debut “A Girl Walks Home Alone at Night,” another creepy premise given fresh life. With “The Bad Batch,” Amirpour pairs elements of “Mad Max” and “The Texas Chainsaw Massacre” with western flavor for another beguiling ride. The scale has expanded and there are a few more recognizable faces this time around, but nothing about the movie’s inspired wackiness bears the whiff of compromise. END_OF_DOCUMENT_TOKEN_TO_BE_REPLACED